In week 2, we considered the treatment regimen choices that Carlos was offered of either injecting a mixed insulin twice daily or using two different insulins each day.

Carlos decided to inject himself with two different insulins (rapid acting and long acting) as he felt this offered greater flexibility to him in terms of meal timings with his shift work.

Every evening, he administers an injection of long acting insulin that provides a ‘background’ dose of insulin for up to 24 hours.

In addition, to cover the spikes in blood glucose following a glucose containing meal, Carlos administers an injection of rapid or short acting insulin before he eats, so that it can work with newly arriving glucose from the meal to ensure it is rapidly taken up and does not remain in the bloodstream. 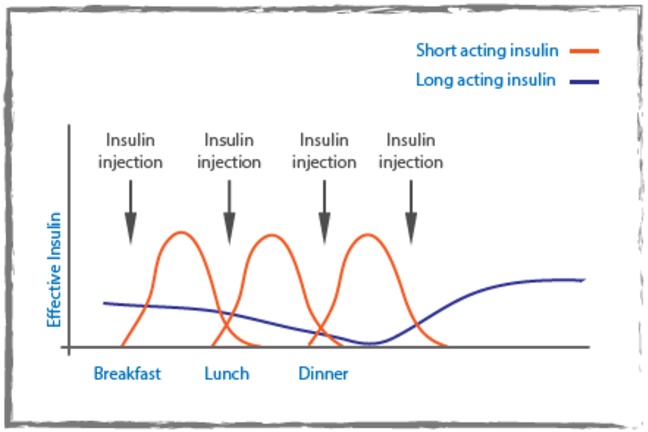 He regularly undertakes fingerprick blood glucose testing to check his levels are in range.

Carlos is currently injecting insulin up to four times each day. He goes to see his doctor as he is concerned that his sugar levels have been persistently high for a few days. If his blood glucose levels are persistently above 11.1mmol/L this is also known as hyperglycaemia. 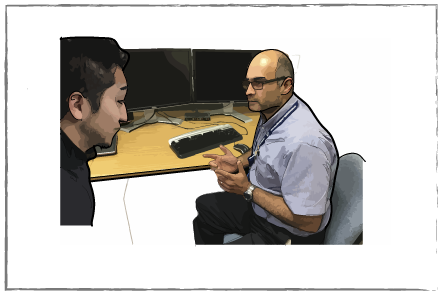 Figure: Carlos talking to his doctor

If someone using insulin reports persistent high blood glucose levels it is easy to just increase the insulin dose but before this is done a number of physical checks should be made.

Once the doctor is happy that it is not the stress of another illness that is causing a raised blood glucose, he asks Carlos a few questions about the insulin itself.

After chatting to the doctor Carlos – being lazy – realised he had been leaving his insulin vials in sunlight rather than packing them away which had made them less effective when administered.

He resolved to be more careful in his insulin storage in the future.

What are some of the ‘stresses’ that might upset diabetes control in men and/or women?