This article focuses on two case studies on vaccine preparedness - one on influenza virus and one on Rift Valley fever.
© BSAC

The influenza virus originates in areas around the equator, where it causes infections all year round, then spreads to the Southern and Northern hemispheres during their respective winter periods. The influenza viruses regularly undergoes genetic mutations which can be minor (drifts) or major (shifts). These changes mean that each year the influenza vaccine in use needs to be modified to ensure it is effective against the most recent circulating strains. This is done in the following ways: 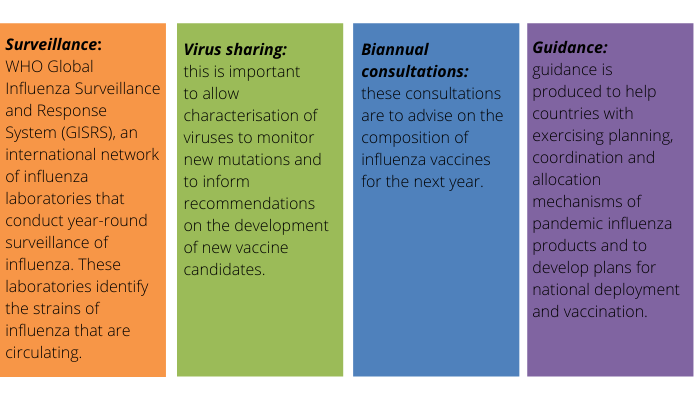 If you require a text version of the image above, this is available as a PDF.

Rift Valley fever (RVF) is a viral infection that predominantly causes disease in wild and domestic ruminants but can be transmitted to humans through contaminated animal products or infected mosquitos, as illustrated below. 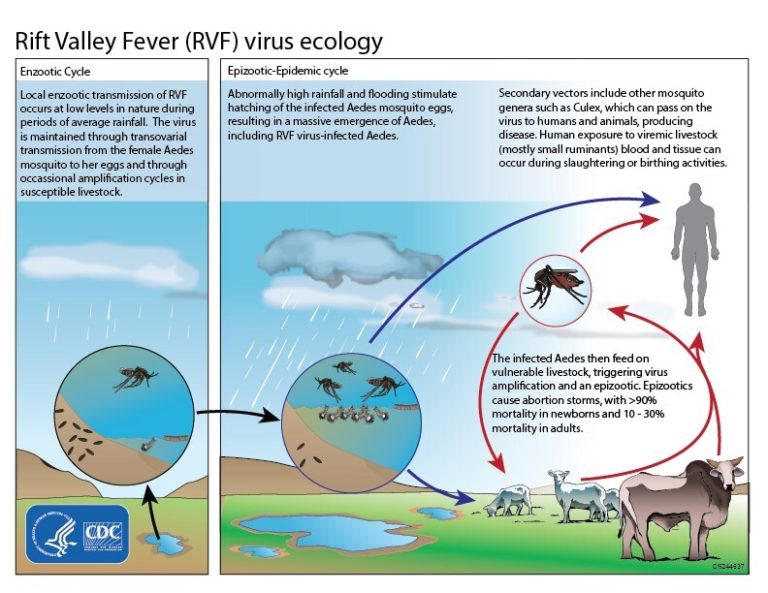 Image sourced from Centers for Disease Control and Infection. If you require a text version of the image above, this is available as a PDF.

The infection cannot be spread from human to human but has caused several outbreaks in humans in the African continent. There are many species of mosquito that can become infected and the worldwide distribution of mosquitos means that this is an infection with potential for global spread. Other factors such as the intensification of global trade and global warming increase the likelihood of Rift Valley Fever outbreaks.

Dr George Warimwe talks about the impact of RVF on animals and humans and why a vaccine is needed.

Vaccine preparedness is vital to ensure outbreaks are controlled as quickly and effectively as possible.