This article explores the parlour game of musical dice, which allows musical compositions to be composed from musical fragments. 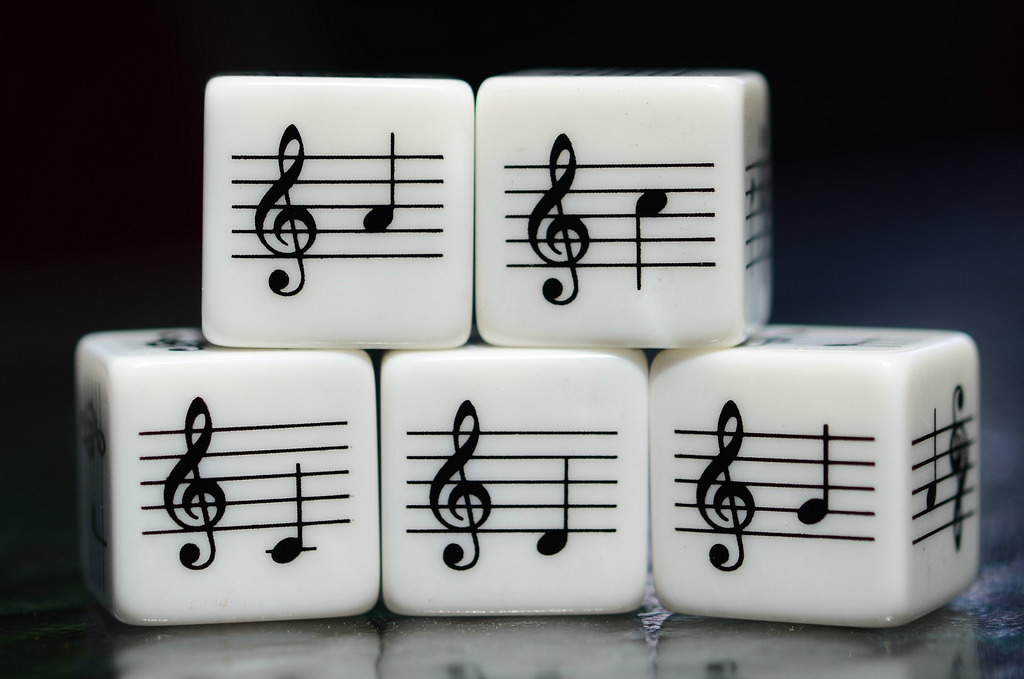 Much adaptive music works by piecing together smaller fragments of music in different ways.

As an approach, this is very similar to a musical parlour game, musikalisches wurfelspiel, or musical dice, that has been played for centuries and was reportedly enjoyed by Mozart.

The idea was for the composer to write musical fragments that could be pieced back together in any order, and then for a new composition to be composed from these fragments by rolling dice.

Below, I’ve included a document that presents some additional background to the musical dice game, some recorded musical fragments, and three short compositions composed from them. What I’d like you to do is to listen through to both the fragments and the finished compositions.

Firstly, can you identify the fragments in the final compositions? How different or similar are those final compositions? What changes between them? Is it the musical structure or is it the fine detail of the work? You might notice that the transitions between some sections work better than others – there’s a variable sense of musical continuity across the different compositions. What, then, do you think are the strengths and limitations of this sort of rule-driven approach to composition? Would it be possible to use a more ‘controlled’ type of randomness – weighted probabilities, perhaps – to drive the system? How might this help?

Post your thoughts to the comments section and, if you’re feeling adventurous, you might like to have a go at writing some new musical fragments and playing your own game of musical dice.

You can download a short document outlining the game of musical dice here.

The musical fragments and finished compositions for a Musical Dice Blues are available here.