This article describes Napoleon's exile on the Isle of Elba, his escape and his ambition to forge a new French empire. 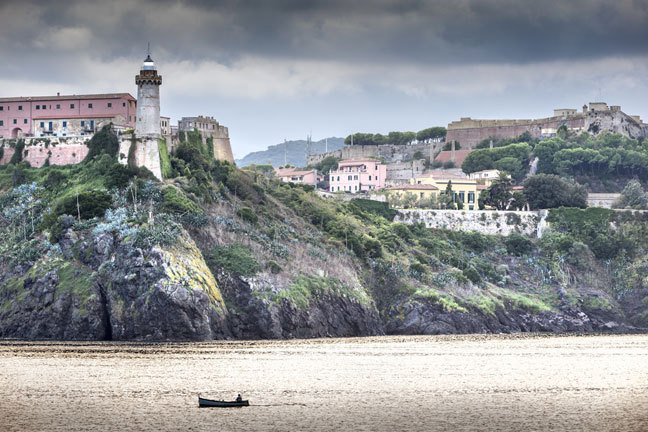 By the end of 1814 Napoleon had begun to consider quitting Elba and raising his standard again in France. The initial novelty and challenge of ruling his island empire had paled and he was frustrated at what life had to offer on this small expanse of territory. He had never really accepted defeat and reports from France gave him reason to hope that he still enjoyed popular support. He also faced financial difficulties: the French government had not paid the 2 million francs set out in the treaty of Fontainebleau and his cash reserves were nearly exhausted.

What was life like for Napoleon on Elba?
While a marked contrast to the lifestyle he had enjoyed as Emperor of the French, Napoleon’s life on Elba was a comfortable if much more simple existence. He resided in a villa in Portoferraio that had been built by the Medicis, where he had the services of domestic staff, as well as of secretaries and a doctor. After insisting that the British government guarantee the treaty of Fontainebleau and his personal safety, he had been accompanied by the unofficial British representative on the island, Sir Neil Campbell. As part of the arrangement Campbell remained in residence on Elba to keep a watch on him. Napoleon, as ruler of Elba, was permitted to maintain a small military force of Imperial Guards, who had followed him from France, and of Poles and Mamelukes loyal to his person; he had also developed a small navy, with the frigate Inconstant at its heart. There were no restrictions on visitors — with the exception of the Empress Marie-Louise and their son — and Napoleon was able to keep in touch with the outside world. It was through the constant communications that he received that he could monitor events in France, learning of the discontent with the returned Bourbon monarchy.

How did he escape?
Napoleon’s moment came at the end of February 1815. He carefully chose a time when Sir Neil Campbell had left the island for consultations in Florence and there were no British naval vessels in the vicinity. On 26 February 1815, in the Inconstant and with other, small vessels, Napoleon left Elba for good with a force of around 650 Guards, 100 Polish lancers and Corsican and Elban volunteers, heading for the south of France. They landed near Antibes on 1 March and took control of Cannes. The small force then began their arduous march north with the aim of reaching Paris by 20 March. Poor communications in France meant that news of Napoleon’s escape and arrival in France did not reach Paris for some days.

What was the reaction in France?
Progress was initially easy. The first major resistance came near Grenoble on 7 March, where a number of regiments had been ordered to arrest Napoleon. Faced with their former Emperor, his emotional appeal won them over. This established a pattern that was repeated as Napoleon moved north. Even Marshal Ney, who had sworn allegiance to Louis XVIII and who was seen by the French government as the last hope of stopping Napoleon, lost his resolve when faced by the Emperor.

The return of Napoleon to Paris
On the evening of 20 March Napoleon entered Paris. Louis XVIII had left the city earlier in the day, realising he did not enjoy sufficient support amongst the populace to resist. Napoleon now worked hard to present himself as a changed man, more liberal and willing to make concessions to woo opinion. He introduced constitutional reforms with a view to more consensual politics — legislative power was to be shared between the Emperor and two parliamentary chambers — and the drafting of a new constitution was set in hand. Yet at the same time he was also preparing for war. Ignoring ministers who cautioned against further bloodshed, Napoleon was determined to raise an army to fight the allies and to create a new French empire.

What did Napoleon’s return mean for the allies?
For the allies, whose representatives were still meeting at the Congress of Vienna, the situation was clear. Whatever constitutional arrangements Napoleon might offer France were not relevant. For them war was now the only option to force him from power a second time.