This article describes how the armies at Waterloo were organised, the tactics adopted, and how oders were given to them. 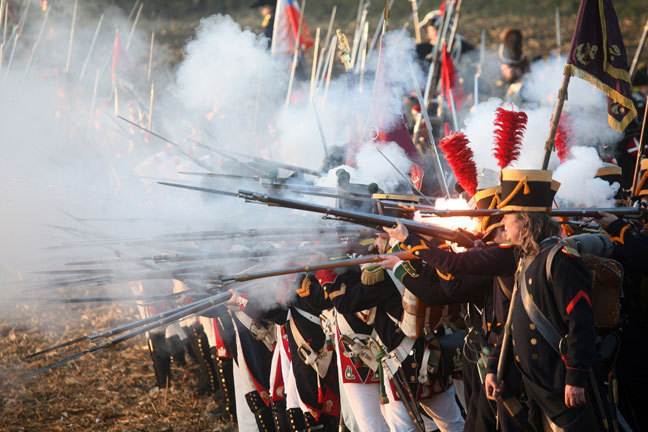 The three armies at Waterloo — the French under the overall command of Napoleon, the Anglo-Allied forces commanded by Wellington, and the Prussian forces commanded by Field Marshal Blücher — were broadly organised along similar lines. Corps and divisions
The largest independent military unit was the corps: at Waterloo Wellington had three infantry and one cavalry corps, Napoleon four infantry and two cavalry corps, and Blücher eventually brought one whole infantry corps and parts of two others onto the field. These corps were composed of divisions (usually two or more brigades), brigades, regiments and battalions, although the Prussian army used large brigades rather than divisions. Normally corps were commanded by generals or lieutenant generals within the British army and by a général de division in the French; the divisions were led by major generals, brigades by brigadier generals and regiments and battalions by lieutenant colonels or majors. There were some differences at Waterloo, with the divisions in the British army commanded by lieutenant generals. In the eighteenth century, it was understood that a division would have forces of all arms — infantry, cavalry, artillery; the French, however, concentrate either infantry or cavalry in their divisions, linking them up into larger corps d’armée.Regiments and battalions
The basic unit in these armies was the regiment. In the British army, regiments were led by a colonel. The regiment varied in size — a consequence of the way the army had been expanded in the early 1800s — but with two battalions, and officers, on active service it might total some 2,250 men. The first battalion, the stronger of the two, was composed of about 1,000 men, made up of 10 companies of 100; the second battalion might only put in the field about 700 men (as the less able soldiers, those deemed ineffective for various reasons, would have been transferred to it from the first battalion). Warfare depleted the ranks and regiments took time to return to full strength.Chains of command
The chain of command stretched from the commander in chief of the army to the general in the field, and down to his non-commissioned officers in the field. Staff officers were link across this chain, the channel of communication by which a commander controlled and commanded his army. Staff officers of the French army were more numerous at Waterloo, partly because Napoleon needed to keep in touch with not only the Armée du Nord but also with other armies on the frontier and with the government in Paris. The French army, like that of the Prussians, had staff officers at every regimental headquarters. The staff around Wellington usually numbered 40 or more, although his personal staff consisted only of his military secretary, Lord Fitzroy Somerset, and his aides-de-camp.Communications between commanders
Wellington and Blücher had met in Brussels in May when they had discussed a strategy for the campaign and agreed the disposition of their respective forces. To facilitate communication between the two armies, liaison officers were placed at their headquarters and the communication links across the forces were carefully maintained.Wellington and Napoleon as commanders
Unlike Napoleon who was prepared to delegate to Marshal Ney — commander of the left wing of Armée du Nord and tasked with overseeing the initial attack on Wellington’s lines — or his corps commanders, Wellington rarely if ever delegated. The exception at Waterloo was the control of the cavalry, which he delegated to his nominal second-in-command, Lord Uxbridge. All day at Waterloo Wellington gave orders to the infantry and artillery units as he saw fit, but left the cavalry to Uxbridge. Wellington did not use the corps as tactical entities — and we do not necessarily hear of the corps commanders. Instead, following his usual practice of issuing orders directly to divisional and other commanders, Wellington expected to move around the battlefield, with his staff in his wake, to wherever his presence was needed. While this allowed his commanders less scope for initiative, this type of leadership was perfectly feasible for a commander overseeing a defensive strategy — as Wellington was — but it would have been difficult to sustain if the Anglo-Allied force had been fighting an offensive battle. Napoleon had the initiative. Even on such a small battlefield as Waterloo, Napoleon could not, even if he had been inclined, lead and encourage every assault, making delegation to his commanders essential.Battle tactics
Precision in military manoeuvres was crucial to the armies of the early nineteenth century, especially to infantry, which formed the bulk of all the forces engaged. Muskets, the principal infantry weapon, were only effective at limited range, perhaps not much more than 100 yards. This meant that in the battles of the late eighteenth and early nineteenth century opposing armies often fought at close quarters. British drill manuals therefore set out how to deploy in line, to ensure that the greatest firepower might be concentrated on the enemy — marching in column until close at hand was one tactic, as it was much easier to advance in this way rather than in a long, extended line. At Waterloo, the allied army was deployed over a front of some two to three miles, in great density, perhaps 24,000 men to the mile. 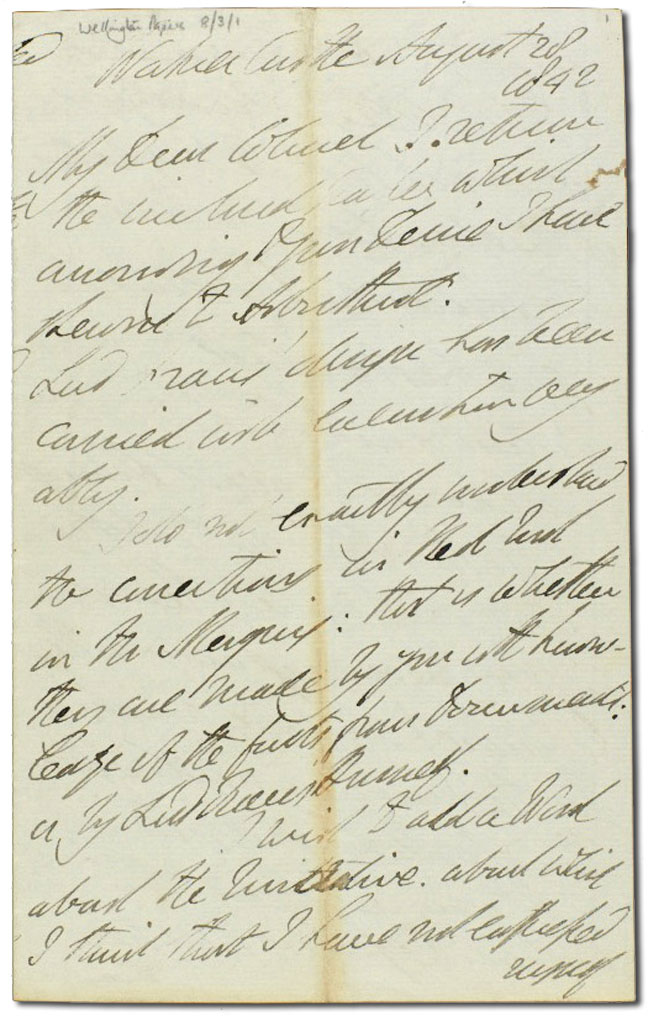