Stability for France after the Battle of Waterloo

This article describes how the Allied Powers established peace and maintained law and order in France after its defeat at Waterloo. 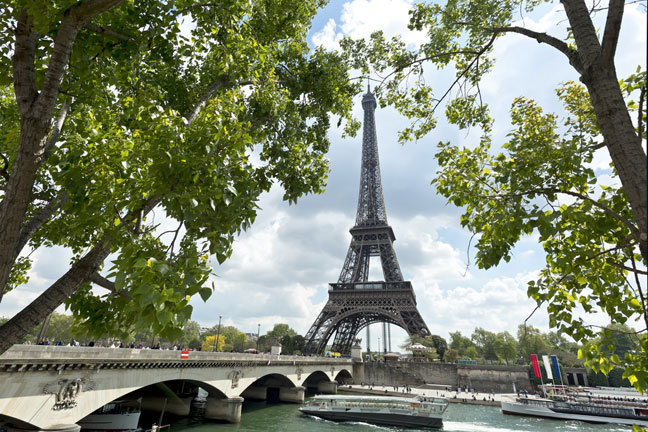 The military convention of 3 July 1815 brought a formal cessation of hostilities, but there remained much to be done if France was to have peace. This article takes you through the allied occupation of Paris and some of the problems that faced the allied commanders. Wellington worked closely with Lord Castlereagh over the negotiations for a lasting peace and you might like to consider some of his arguments in the activity below. What were the issues facing the allies in France?
First and foremost was the question of an established and credible authority — and it was important that there was no vacuum of power. At the same time, there was a keen interest in the fate of Napoleon himself, sentiments which had the potential to destabilise the situation further. There were many supporters of Bonaparte in France: defeat at Waterloo and his exile did not necessarily reconcile them to a new order. The Bourbons had not managed to establish themselves authoritatively in 1814-15, and there were now difficult decisions to be taken about loyalty — and treasonable behaviour — if the Bourbons were to be restored. We have seen how these subjects had been anticipated in some of Lord Liverpool’s correspondence with Lord Castlereagh: the question was now how these subjects were to be worked out.Secondly, the allies had to be clear what it was they were expecting to do in France with their armed forces, and how they were to subsist.Thirdly, there were many other legacies of Napoleonic rule that had to be dealt with, from the country’s finances and the poor state of the economy, to the restitution of works of art brought to Paris from occupied countries.On 4 July, Wellington wrote to the Duc d’Otrante (who was shortly to become minister for police in the new government of Louis XVIII) to remind him that the allied powers could not treat in any way with the government of Napoleon, which they deemed to have usurped its authority, and therefore to urge upon him the necessity of the Assemblies and the provisional government of France declaring in an address to the King of France that they had, in everything, acted in the interests of France and that they wished this to be known to the King.Return of Louis XVIII
Louis XVIII made his formal entry into Paris on 8 July, and immediately named Lieutenant General Dessolles to command the national guard there, and Lieutenant General Maison to the command of the First Division of the army, the headquarters of which were in Paris. The King also announced a government to be headed by Prince Talleyrand, who was to be foreign minister as well. It was critical for the King to have a strong government and that his authority become accepted. This was a real problem. Lord Liverpool, writing to Lord Castlereagh on 15 July, focused on the French army and the securities the allies would need:

Though the King may follow the advice which has been given to him by disbanding his army, I am afraid that very little dependence will be to be placed on any army formed out of the same materials: and if an army could even be otherwise constituted, what dangers might not be apprehended from 40,000 officers unemployed, men of desperate fortunes, and possession a large proportion of the talents and energy of the country!

Law and order
Responsibility for law and order had been remitted to the local authorities in Paris and, by extension, elsewhere; but it was not always sufficient. Wellington was able to reassure Marshal Gouvion St Cyr on 13 July that the members of the gendarmerie who had gone with the army to the other side of the Loire would be allowed to return to their posts as ordered and would not be seized, dismounted or disarmed on the way. In Paris, the national guard were responsible for keeping law and order, and allied troops had been stationed in addition in the principal public squares of the city, as a reserve. By 23 July, it was felt that the national guard was not always willing to put down disorder and orders were therefore issued to make sure that the allied garrison was ready to act. Beyond this, there were other tensions.
Prussian demands
The Prussians wanted to destroy the Pont d’Iéna, out of national pride (it commemorated Napoleon’s victory over the Prussians at Jena in October 1806), and Wellington remonstrated with them, pointing out that the French government was prepared to change name and that its destruction was incompatible with the military convention. Nor did the Duke approve of the Prussian position that they should exact a contribution from Paris: all the allies had an interest in a settlement at the end of the war, and it would not be likely that they would accept a position that only benefited one. Wellington urged Blücher to put these matters to one side until the allied sovereigns could arrive in Paris and a fuller discussion might begin.
Local opposition
There was other local opposition: on 13 July, the Sous Préfet of Pontoise who had refused to accept a requisition for foodstuffs, declining to do so unless a military force strong enough to take them was sent, was taken on Wellington’s orders as a prisoner of war. He received a note from the Duke saying he was treating him as a soldier and sending him to England; if he were to consider him as an adherent of the usurper — Bonaparte — he would have had him shot. At the same time, allied troops had to be prevented from plundering France. Wellington urged Castlereagh on 14 July that there had to be a system of regulating the requisitions and contributions that were being levied on the country, or there would be serious consequences:

We shall immediately set the whole country against us, and shall excite a national war … I assure Your Lordship that all the information I receive tends to prove that we are getting into a very critical state; and you may depend upon it that, if one shot is fired in Paris, the whole country will rise in arms against us. I hope that some measures will be adopted without delay which shall put an end to this state of affairs.

The intention was not that the British government should pay for the requisitions of its troops, but that they should be made in a regular fashion — that Britain’s allies were not as effective in doing this had led to some embarrassment in obtaining supplies for the British army. Political opinion was that France should bear a part of the expenses of the war.