This article describes the origin and influence of the annual Waterloo Banquet held by the Duke of Wellington at Apsley House. 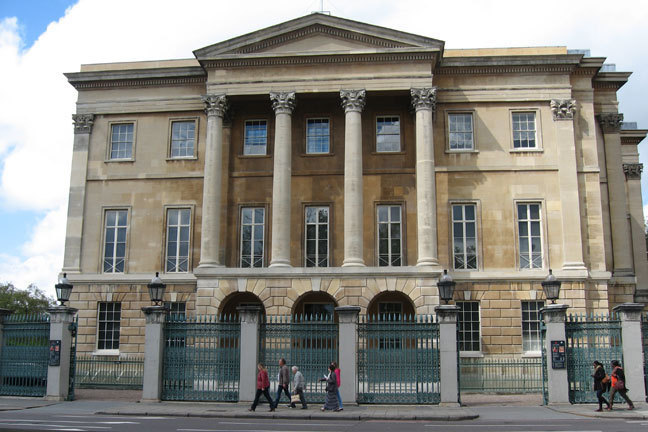 In 1816, the Duke of Wellington purchased an impressive London residence, Apsley House, befitting his stature as a national hero. Known as Number 1, London, this was the first house (at the corner of Hyde Park) that was reached after the tollgate at Knightsbridge. The house had previously belonged to the third Earl Bathurst and to Wellington’s brother, Richard, Marquess Wellesley. Under Wellington, the house was repaired and a new dining room created.

It was in this room, probably in 1820, that the first Waterloo Banquet was held. The dining room could seat no more than 35 and that meant that only the most senior officers among the participants in the battle could attend. We know a little about the furnishing of the room: on the walls hung portraits of the allied sovereigns — and the great centrepiece on the table came from Portugal’s victory gift to Wellington, the extraordinary silver service known as the Baixela da Victoria (‘the victory table service’). This had been started in 1813, as a diplomatic gift to mark Wellington’s progress through the Peninsular War, but was not completed until 1816.

The Waterloo Gallery
In 1828–30, Wellington employed Benjamin Dean Wyatt to construct what became known as the Waterloo Gallery at Apsley House. This was ready in time for the Waterloo Banquet in 1830. It was hung with some 100 pictures, many of which had come from the Spanish royal picture collection. The pictures were among the baggage of Joseph Bonaparte, the intruded King of Spain, which was captured by Wellington after the Battle of Vitoria in June 1813, and which their rightful owner, Ferdinand VII of Spain, subsequently gave to the Duke. As well as the paintings, for the Waterloo Banquets the 90 foot long gallery could house a magnificent table, with the Portuguese service. The dinner was a private occasion, but the public were admitted to the gallery before the dinner. Here they could see the table setting and the other extraordinary services of plate and porcelain which the Duke had been given, including the Prussian service, a gift of King of Prussia, decorated with scenes from the Battles of Vitoria and Waterloo; the Egyptian service, of Sèvres porcelain, made for Napoleon Bonaparte and a gift to Wellington from Louis XVIII of France; and the Saxon dessert service, of Meissen porcelain, a gift of Frederick August I of Saxony.

Who attended the Waterloo Banquet?
The Waterloo Gallery could seat some 85 people for the annual banquet (it was rarely used for dining except on this occasion). While the character of the event was a military one, attended only by men, with more space than the dining room there was opportunity for inviting distinguished guests who had not taken part in the battle. In this way, Albert, the Prince Consort, attended, as well as ministers of the allied powers. The banquet of 1836 was depicted by William Salter c.1840, a detailed series of portraits of individual soldiers listening attentively as the Duke stood and spoke.

Press reports
The banquets were widely reported in the press, provincial as well as metropolitan. Through the 1840s mentions of the occasion appeared in publications across the United Kingdom, from the Tipperary Free Press and the Cork Examiner in Ireland, to Scottish newspapers such as the Inverness Courier and the Elgin Courant and Morayshire Advertiser, alongside English local publications including the Exeter and Plymouth Gazette, the Bucks Herald, the Reading Mercury and the Taunton Courier and Western Advertiser. A private occasion the dinner might have been, but it was one that attracted attention and made connections across the land.