The Duke of Wellington After the Battle of Waterloo

This article describes the political life of the Duke of Wellington in the 30 years following the Battle of Waterloo. 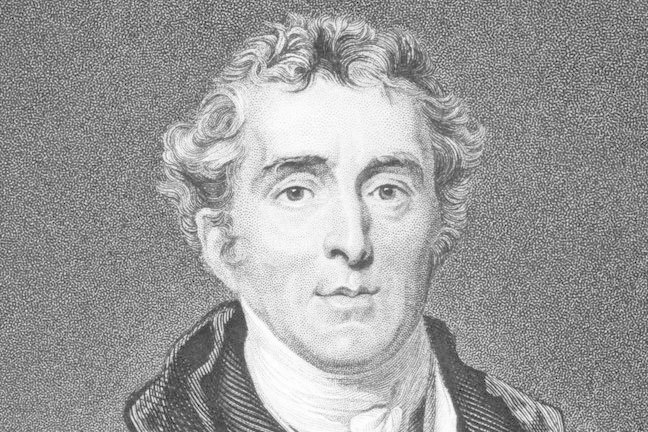 After Waterloo, Wellington was in the public eye as never before. He was both a military man and one who had a political role for the remainder of his life. His pre-eminence in military affairs, however, was sometimes at odds with his political career.

Wellington and the government
The Duke had returned to England after the occupation of France and the Congress of Aix-la-Chapelle in 1818, where he had been one of the British representatives — and had immediately joined the cabinet in Lord Liverpool’s Tory government as Master General of the Ordnance. Lord Liverpool had been Secretary of State for War and the Colonies in 1809–12 and Prime Minister since 1812: in both capacities he had worked closely with Wellington. Wellington took on the Master Generalship professing political neutrality and his continued desire to serve his country. The post had often been held by an individual who was both a military man and a politician, and part of the role was to provide the voice of military experience within the cabinet. Beyond this, the Master General had responsibility for the artillery and engineers, and also for munitions and similar supplies. He was not, however, the commander in chief of the army — that position had been held by Frederick, Duke of York, one of the sons of George III, since 1795 (with one short gap). The Duke of York died in early January 1827 and Wellington succeeded to the command — but his relationship with the office was not to be felicitous, at least, not at first.

While Wellington was not the government’s only military adviser, the Duke remained a distinguished one. But governments, to his frustration, did not necessarily follow his advice. In the later 1840s, Wellington was concerned at what he saw as Great Britain’s lack of military preparedness. In 1847, he noted to Sir John Fox Burgoyne:

I am bordering upon 77 years of age passed in honour. I hope the Almighty may protect me from being the witness of the tragedy which I cannot persuade my contemporaries to take measures to avert.

View Course
Wellington’s reputation as a politician
Wellington’s political career has had a mixed reception from both contemporaries and historians, although the latter have, over the last 30 years, re-evaluated the contribution he made in later life. The Duke was Prime Minister twice, in 1828–30 and, briefly, while Robert Peel returned from abroad, from November 1834 to December 1834 — when he held at the same time the Home Office and the seals of the other government departments. On Peel’s return to London, Wellington became Foreign Secretary, holding office until April 1835. In Peel’s government of 1841–6, Wellington was a cabinet minister without office — he had led the Conservative peers in the Lords since his retirement as Prime Minister in 1830.
Commanding the cabinet
As Prime Minister, the Duke was inclined to command, treating his cabinet colleagues as if they were his staff officers rather than his equals. His was not a collegiate approach, and he was apt to be intolerant and authoritarian. Yet he had many of the characteristics that were required for the highest office — and historians now recognise his skills as a politician. He had been in politics almost as long as he had been a soldier, sitting in the Irish Parliament in the 1790s. The Duke was a master of detail as well as of the broader picture; he had impressive administrative ability; he was a man for commonsense solutions; he was as ambitious as ever, of unfailing courage, and as convinced as he had been in military life that he had the qualities the country needed — and that he should offer himself for political service in a way that would make a profound difference.
His great strength was his ability to manage the king — firstly George IV, particularly in the crisis over Roman Catholic emancipation, the most important measure of Wellington’s government of 1828–30; and, secondly, William IV. His relationship with Peel was not always an easy one, but difficult measures, such as the repeal of the Corn Laws in 1846, were seen through. While Wellington was keen to give the impression that he had in mind a public duty, the service of the king’s government, his approach to politics was in fact much more nuanced. He had at the same time a pragmatic and political realisation of when it was better to concede, for example, to allow the passage of the Reform Bills in 1832.
The hero of the age
In later life, Wellington was regarded as the hero of the age — the vicissitudes of his political office had largely faded. In October 1843, Thomas Raikes, a great clubman, had the good fortune to visit the Duke at Walmer Castle (the Duke was Lord Warden of the Cinque Ports and this was one of his favourite residences; indeed, it was where he died in 1852). Raikes noted:

Every memorial will be interesting hereafter of the habits and characteristics of one whose name will fill the pages of history … The respect paid to the Duke in England is as universal as it is great, and he is perhaps the only man in history who, attaining such high glory and reputation, enjoyed it during his lifetime.

While we might today rank Churchill in the same category, there can be few others that are their peers.
Document: Caricature: ‘Achilles in the sulks after his retreat, or the great captain on the stool of repentance!!’, attributed to Thomas Howell Jones, published 7 May 1827.
View the caricature
Wellington has just resigned as commander in chief of the army. The Duke sits grumpily in full military dress, the commander in chief’s baton lying broken on the floor. On the table in front of him is the King’s letter accepting his resignation: ‘His Majesty accepts the resignation of His Grace the Duke of Wellington with the same regret that it is communicated.’ A painting of the Battle of Waterloo hangs on the wall to remind us of the Duke’s military glories, a contrast with the peevish individual seated in the chair, who has been passed over for Prime Minister in favour of Canning.
The reference to Achilles connects this image to the statue in Hyde Park, which can be seen through the window — it was located in the park close to Apsley House, the Duke’s residence. The pointed quotation is from Book 18 of Homer’s Iliad, Achilles’ lament on the death of Patroclus, declaring that he will kill Hector:

Here for brutal courage far renowned,
I live an idle burden to the ground,
Others in counsil fam’d for nobler skill
More useful to preserve than I to kill.

Here it suggests the Duke had lost the non-partisan spirit with which he had joined Lord Liverpool’s government, that he now was as enmeshed in petty politics as others.