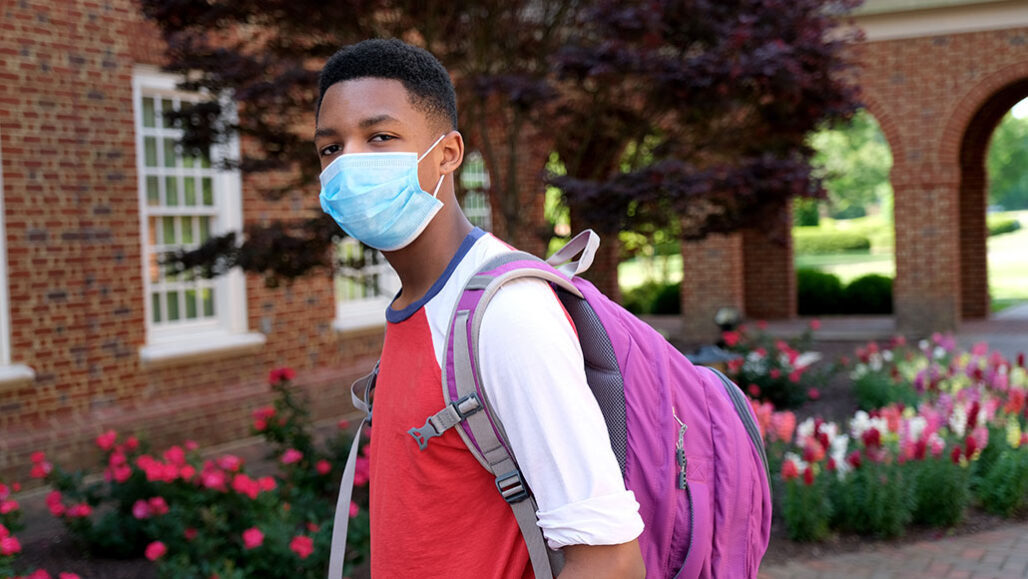 Nearly 1.5 billion children and youth are out of school (UNICEF 2020) which is an unprecedented scale, with 188 countries imposing countrywide closure. Close of schools pose a particular risk for adolescents. There are serious concerns that the longer the school closure the greater is the risk of drop-outs, child marriage and child labour.

Edmonds (Lancet CH, 2020) discusses the issues of school closure. While much of the data cited is from higher income countries the debate and issues are global.

UNESCO estimated that more than 60% of the world’s students have had their education disrupted by national school closures during the COVID-19 pandemic. These closures are likely to result in damage to children’s social, psychological, and educational development, as well as lost income and productivity in adults who cannot work because of childcare responsibilities. It is likely that children from low-income backgrounds will probably be more adversely affected than children from high-income backgrounds. Compared with influenza and most other respiratory infections, children seem to be largely spared by COVID-19. If infected, children typically have mild disease. This comparative lack of severe disease changes the benefit-to-cost ratio associated with closing schools: most children will only get very mild disease, if infected, but at the cost of all children suffering as a consequence of school closure. Yet at the population level, the benefits of closing schools might outweigh the costs if children play a key role in transmission to others.

Macartney and colleagues (2020) did a detailed study of severe acute respiratory syndrome coronavirus 2 (SARS-CoV-2) transmission in schools and early childhood education facilities in New South Wales, Australia, during the early part of the epidemic. They focused on the paediatric and adult population who had attended a school or early childhood education facility while infectious (defined as 24 h before symptom onset). 27 primary cases were identified (56% staff). 1448 close contacts were identified. Nearly half of these close contacts were tested virologically or serologically, yet only 18 secondary cases were identified. These very low rates of infection need to be interpreted with caution, because mitigation measures were in place: most educational facilities were closed briefly after case identification, and close contacts were expected to home quarantine for 14 days. Nevertheless, the results do align with findings from a similar study from Ireland, also done during the early part of the epidemic.

A notable exception to the general pattern of very low attack rates in school settings occurred during an outbreak centred in a high school in northern France. Infection attack rates were high in students (aged 14–18 years) and staff (38% and 49%, respectively), and much lower among parents and siblings (11% and 10%, respectively) suggesting that infection was concentrated within the school environment. A follow-up study in local primary schools revealed much lower infection rates (6–12%) among staff, students and family members, and no convincing evidence of any secondary transmission within schools. The contrast between the infection rates in the secondary and primary schools might turn out to be important. Contact tracing from South Korea suggests that rates of COVID-19 among household contacts of cases was lowest when the index case was younger than age 10 years (three [5%] of 57) and highest when the index case was aged 10–19 years (43 [19%] of 231). If young children are less infectious than adults, then there must be an age when they start to become as infectious as older individuals. The French and Korean studies suggest that this might occur during adolescence, which could have major implications when schools, colleges, and universities return fully, as they must do soon.

Panovska-Griffiths and colleagues fitted a model to UK data and assessed a number of policies for easing lockdown. They found that reopening schools (even partially) is likely to lead to a second wave of infections, unless testing is scaled up significantly. These studies give potential options for keeping schools open and show the clear importance of adequate contact tracing and testing. However, many questions remain, including whether there are age related differences in susceptibility and the likelihood of transmission between children and adolescents.

We urgently need large-scale research programmes to carefully monitor the impact of schools reopening. There are no quick fixes to this terrible pandemic. However, it is becoming increasingly clear that governments around the world need to find solutions that allow children and young adults to return to full-time education as safely and as quickly as possible.