The use of contraception has increased rapidly across the world since the first regulatory approval of the contraceptive pill in the United States in 1960. In this step, Dr Kathryn Church and Dr Christopher Smith discuss the different contraception options that are available and how they have changed over time.

Today, there are over 750 million women purposefully aiming to space or limit the number of children they have.1 While contraceptive prevalence is highest in high-income countries, it has also increased rapidly in poorer countries over the past fifty years (see Figure 1). 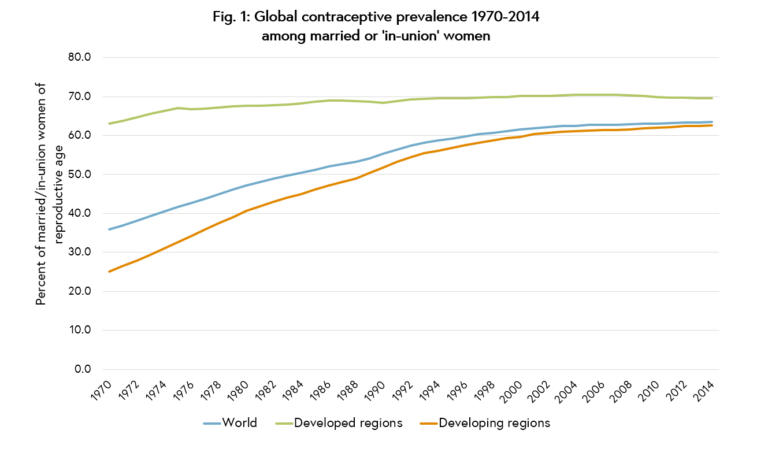 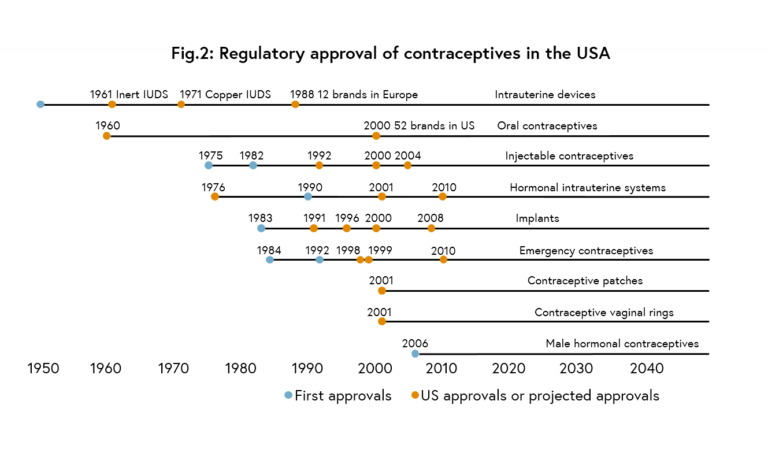 Over the course of the last century, there has been a shift away from traditional and less effective methods, such as withdrawal, periodic abstinence or the condom, to modern methods that more reliably prevent pregnancy.

Today, the most commonly used contraceptive is female sterilisation, used by 19% of married or ‘in-union’ women, followed by the IUD, used by 14% of women. These figures, however, mask considerable variation in the types of methods used in different regions and countries.

The large populations of contraceptive users in India, China and North America rely primarily on sterilisation or the IUD, pushing up global averages. In Europe and Oceania, most women rely on the pill (21% and 14% respectively), while in Africa, the most common methods are pills and injectables (8% each).

While not included in these global estimates, which are measured among married women, condoms are a common method of choice for young people across all world regions.2 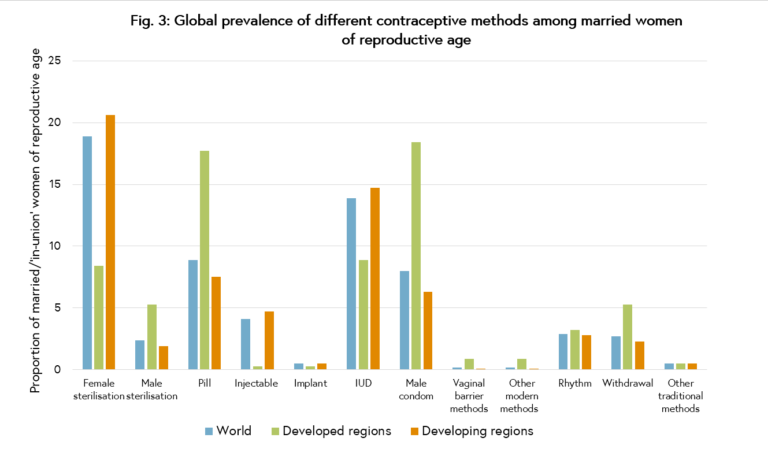 Contraceptive options and preferences are also changing over time. Contraceptive implants, which were given regulatory approval in the 1990s, are increasingly being used across all world regions due to their very high efficacy in preventing pregnancy, ease and duration of use, and relatively good side-effect and safety profile.

While the prevalence of implants still remains very low compared to other methods, the availability of lower-cost formulations has allowed the method to be promoted in some of the world’s poorest countries (see Figure 4). There are also new types of formulations of contraceptives continually emerging which aim to increase ease of use, reduce costs, and minimise bothersome side-effects.

For example, an auto-disposable injectable, the Sayana Press, was recently approved offering a new formulation of the progestogen-only injectable Depo-Provera® which can be self-administered.3 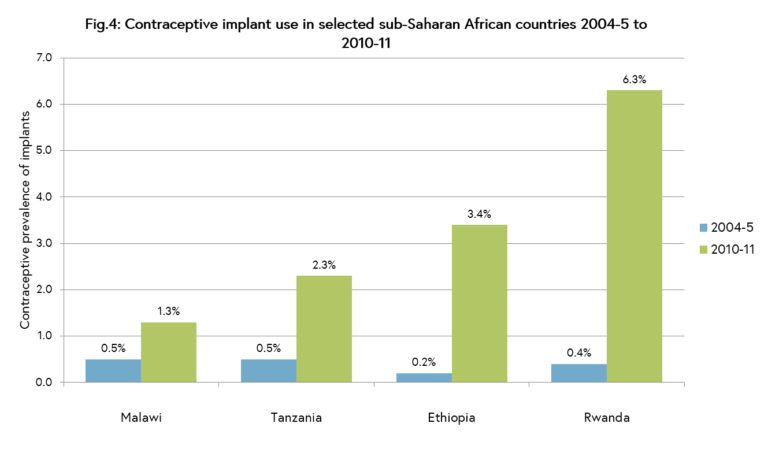 As demand rises across the world for effective and user-friendly contraceptives, there is now a clear imperative to ensure a wide range of method options are made available to all women and their partners.

Too often contraceptive choice is still highly restricted in the world’s poorest countries, due to a range of factors including costs, lack of provider knowledge or skills, supply chain problems, failure to promote and raise awareness of new methods, or lack of political action to introduce them.

Greater efforts are also needed to increase male involvement in family planning. While sterilisation can be performed on both men and women, only 2% of men worldwide have undergone the procedure.

Given high rates of ‘method discontinuation’ across many countries, i.e. abandonment of family planning when still needing or desiring to prevent pregnancy, there is also now a global push to promote the use of long-acting, reversible methods of contraception (known as LARCs), in particular implants and the IUD.

While shorter-acting options will always be needed, in particular for young and unmarried women, LARCs are popular because users are more likely to continue method use and thus effectively prevent pregnancy in the long term (see Figure 5). 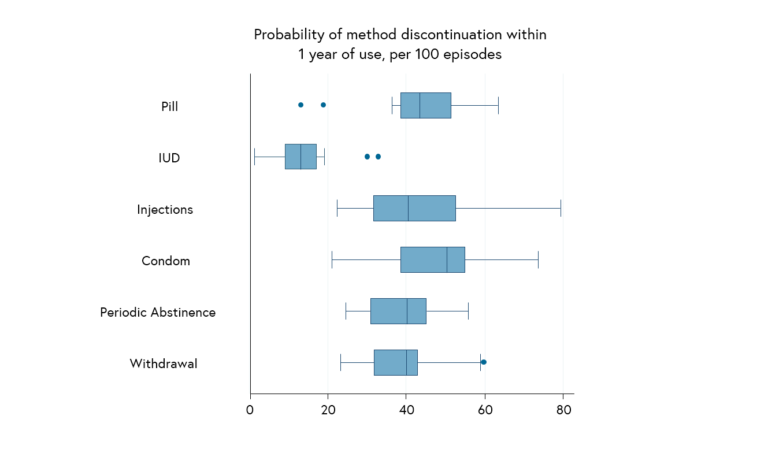 If you’d like to learn more about improving the health of women, children and adolescents, check out the full online course from The London School of Hygiene and Tropical Medicine, below.