The issue of maternal health equity

Read about the inequities in maternal care, how these lead to different maternal outcomes and what can be done about them. 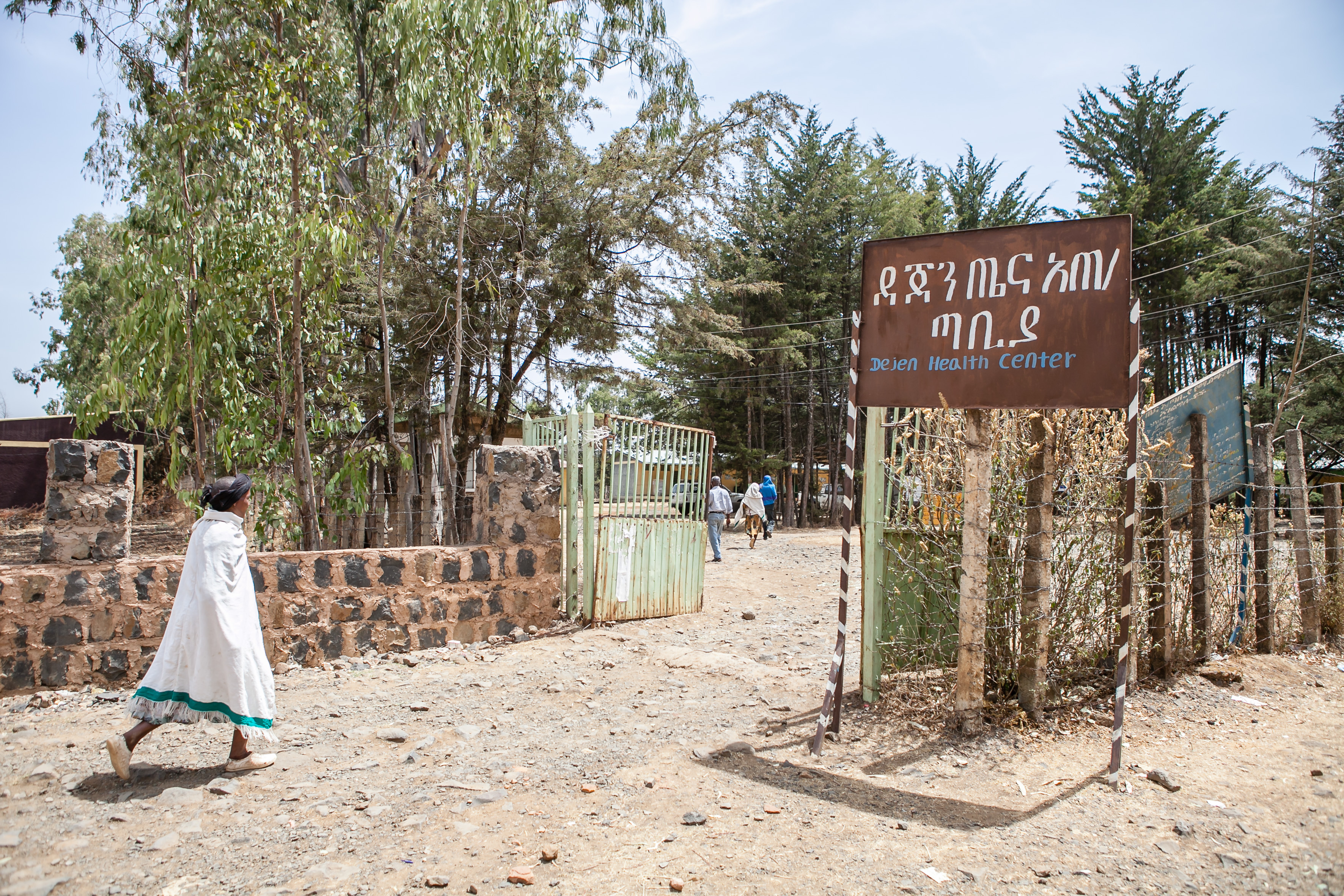 In the 1840s, the German pathologist Rudolf Virchow recognised that “to understand health or illness one must understand the social conditions in which health and illness are created, identified, defined, and continued.” Steps this week have discussed a variety of contexts and health systems and how they relate to the achievement of good maternal health outcomes, with the differences between women living in high- versus low-income countries being particularly striking. In this article, Dr. Lenka Beňová and Professor Oona Campbell focus further on why women living in the same country might not reach the same maternal health outcomes. They also discuss strategies that could reduce such differences or inequalities. Health inequalities are often referred to as inequities to stress their inherent unfairness.

In maternal health, it has been noted that:1

“[a] link between poverty and maternal health has been clear for more than a century, and is lent support by extensive evidence from rich countries. The reasons for these differences are not well understood. Large discrepancies exist between the rich and the poor in the uptake of antenatal and delivery services, but this is unlikely to be the sole explanation. Indeed, historical and contemporary research shows that there are many dimensions to disadvantage in addition to economic factors, which operate through subtle and indirect pathways to influence outcomes.”

As discussed previously, access to good quality obstetric care at the time of delivery is crucial to averting the majority of maternal mortality and morbidity. However, there are large inequities in access to good care, where poorer and more disadvantaged groups of women use less health care. 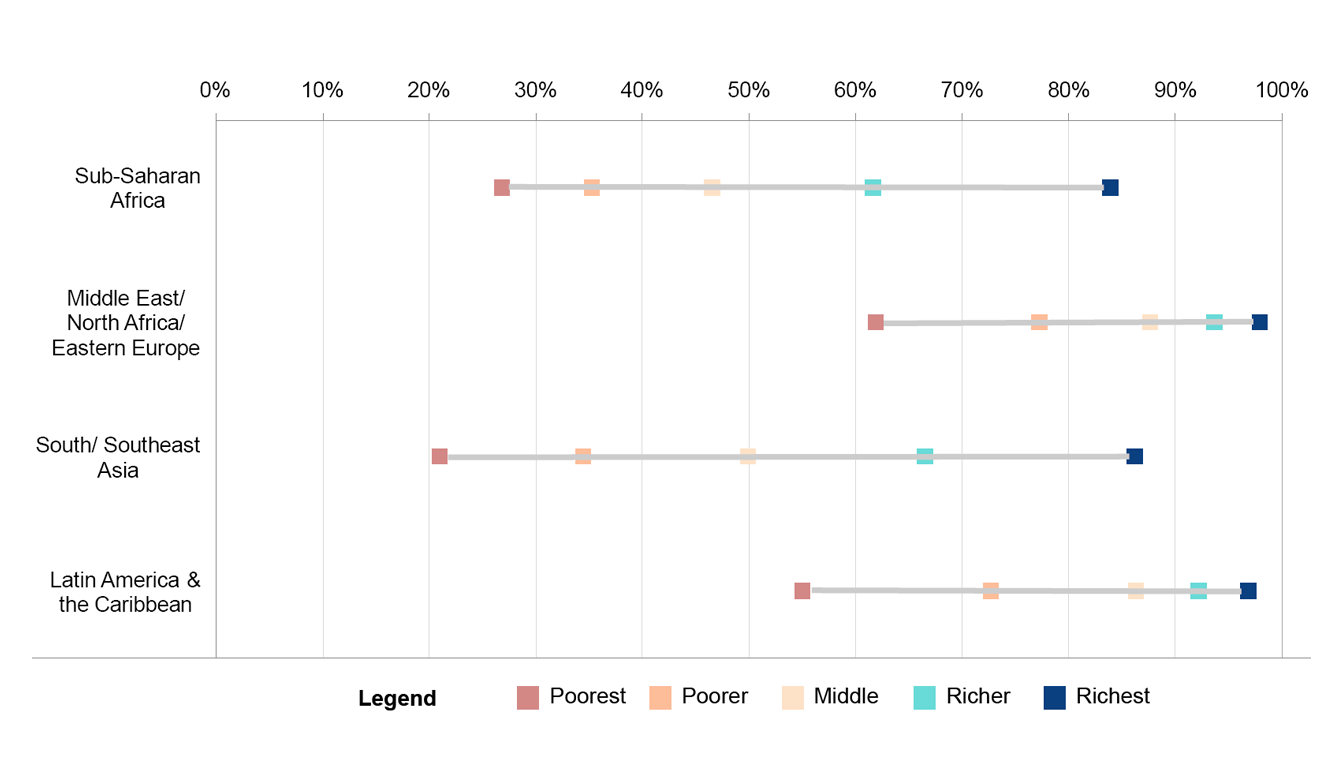 View Course
Figure 1 shows that in 57 countries there were large differences in the proportions of women receiving appropriate delivery care by women’s wealth.2 In this study ‘appropriate care’ was defined as either delivering in a health facility or having a skilled birth attendant present at delivery if the birth occurred in a non-facility location, for example, the woman’s home. Extreme gaps in access to appropriate delivery care were seen in all four geographic regions. The largest inequity was seen in South/Southeast Asia, where only 20% of the poorest women accessed care compared to almost 90% of the richest women.This figure also shows the extent to which such inequity is detrimental to whole societies. The two regions with the highest levels of appropriate care coverage for the population of all women (Middle East/North Africa/Eastern Europe at 84% and Latin America & the Caribbean at 79%) are the regions that have the narrowest inequities between poor and rich women. While the richest women in all four regions have near-universal access to appropriate delivery care, achieving universal coverage of appropriate delivery care for all women depends on reaching the poorest, most remote and vulnerable women with good quality delivery care.

Socio-economic disadvantage can accumulate from conception through childhood and into adulthood. Numerous mechanisms can lead, over time, to poorer health among women from disadvantaged groups. These mechanisms ultimately combine with poorer access to healthcare at the time of pregnancy and delivery to result in higher maternal mortality and morbidity.One example of the importance of early childhood on maternal health in adulthood relates to early childhood nutrition. Short stature in adulthood is heavily influenced by poor nutrition and frequent infection in the early years of life. In adulthood, short women are far more likely to experience obstructed labour, which is one of the most common preventable factors underlying maternal and perinatal morbidity and mortality in low- and middle-income countries. Further, short stature is associated with fistula and is an independent risk factor for caesarean delivery. Moreover, while obstructed labour can be successfully managed with a caesarean section, women from disadvantaged groups often have less opportunity to access good quality emergency obstetric care on a timely basis. 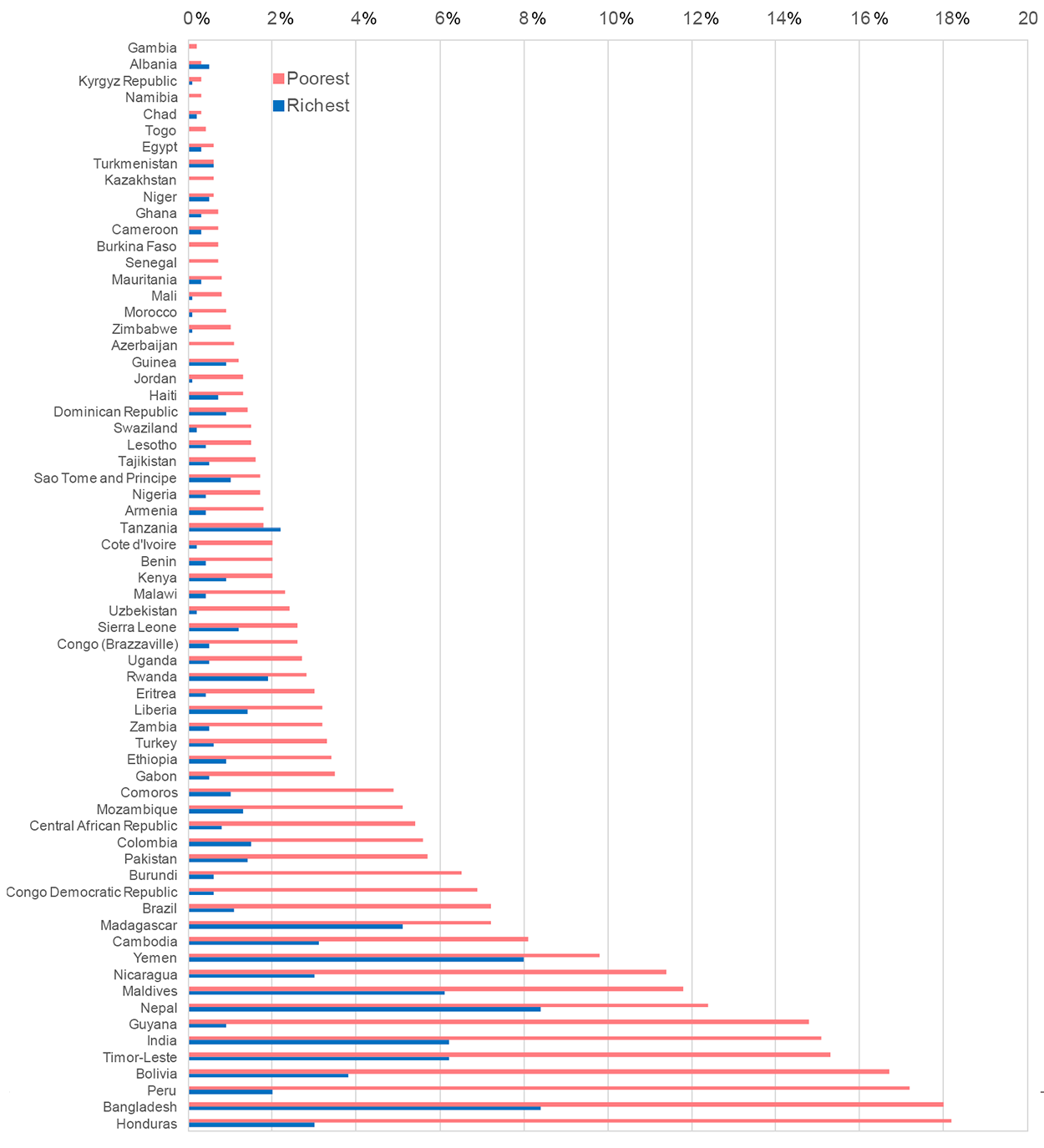 Figure 2. Proportion of women in reproductive age with short stature (<145 cm), by wealth. DHS Programs/STATCompiler (2015).3Figure 2 shows the proportion of women with short stature (height of <145 cm) among the poorest compared to the richest women in reproductive age (15-49 years) in 66 low- and middle-income countries between 1995 and 2014. The percentage of all women that were short ranged from 0.1% in Albania and the Gambia to 13% in Bangladesh. Despite this variation across countries, the figure shows that women from the poorest households were consistently more likely to be short than women from the richest. The three exceptions to this rule were Albania, Turkmenistan and Tanzania, where the proportions of short women between the two wealth groups were broadly similar. The inequity in short stature was most extreme in Guyana, where the poorest women were more than 16 times more likely to be short than the richest.Inequity in maternal health does not always stem from poorer women being at a disadvantage. One pathway that may lead to worse health among women with more resources is lifestyle. More specifically, lifestyle behaviours may be associated with worse maternal and newborn health outcomes. For example, being overweight or obese, smoking, or being less physically active may be more prevalent among wealthier women than among poorer women in some countries. These are all associated with worse maternal health outcomes. Another pathway that could lead to inequities disadvantaging wealthier women is quality of care and harmful medical interventions. 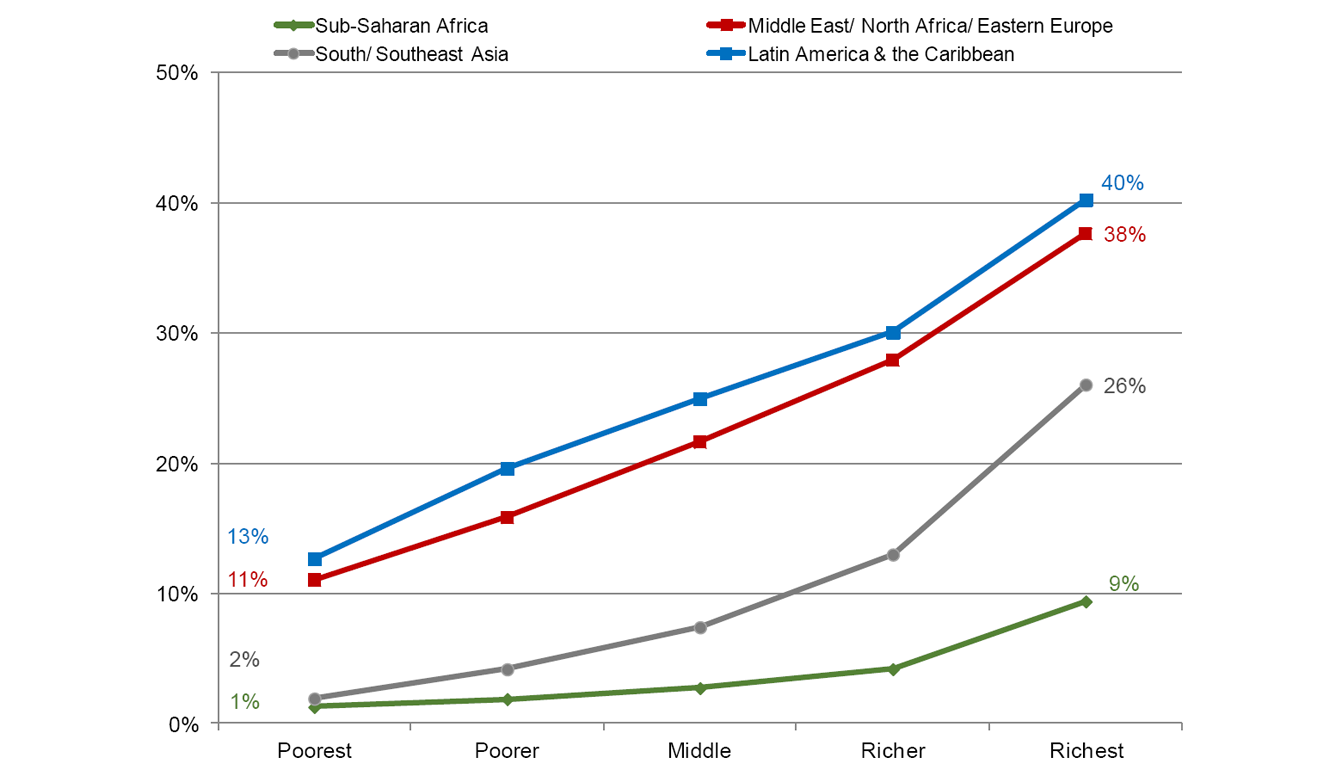 In this article, we highlight examples of the complex ways in which inequities in maternal health are produced. Reducing inequities depends largely on a better understanding of how they are produced in each context, and on a commitment from policy-makers to ensure that a country’s health system delivers acceptable, affordable and good quality care to all women, from early childhood throughout their entire reproductive lifespan.Programmes designed to expand coverage of effective maternal services among disadvantaged groups and narrow inequities in maternal health have been implemented in many countries. Some strategies include:However, studies assessing whether various interventions can reduce maternal health inequity are still limited. The impact of these interventions on health equity appears to depend greatly on its appropriateness for the chosen context.Try to think about whether your country would be classed as high-, middle- or low-income, and how this impacts upon health equity. What types of inequities exist in your country? What might be the most suitable strategies to help remedy them?
© London School of Hygiene & Tropical Medicine

Hi there! We hope you're enjoying our article: The issue of maternal health equity
This article is part of our course: Improving the Health of Women, Children and Adolescents: from Evidence to Action