Find out more
Home / Healthcare & Medicine / Improving the Health of Women, Children and Adolescents: from Evidence to Action / What do we mean by newborns and stillbirths?

What do we mean by newborns and stillbirths?

In this article, read about the definitions of newborns and stillbirths and how they are classified. Let's explore. 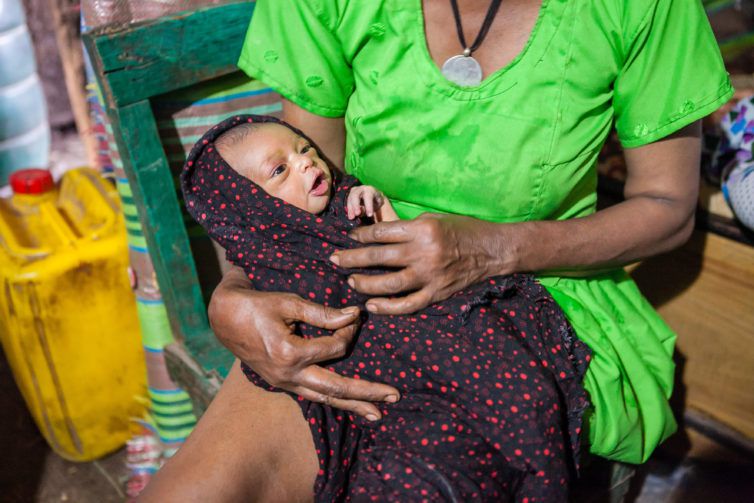 In this article, we’ll outline and describe some of the terminology used regarding newborns and stillbirths, as there are distinct classifications that it’s important to get right.

Fetal death or stillbirth is defined as a baby born with no signs of life at or after 28 weeks gestation. The definition is taken from the International Classification of Diseases (ICD-10)1 which also provides thresholds to classify a stillbirth as either a late fetal death, early fetal death, or a miscarriage.

Figure 1 demonstrates the timeline for pregnancies, including definitions of the type of death by the stage at which they occur. 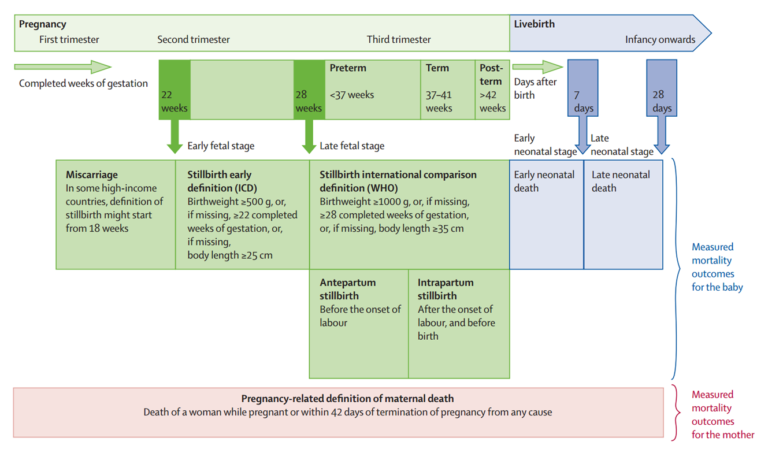 If a baby is born alive and show any sign of life before they die, they should be classed as a neonatal death, given a death certificate and included in national data systems. However, there is variation in the application of stillbirth definitions, especially in high-income countries.

Sometimes, and especially in settings without basic newborn care where the baby is not assessed properly to see if they are breathing or to check for a heartbeat, then a live birth may be misclassified as a stillbirth.

Preterm birth is defined as before 37 completed weeks (see Figure 1). This is simplistic, and there are steep increases in the risk of death at lower gestational ages and some up to 39 weeks so this cut-off may be debated.

Traditionally, low birth weight (<2500g) (LBW) has been used as a marker of small babies at the highest risk of mortality and morbidity during the neonatal period and infancy, as well as of long-term developmental and physical health consequences, including effects on growth, insulin resistance and cardiovascular health.

With around 20 million (15%) of all newborns worldwide born with a low birthweight each year, this group represents a substantial burden. The <2500g LBW cut-off is also simplistic due to risk being aligned to birth size and gestational age especially. More detailed studies are critical for understanding and reducing the burden.

Unfortunately, in the highest-burden settings, less than half of babies are weighed at birth, and fewer have accurate gestational age dating to delineate preterm and SGA. Whilst considerable progress has recently been made for estimating the burden of preterm and SGA, much remains to be done to improve the input data.

If you’d like to learn more about improving the health of women, children and adolescents, check out the full online course from the London School of Hygiene and Topical Medicine, below.