Find out more
Home / Healthcare & Medicine / Improving the Health of Women, Children and Adolescents: from Evidence to Action / What can data tell us about why children under five die?

Read about where data on child deaths come from and why there may be gaps in the data. 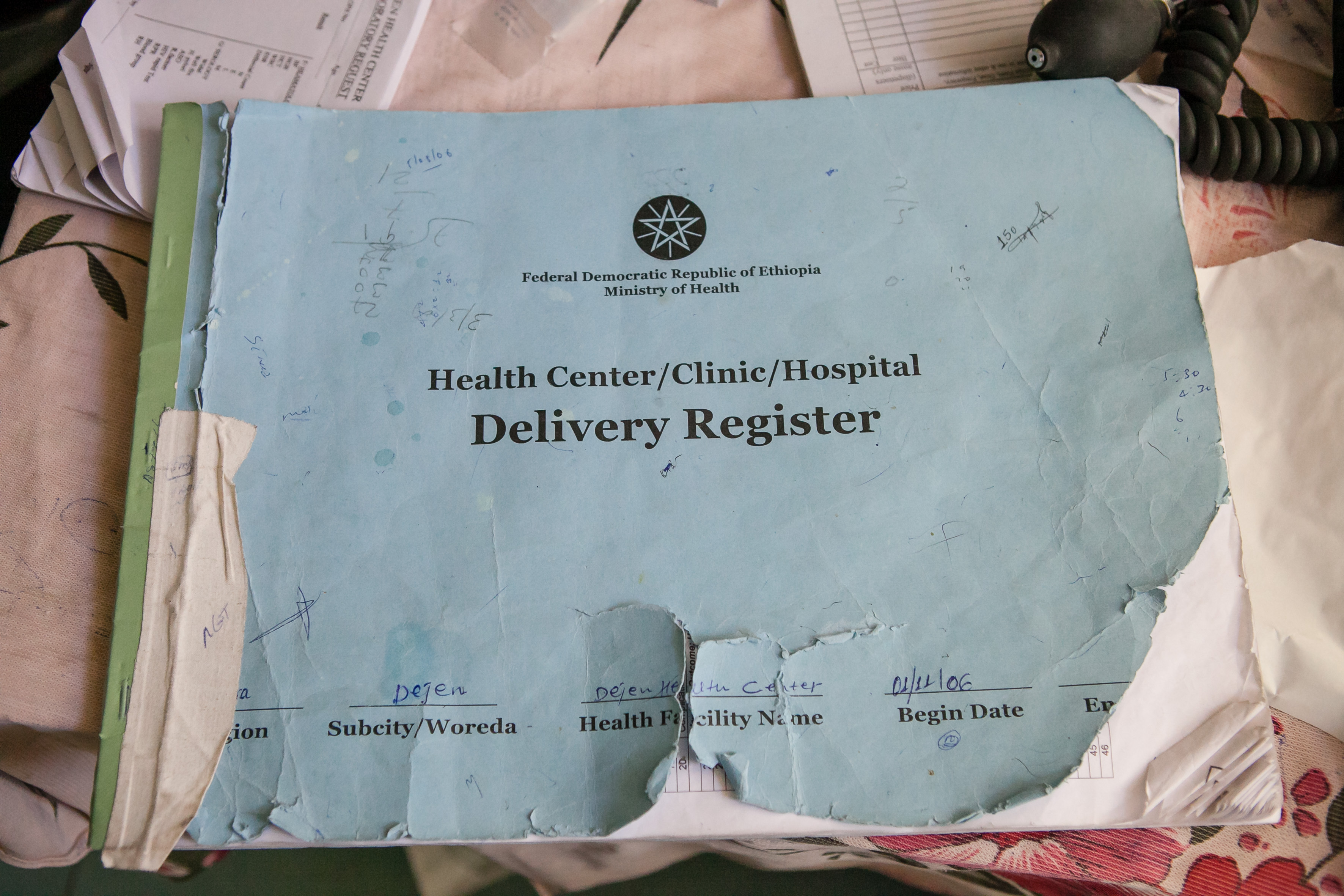 Knowing how many children die and the main causes of death can help us to identify priorities for improving child survival. Having data on these deaths enables us to determine risks at different ages and track progress or survival trends. While it is especially critical to have this information in order to reach the poorest in society, availability of data for these groups is lower despite their risk of death being higher.1

Global child mortality targets and data have focused on children under the age of 5 years, as this is the period in which most deaths occur. Increasing policy attention for adolescents is now resulting in increasing amounts of data, as we saw in Week 1. However, there are very limited data for child deaths occurring between the ages of 5 and 10 years.

At the start of the MDG era, there was talk of assessing child deaths without including infants (<1 year of age). The data has since shown that it is more important to consider the neonatal period in isolation since the trends and causes of deaths, and therefore interventions, differ more between the first month and after the first month.

In order to count child deaths for most of the world we therefore rely on household surveys. This involves a team of interviewers visiting houses and asking the family questions about births, health care and deaths in the last five years. Two surveys that are routinely used in many low- and middle-income countries are the Demographic Health Surveys and UNICEF’s Multiple Indicator Cluster Survey. As these surveys are only conducted every 5 years and on a sample of people in each country they only give estimates, rather than true counts, of the numbers of deaths. For around 25 countries with recent or ongoing instability there are no nationally representative surveys. Some countries lack reliable data for as much as the last decade, making estimates for those countries even more uncertain.

The UN produces annual estimates for neonatal and child mortality for each country. The process for producing mortality rates in countries where the deaths are based on sample data is overseen by an advisory committee called the UN Interagency Group on Child Mortality estimation. The input data and estimates are discussed with each country, aiming to identify any other data and encourage data improvements, such as more focus on coverage and quality of CVRS.2

The Institute for Health Metrics and Evaluation (IHME) also produces estimates of neonatal and child mortality. Although the UN and IHME are using similar data inputs and may have different ways of estimating mortality, most of the estimates are similar at global and regional level. However, in a few countries the estimates are very different.3

The number of countries with high-quality vital registration data has increased from 45 in 2005 to 66 in 2015. For the remaining countries, the causes of deaths are reliant on other data, including some from verbal autopsy reports. All these data are included as inputs to multi-cause statistical models, which also use each country’s most recent national predictor data as inputs, e.g. intervention coverage, female literacy, and so on.4;5

The IHME now also produces child cause of death estimates with different modelling.3 Again, if the same year is considered, results from the IHME are similar to those of the UN. Clever modelling is not a perfect solution: improved data for numbers and causes of deaths and counting births through CRVS is crucial. 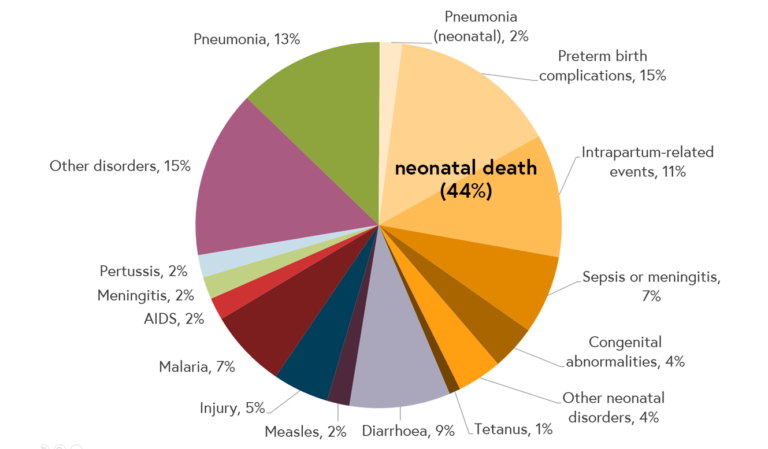 Globally, around an estimated 6 million children died in their first 5 years of life in 2013, as seen in Figure 1.4 This demonstrates several important points that we’ll consider in more detail this week: 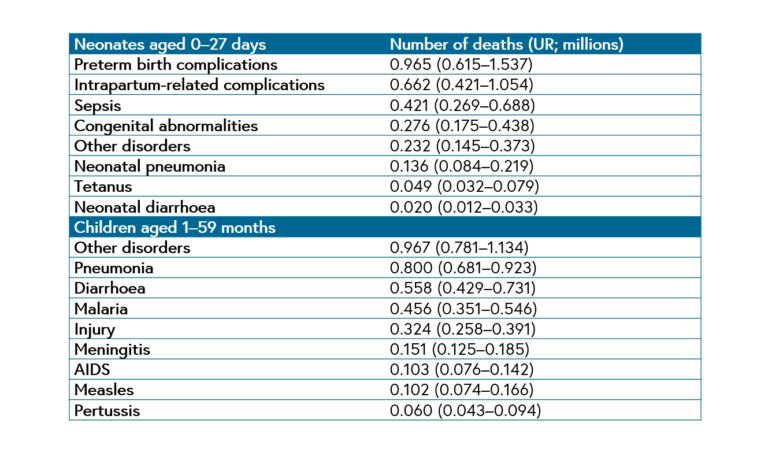