This step describes how Coca-Cola Russia responded to a PR disaster. 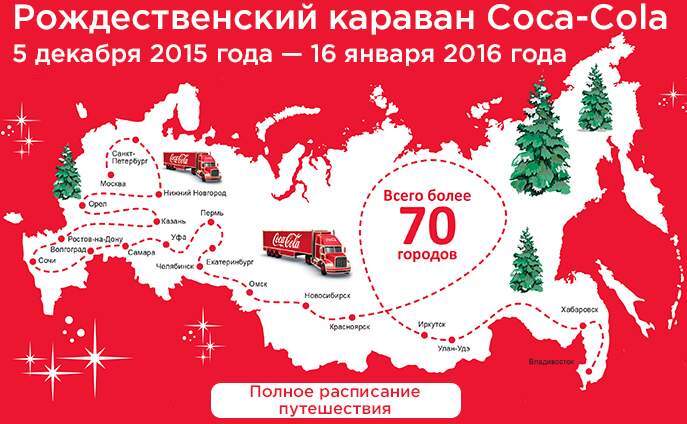 In 2016 Coca-Cola Russia created a Christmas-themed map of Russia. Unfortunately, the designer sourced the country’s silhouette from a pre-World War II source. This meant that the part of the map representing Crimea was incorrect.

This was perceived as a major offence by Ukrainian followers. Coca-Cola promptly deleted its tweet and replaced it with one containing a correct version of the map.

This is not an uncommon situation when it comes to content production, mistakes can always slip through the net with the problem arising only once the content has been published.

Coca-Cola Russia responded correctly, making a swift apology, followed by an amendment of the creative piece. Because of the sensitive political issue, any further gesture would have held a potential risk, hence the restrained approach. Make a sincere apology, then move on.

It is important to learn from other companies’ social media disasters. Click on the links below to see some further examples and to read more about why brands should monitor social media 24/7.

If you’d like to learn more about social media disasters, read one of the articles available via the links below and consider writing a brief response to a case study of your choice in the comments below. Explain what happened, how the public reacted, and what the brand or organisation did to rectify the problem. Would you have done anything differently? Could the brand or organisation have responded to the problem more effectively?