It was great to get Simon’s impression of the appearance of the Imperial Palace. We’ll learn more about this building in later weeks. The “pock marks” I referred to are the holes into which pegs were inserted to hang marble slabs. The amazing Forma Urbis Romae - the map of Rome produced in the reign of this week’s Emperor Septimius Severus - was mounted in this way and in part the mounting holes helped to piece it together, along with some rather clever computing.

For now, I have a picture in my mind firstly of a quite functional ground floor to the building, with the bricks covered in the equivalent of a “skin” of render. I am sure that the other buildings you have already looked at on this course would similarly have had only very minimal decoration in their practical areas. Certainly the two great storeroom complexes for example. 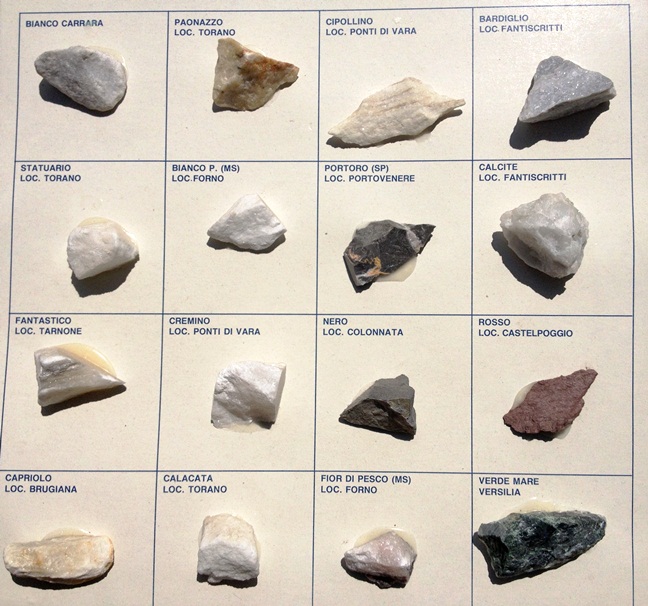 But the first floor (and probably the second floor too) sounds like it could be really exciting to learn more about. It had painted wall plaster and marble. Thinking about other buildings, I imagine the baths that we looked at last week would have been richly decorated with marble. You’ve seen the graphics by Ian Atkins, one of the students who studied Archaeological Computing here at Southampton, who meticulously reconstructed the latrine at the palace, and maybe the rooms in the bath would have been similar. 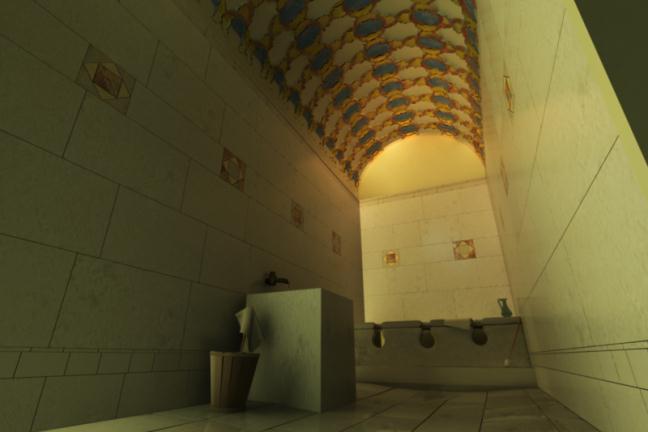 Ian’s reconstruction of the latrine, which was based on the wide range of marble and other decorative materials found in this location - Ian Atkins © University of Southampton

Elsewhere on site, like the Temple and the Commercial Building might also have had marble decoration. The latter was next to a series of residential buildings but these were probably much less richly decorated. In fact we know very little about where the people who worked at the port lived - we think that most would have come in from Ostia, or lived on the ships and barges moored in the basins and canals. We do know that Ostia during the 2nd century AD saw an increase in residential architecture such as the luxurious residential complex termed the Garden Houses complex. A set of rooms on the western side contains well-preserved examples of imperial Ostian decorative designs.

We’ll now hear from Simon about our “Find of the Week” - a final piece of marble that must have been amazing to find. 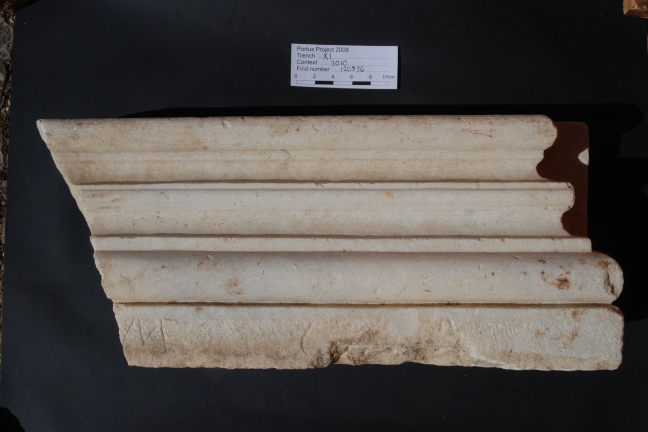 Fragment of marble architectural moulding; we use these to inform our graphical reconstructions of the buildings and to assist with dating - Graeme Earl © University of Southampton