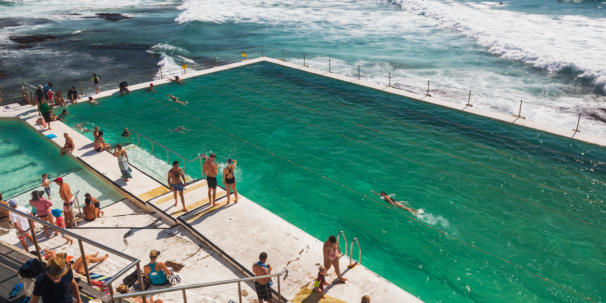 What is Australia’s population density?

However, in the biggest cities in Australia such as Sydney and Melbourne, the population density increases.

Still, for a big city, these numbers are still relatively low. To put them into perspective, New York City has a population density of over 38,000 people per square kilometre.

Australia’s population density is low because most of the country’s interior is desert (also known as the outback) and presents extremely difficult living conditions. So, while Australia’s major cities have population densities comparable to the rest of the Western world, when you take into consideration all the empty space in the middle, you get a low overall population density.

Why does population density in Australia matter?

Let’s go over some of the specific reasons you might want to get familiar with Australia’s population density, no matter what Australian city you live in.

As more people move into cities, more dwellings are erected. This means that green spaces are traded for apartment buildings and houses.

While places like Brisbane in Queensland have proposed citywide amendments that would require apartment buildings to provide a certain amount of green and garden space, it’s undeniable that many natural landscapes are affected when population density increases.

Creating more sustainable cities is, therefore, a major consideration based on the population density in Australia.

Governments and councils also need to have an understanding of population density to properly plan a city. It’s important to know how many buses and trains should be running at any given time, how many police stations are required nearby and when it’s reasonable to build another grocery store or shopping centre in an area.

For homebuyers and renters, understanding population density can help when making decisions about where you’d like to move. Some people enjoy the hustle and bustle of a densely populated city like Melbourne while others love the wide-open spaces you can get in the Australian bush.

Quality of life means something different for everyone but it’s certainly a factor that population density can help you get a feel for.

Benefits of Living in Dense Cities

If you’re planning to live in a city in Australia with a high population density, you can expect benefits including:

When you live in a densely populated area, you have instant access to a community of people. Whether it’s in pursuit of your career, love or friendships, it’s easier to make connections in places with a higher population density.

However, some would say that while you can make more connections in denser cities, they’re not always the deepest connections. So, while there may be many people around, it’s just as easy to become lonely and isolated in a busy city.

Places with a high population density also tend to have more lifestyle perks. Concerts come to town, events are on and there’s always something to do from museums to parks to restaurants and more.

Bigger cities offer much more convenience to amenities and lifestyle benefits that you can’t always get if you live in a remote area.

Getting around is also easier when you live in a highly dense area. With more bus stops, train stations and taxis, bigger cities generally have more to offer in terms of public transport. Plus, dense cities are usually more walkable than remote areas as well.

In most cases, you don’t need a vehicle to get around in a densely populated area. Especially in a place like Melbourne that offers some of the best public transport in the world, it makes city living easy and convenient.

Traditionally speaking, there are more job opportunities in densely populated areas. Many companies, for example, have their headquarters in places like Sydney, Melbourne or Perth.

However, this perk may soon become obsolete with the advent of remote work. Still, for the next few years (at least) most job opportunities can be found in bigger cities, especially when it comes to in-person entry-level positions like barista roles and retail workers.

Drawbacks of Living in Dense Cities

As with anything, there are also downsides to living in cities with high population densities. Again, determining the quality of life based on Australia’s population density often comes down to personal preference. Still, the main drawbacks of living in dense cities include:

One of the most obvious drawbacks of living in densely populated areas is the added pollution of the air, water and land. While urban sustainability programs are working to reduce pollution and improve the quality of the air and water in big cities, it’s still a downside.

High population density also means less autonomy. Generally, those who live in densely populated cities work 9 to 5, wait for the train, shop what’s available in their local grocery store and don’t have much say in their day to day lives.

On the contrary, when you live remotely or in a community that operates at a slower pace, you tend to have more autonomy about the quality of your water and food as well as how you spend your time.

Another major drawback of living in inner-city areas with a high population density is the cost. In terms of space, you can get a lot more bang for your buck when you live in the bush or in a sparsely populated area.

Living in the biggest cities in Australia is incredibly expensive. Apartments can go for millions whereas huge plots of land in the mountains can cost you around the same or less.

While the cost of your unit in the city accounts for all the amenities and benefits of living in the thick of it all, for some, the cost of living in a densely populated area just isn’t worth it.

Therefore, urban sustainability won’t be strictly a matter of creating eco-friendly regulations in modern cities, but it’ll also face the challenge of overcrowding.

Understanding Australia’s population density is key to preventing overcrowding and getting systems in place to ensure the biggest cities in Australia can handle any influx of people.

All in all, understanding Australia’s population density in any given region is important for measuring the quality of life in that area. As more people flock to the biggest cities in Australia, that doesn’t necessarily mean that quality of life always goes up.

While there are both benefits and drawbacks to living in densely populated cities in Australia, urban sustainability projects and the recent increase in remote work opportunities may cause the tides to change in large cities like Melbourne and Sydney.

Learn more about moving towards sustainable construction, urban sustainability and more with our huge library of courses. Join FutureLearn today.