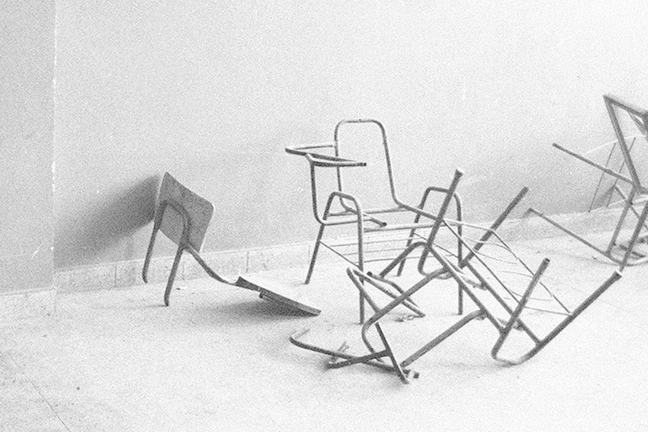 Damaged desks in an abandoned classroom

Types of threats to academic freedom

In this step, we will consider how academic freedom is threatened. In other words, we will consider the different types of threats and negative consequences that are sometimes experienced when academics ask sensitive or dangerous questions. In the next step, we will provide examples of different types or threats to academic freedom, ranging from relatively mild to very severe negative consequences.

Types of threats to academic freedom

Often the most severe and dramatic types of types of threats to academic freedom include intentional actions undertaken by those determined to limit the asking of dangerous questions. These often include extreme violations involving violence, coercion or other physical threats.

According to Scholars at Risk’s Academic Freedom Monitoring Project and its annual report, Free to Think, these types of threats might include killings, violence, and disappearances; wrongful imprisonment/detention; wrongful prosecution; wrongful dismissal/loss of position/expulsion from study; restrictions on travel or movement; and other extreme or systemic threats. As the Free to Think reports show, these types of threats are too frequent and widespread.

At the same time, these severe, violent and intentional threats to academic freedom are less common in most places. They are also experienced by a smaller number of academics overall than threats resulting as unintended negative consequences of other actions or from misapplication or oversimplification of the term academic freedom. Still, the more extreme, intentional examples are important for two reasons. First, because of the severity of the negative consequences experienced. These consequences can affect not only those directly targeted, but can also intimidate a wide range of others who observe what happens to scholars who ask “dangerous” questions. This witnessing effect can severely limit the exercise of academic freedom by others.

Second, the more extreme, intentional examples of threats to academic freedom are important because they illustrate the tension between inquiry and power. In other words, the extreme examples show more clearly the fact that asking questions – exercising academic freedom – can trigger negative consequences. This tension between asking questions and power is present even in the less extreme types of examples, but it may be harder to observe.

2. Threats from systems, policies and practices

3. Threats from misapplication or oversimplification of values labels