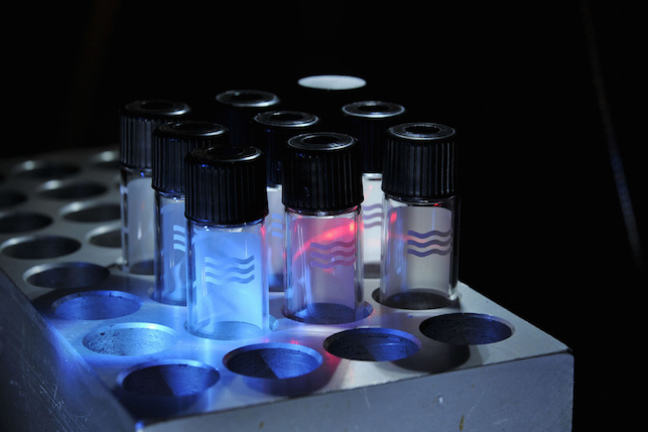 © flickr photo by liverpoolhls shared under a Creative Commons (BY) license

However, in everyday language we most commonly refer to biochemical markers as “biomarkers” (please note that based on this definition many microbiologic diagnostic tests could also be classified as “biomarkers”).

Leucocytosis with “left shift” (i.e. an increase in immature forms of granulocytes) determined on a complete white blood cell count with differential has long been used as a predictor of infection.

Its clinical usefulness for clinical decision-making (e.g. when deciding whether to start or withhold antibiotics in a patient with a “chest infection” like Bill) is, however, hampered by a problem that plagues even more “modern” biomarkers: a lack of specificity and the inability to distinguish “inflammation” from “infection”.

Since the prospect of a marker that can reliably diagnose the presence of bacterial infections is appealing, the quest for better biomarkers has been ongoing for decades. Few of the many potential biochemical biomarkers of infection that have been investigated have made it to routine clinical use. In order to be useful clinically these biomarkers have to be cheap, easily available (ideally at the point of care) with a rapid turnaround time and excellent test performance characteristics (i.e. a very high sensitivity and specificity).

Unfortunately none of the currently available biomarkers fulfil all the criteria.

The most widely used and investigated biochemical biomarkers for infection are C-reactive protein (CRP) and procalcitonin (PCT). CRP is an acute phase protein of hepatic origin and is available as a point-of-care test. A recent Cochrane review examining the available evidence for use of point-of-care CRP to guide antibiotic treatment of acute respiratory tract infections in primary care found that while there was some evidence that this biomarker can reduce antibiotic use, the degree of reduction remains uncertain.

There is much less evidence for the use of CRP to guide antibiotic decisions in hospitalised patients, although it is widely used in some hospitals. In our personal experience an elevated CRP level may often induce physicians to prescribe antibiotics even if the pre-test probability of a bacterial infection being present is low.

Procalcitonin, a precursor of the hormone calcitonin, has been proposed as a biomarker with better performance to distinguish infectious from noninfectious causes of inflammation, namely by having a higher specificity for bacterial infections than CRP.

PCT has been most widely studied in lower respiratory tract infections. Its widespread application has, however, been hampered by a higher cost and the fact that it is currently not available as a “point-of-care” test.

PCT guided antibiotic therapy has also been shown to be safe and effective in randomised controlled trials (RCT) to individualise and shorten the duration of therapy in critically ill adults based on serial PCT measurements. PCT also has value as a prognostic marker of all-cause mortality in patients with sepsis. Studies have shown that PCT measurement seems to have less of an impact in convincing physicians to withhold antibiotics if the value is low, at least in critically ill patients.

This brings us to a critical issue with any diagnostic test: it can only be reasonably interpreted if the prior likelihood of a bacterial infection being present is taken into account. If the pre-test probability of a severe bacterial infection is high (e.g. a patient admitted to the ICU with signs and symptoms of a septic shock) a biomarker in the normal range should not be used as an argument to withhold antibiotic treatment. Vice versa a patient with a low likelihood of bacterial infection (e.g. a patient with symptoms of an upper respiratory tract infection without signs of severity) should not be treated with antibiotics even if the biomarker is elevated.

In summary, biomarkers of infection are a useful tool for reducing antibiotic exposure in the outpatient and inpatient setting, but only if they are used intelligently. If used improperly they may even increase antibiotic use. Since we are still far away from the “perfect” biomarker (which most likely only exists in theory) we have to use biomarkers in combination with all the other tools available.