This content is taken from the University of Reading's online course, Begin Robotics. Join the course to learn more.
View course
2.14 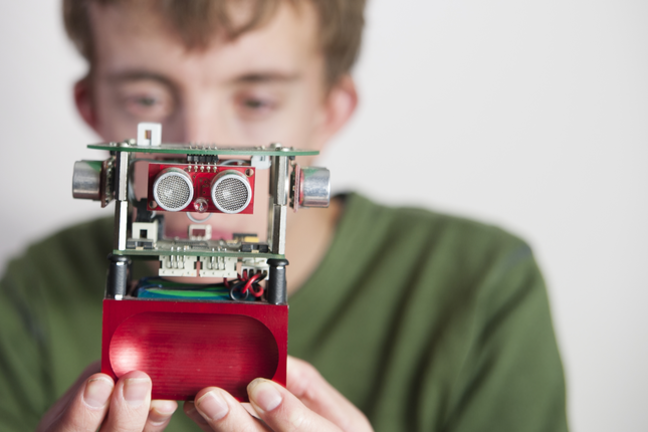 Robot at the University of Reading

In humans, it is our brain – a very complicated system that we don’t fully understand. Other animals have brains – though simpler. Robots need brains too.

You might assume that the robot brain is a computer – and certainly many robots have computers.

A computer, however, does not operate like a human brain. It is a complicated set of electronic circuitry which performs many millions of operations each second.

In contrast, robot brains are much simpler – and operate much more slowly. The basic part of a brain is a neuron which performs simple operations about 1,000 times a second. What makes human brains so powerful is the fact that it has billions of these neurons connected together - a so-called neural network. In Artificial Intelligence, we sometimes create artificial neural networks, and they can perform certain tasks.

But for robots, only a few neurons can be sufficient to perform simple tasks such as following or avoiding lights as we shall see in Week 4. And interestingly, the first robots at Reading did not have a computer at all.

Are you surprised to find out how few neurons a robot needs to complete simple tasks? Share you thoughts in the discussion. Remember you can also ‘like’ comments made by others.