This content is taken from the University of Reading's online course, Begin Robotics. Join the course to learn more.
View course
1.15 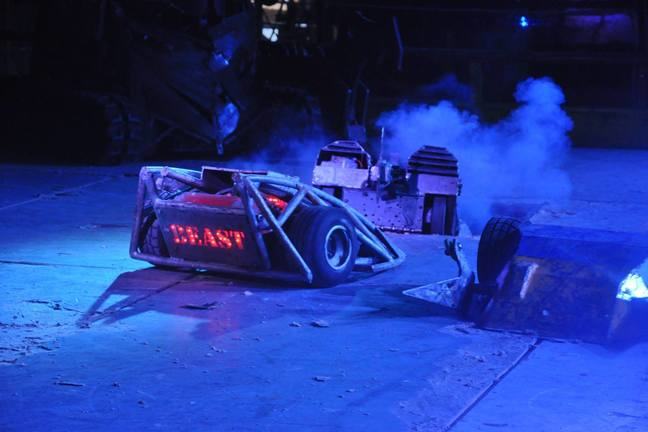 100kg machines fighting it out in the arena.

In this step, University of Reading student, Rory Mangles, writes about another robot application - Robot battles! You can read all about the events below and also follow the links to watch the robots in action.

Back in the early 2000s, the BBC hosted a cult children’s television series Robot Wars. The premise of the show was to have robots - designed by amateur and professional roboteers - fight to the death! As you can imagine, it was an instant hit.

You may have assumed that when it went off the air, that was the end of it all. However the roboteers still had their robots and weren’t going to give up that easily! Since the show went off the air, live shows and events have been held every year since, with new robots being built and technologies improving. These days, highly engineered and incredibly powerful machines fight it out across the country. 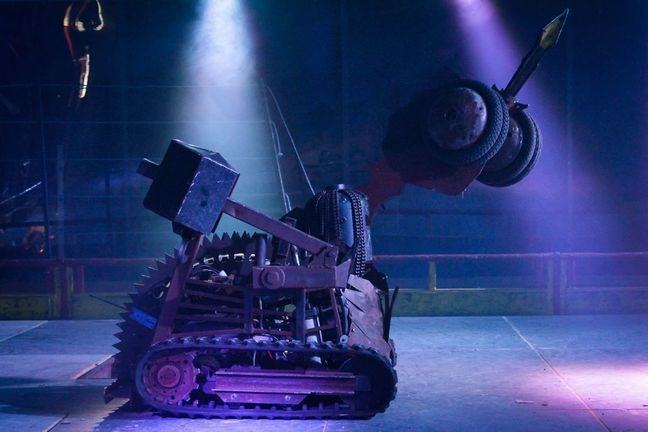 Major Damage, one of the house robots. (Photo by Ann Bennett.)

The basic premise of the sport is that two or more remote controlled robots have 3 minutes in an arena to disable their opponents by either getting them in the pit, out of the arena, or by destroying them. If more than one is still mobile, then the decision goes to the judges. They decide who wins based on style, control, damage and aggression.

There are several different weight classes which fight in the UK:

The Beetle, Feather, and Heavyweight robots battle it out at live shows around the country roughly twice a month in front of a crowd of around 500 people, with championships held for each weight class once a year. 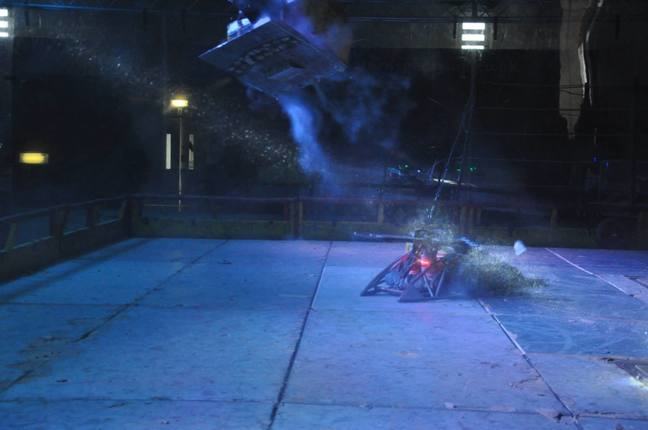 Two 100kg machines fighting it out in the arena. (Photo by Ann Bennett.)

The Antweights and below meet up 3 times a year for the Antweight World Series. The last one was hosted here at the University of Reading, and saw over 150 robots compete. The Antweight class is the more beginner friendly of the categories, attracting roboteers of all ages.

There are loads of different designs of robots, from simple pushers and grabbers, to powerful C02 powered flippers and high speed spinning disks. All of them designed to take out their opponent as effectively as possible, whilst not getting destroyed.

The University of Reading has had a long history with the ‘sport’, with robots from the University featuring in the original TV series.

There are several roboteers currently studying at the University of Reading and they have recently started the Reading University Robot Wars Group, where they regularly meet up to work on robots, practice fighting, and share advice. Their main focus is on the antweight category, although between them they have robots in every weight class. Anyone is invited come along and fight some robots as they have plenty spare for people to have a go with. 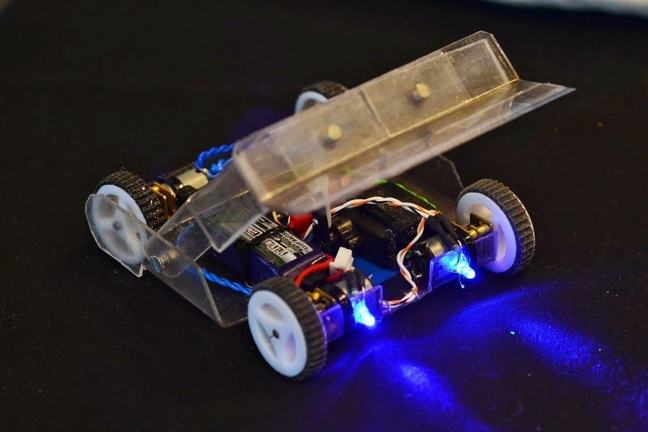 One of the Antweight robots owned by members of the University’s Robot Wars group. 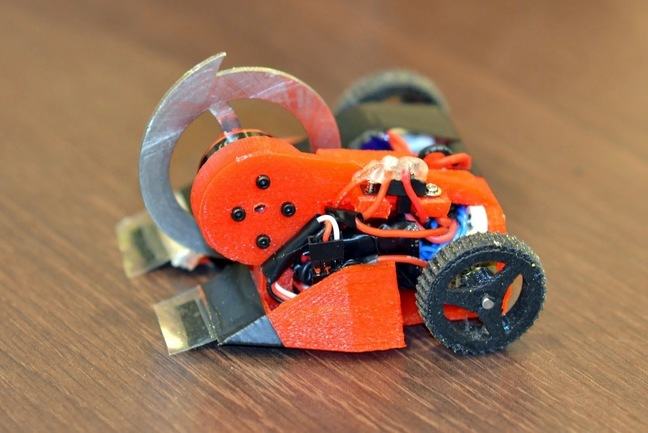 Another of the Antweight robots owned by members of the University’s Robot Wars group.

So how much time and effort goes into building a fighting robot? It can be surprisingly little once you know what you’re doing. The main components needed are motors, wheels, motor controllers, radio receiver, weapon, and chassis. For antweights, almost all these parts can all be bought as pre-made kits from the Robot Wars Group, or from other sources on the Internet.