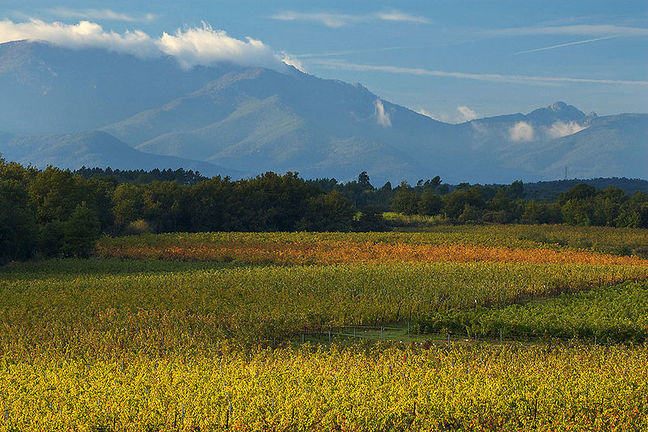 Effects of climate change on the European wine industry

Climate change does not only mean a general increase in the temperature and extreme weather events like floods, droughts, storms, or extreme rainfall, it can also lead to the change to the climate of an entire region. Let’s look at how these changes could affect the wine industry in France and wider Europe.

Climate models predict that as France warms, the Mediterranean climate will extend over almost half the country, with the cooler continental climate almost disappearing.

According to MeteoFrance, the average temperature of the last decade (2005-2015) in France has increased by 1.4°C since 1900 – 1910. This is above the global average of an increase of 0.9°C during this period. Although vines have the potential to adapt to different climatic conditions, a rise in temperature and the geographic shift of different climatic regions will influence viticulture. For the past 8000 years, growers have selected vines based on varieties, soil quality and the evolution of their own practices. So although the vine can adapt to climatic changes due to physiological mechanisms and natural breeding, the plants we know today are the result of thousands of years of domestication.

Varieties have been bred to suit certain conditions or regions, in order to maximise the yield and quality of the grapes. It is mostly the grapes, rather than the vines, that are influenced by higher temperatures and drought, therefore, the growth of vines is of less concern than the quantity and quality of their fruit. In the future, changing climatic conditions will challenge the resilience of the wine industry. 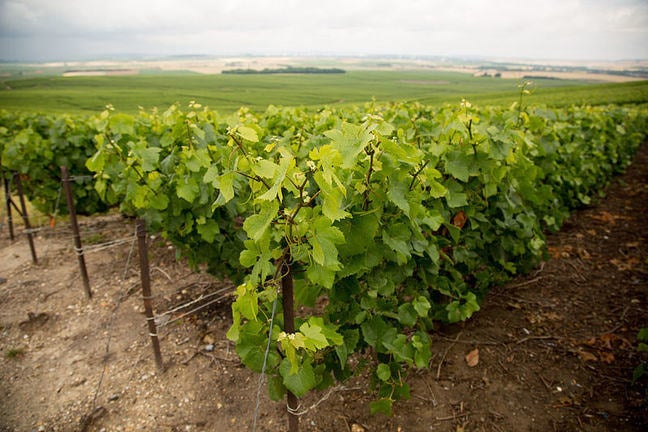 Effects of climate change on a geographical scale

Interestingly, the changes in local climates may be detrimental for some areas but advantageous for other areas. Figure 3 and 4 show the different suitabilities for growing grapes in Europe based on different measures of temperature and humidity: Figure 3 today and Figure 4 based on predictions for the future. Red areas indicate regions where all years within the considered time period (30 years) are suitable for growing grapes for vine making, grey areas indicate regions where - according to the model - none of the years are suitable for growing grapes.

In order to reach maturity, vines need a certain amount of energy and warmth in the soil, but the required temperatures differ between vine varieties. The different requirements of varieties, soil quality and microclimatic factors are reasons why some areas in this map are well established wine growing regions today, although the climatic data would suggest otherwise. 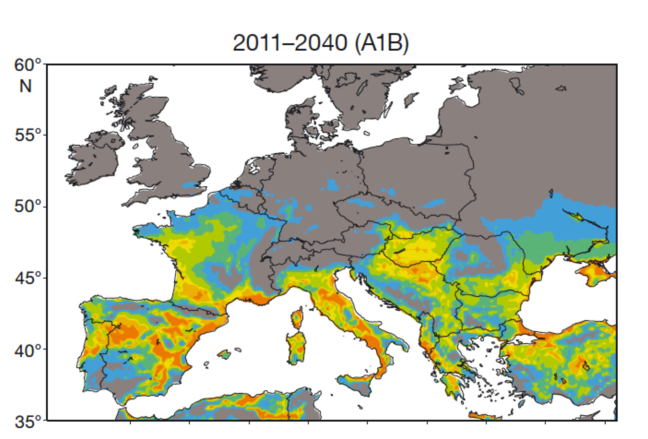 Figure 3: Grey areas indicate a total absence of suitable years to grow vines within a period of 30 years, orange areas indicate that all years are suitable for grapevine growing. This map illustrates the situation in the 30-year period from 2011 – 2040. © Malheiro et al 2010, publication below 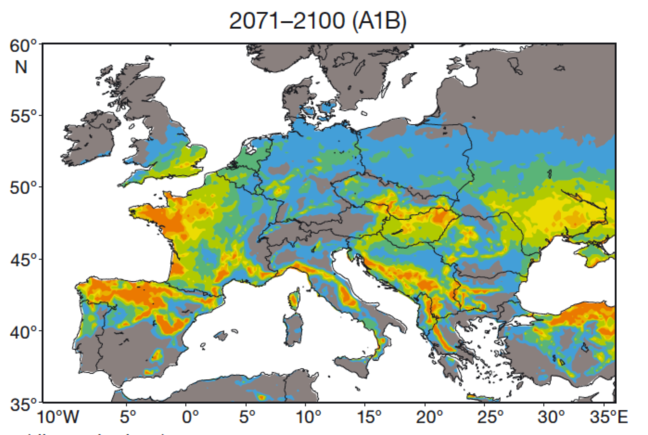 As you can see on these maps, the regions favourable for the growth of grapes will change in two ways.

Regions around the Mediterranean Sea, which are considered some of the most important for producing wine, will face a change in temperatures and potentially become unsuitable for growing grapes. Most climate models predict an increase in drought in regions in Southern France and whilst a limited amount of drought stress is desirable for some wines as it concentrates’ the flavours, high levels of drought stress can have negative effects on the yield and the wine.

While a milder climate will likely favour northern regions in Europe, there is some uncertainty about how climate change will affect intermediate regions famous for growing wine, such as Northern Spain, Italy, Greece, or the Alsace and the Loire Valley regions in France. Since many models are based on temperature averages, there is also an uncertainty about climate variability. While some regions in the North are likely to become more favourable due to an average increase in temperatures, less predictable scenarios like spring frost could potentially pose difficulties and considerable risks to grape-growing in these areas.

Explore the current state and future potential of solar PV technology, and get new insights into the solar photovoltaics market.