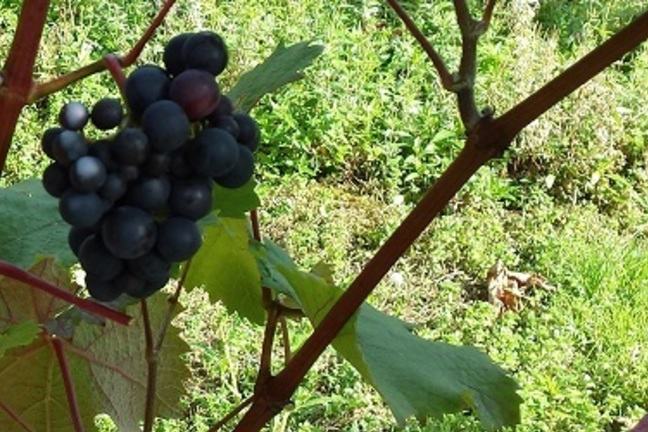 Figure 1: Grapes on a vine.

Pests such as insects, fungi or diseases decrease yields in many crops. As many pest organisms are highly influenced by climatic conditions, a future change in these might also lead to increased pest pressure in some regions of the world. The use of pesticides has given us an opportunity to fight pests, but this does not come without costs, as pesticides have the potential to harm us and the environment. How can plant health be ensured in a sustainable way?

For thousands of years in the past, agricultural practices relied heavily on crop rotation or mixed crop planting, which optimised soil fertility, and natural pest control. The advent of monocultures in the 20th century was accompanied by the selection of plant varieties with higher yields, but many of these lines appeared to have lower resistance to pests, as there is often a trade-off between yield and defence. This resulted in greater pest pressure, which has mostly been addressed by the use of synthetic pesticides.

Although effective at increasing yields by reducing pests, the use of synthetic insecticides led to numerous problems: poisoning of farmworkers, and consumers; destruction of wildlife; disruption of pollination; groundwater contamination; evolution of resistance to pesticides in pest populations. Governments responded to these problems with the introduction of new pesticide registration procedures. These new regulations have reduced the number of synthetic pesticides available in agriculture.

Adapting the application of conventional pesticides is one possibility to reduce their overuse. Here precision agriculture plays a crucial role as there are a number of technical options to adapt the amount of pesticide (and fertiliser) to the needs of the plant. For example, there are solutions that combine imaging software to identify weeds with machinery that directly targets weeds or infected plants, rather than spraying the whole field. Technologies like these are not only interesting from a sustainable perspective, but also from a financial one as the reduced use of pesticides saves money.

One alternative to conventional pesticides could be Integrated Pest Management (IPM), defined by the Food and Agricultural Organisation as:

‘the careful consideration of all available pest control techniques and subsequent integration of appropriate measures that discourage the development of pest populations and keep pesticides and other interventions to levels that are economically justified and reduce or minimise risks to human health and the environment. IPM emphasizes the growth of a healthy crop with the least possible disruption to agro-ecosystems and encourages natural pest control mechanisms’.

IPM includes managing insects, plant pathogens and weeds. Beneficial insects can be used in pest control to complement other strategies. For example, they can be free-living predators, such as ladybirds feeding on aphids, or parasites, such as parasitoid wasps that lay their eggs into the body of another insect feeding on the plant, thereby killing it. 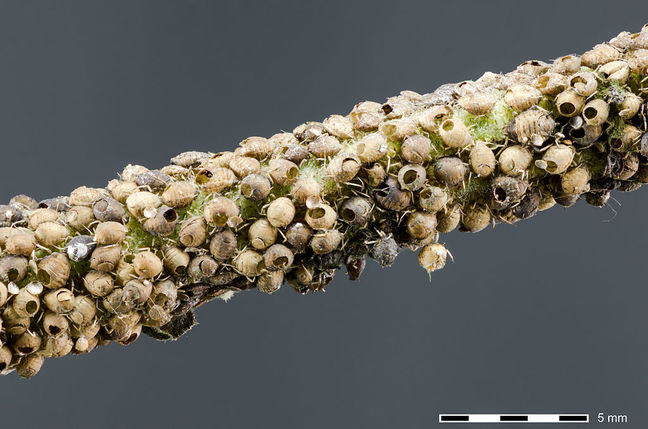 Another option is the use of biopesticides - a contraction of ‘biological pesticides’ created by extracting substances from naturally occurring organisms (for example, bacteria, fungi, nematodes – a kind of worm, plants.) or directly using these organisms. Biopesticides can be categorised into three major groups:

However, there are also drawbacks to the use of natural compounds such as their lack of persistence, limited efficacy against larger chewing insects (eg caterpillars and beetles), and potential toxic effects on plant growth.

Often, the cultivated varieties of the crops we consume have undergone centuries of breeding to increase yield and improve organoleptic properties (those that refer to taste, sight, smell, and touch of the food). However in the process, most of the defence mechanisms that the original wild varieties possessed were lost. For example, big, juicy tomatoes, which grow on plants are very susceptible to pest pressure, in contrast to the resistant wild relatives that bear unpalatable little berries. Metabolic engineering for improved plant defence is one of the possible responses to this problem. By trying to introduce parts of biosynthetic pathways from either related species or species that are very distantly related into the crops of interest, it becomes possible to selectively introduce or improve defence traits without sacrificing yield. 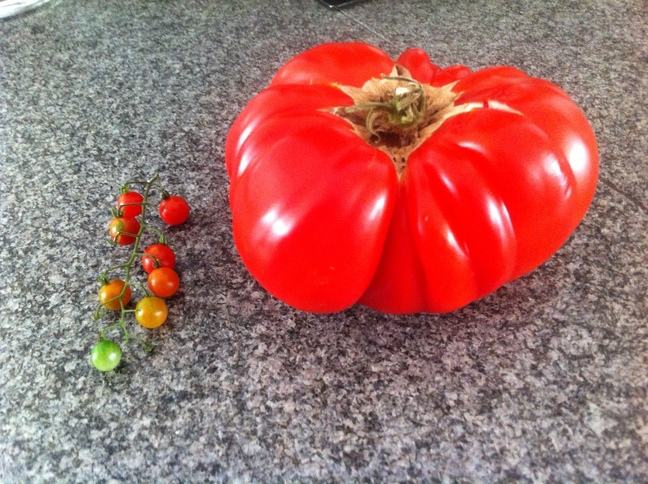 Although in addition to pest resistance the approach of genetically modified (GM) plants promises improvements in performance, or stress tolerance there are potential unforeseen risks. Hence the integration of GMOs into the food chain is often seen as a hazard by society and overall saluted with scepticism. Despite the potential, EU regulation prevents the growth and commercialisation of virtually all GM crops within its territory. The amount of GM plants cultivated worldwide are just a handful.

Find out how Dr Alistair Murdoch from the University of Reading is trying to reduce the use of herbicides by the aid of precision agriculture on the Farmers Guide website.