Over time, CPUs have grown faster and more powerful. You might therefore expect that computers would always be faster nowadays than in the past - and they often are. In a like-for-like task, like adding together a trillion numbers, a modern day computer would have a clear advantage over a 20-year-old machine because of its more powerful CPU. However, at the same time, the amount of work people expect computers to do has also increased dramatically. Nowadays, computers must:

We will now examine how some of the tasks above might impact modern computer systems.

Until the 1970s, hardly any computing power was spent on checking the accuracy or security of data. Today however, whenever data is sent from one computer to another, they communicate using a variety of protocols, each requiring additional information to be sent. One of these, called TLS (Transport Layer Security) , ensures correct and secure data transmission. However, protocols like TLS are computationally expensive, at both ends of the connection.

It is also essential to protect the data on our computers. Antivirus software scans incoming data for potential threats. Due to an increasing number of threats over time, the number of checks required has also increased, which again requires more computing power.

The complexity of operating systems, games, applications, and many other pieces of software has also increased.

Imagine that you are playing a modern video game. Each time you press a button, the operating system needs to perform between 10 and 20 steps before you see the output. This delay, between when a user interacts with a computer (the input) and when something happens (the output), is known as latency, and is measured in milliseconds (ms). 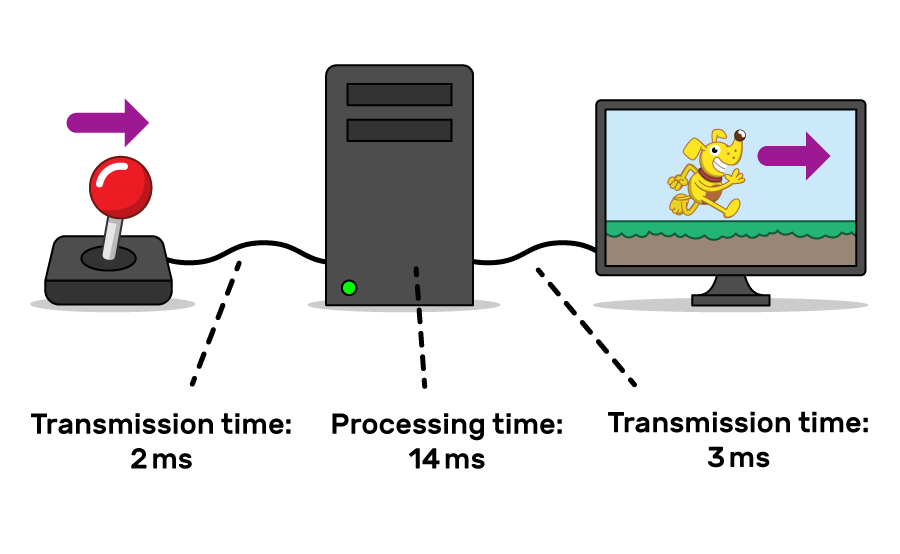 Increases in data usage and transmission

Suppose you want to transfer some money to another bank account. Twenty years ago, you probably had to go to the bank, wait in a queue, and ask the cashier to set up the transfer - which could then take a week to process. Somewhere along the line, computers would be involved, but there was not too much work for them to do. Today, you can do the whole thing from a mobile device, with funds transferred instantly. That’s great for the user, but involves a lot of extra data processing: setting up secure connections, sending information about the transaction itself, and additional data for the many protocols. The computers involved execute significantly more instructions than their predecessors did. The same is true for many other common tasks.

What about the computer monitor or screen on which you are looking at your bank transactions? Could changes in monitors affect computer speed? A monitor consists of a square grid of pixels, each comprising three lights (red, green and blue). By changing the intensity of each light, the computer changes the perceived colour of the pixel.

However, monitors have also advanced considerably. To meet users’ higher expectations of the display quality, modern monitors have a much higher resolution, meaning that the same size of screen has far more pixels - there are often hundreds of thousands or even millions of them. The computer must calculate and set the desired colour for all those pixels, so a larger resolution requires more computing power.

We’ve seen how some changes in computing could affect the speed of a modern computer. Now here are some questions for you.

Join in the discussion in the comments section.