This content is taken from the University of York's online course, Exploring Everyday Chemistry. Join the course to learn more.
View course
1.11 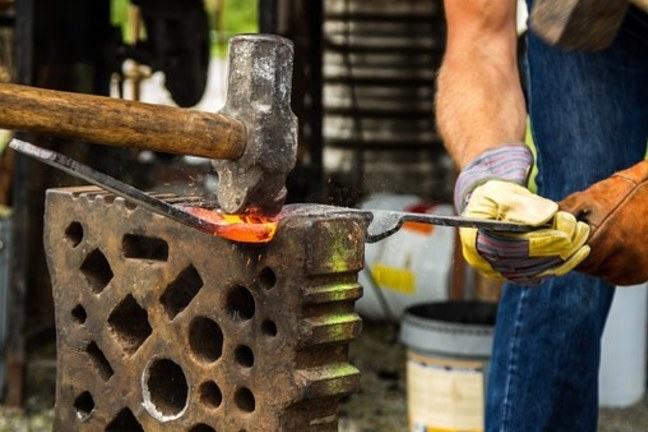 Household items that contain acids include yoghurt, apples and milk. Those that contain bases include toothpaste and drain cleaners.

Tools of the trade: understanding acid-base reactions and resonance

When organic compounds react, covalent bonds are broken and formed. For example, when bromomethane is converted into methanol, the C–Br is broken and a new C–O bond is formed.

It is an important skill to be able to represent this, and give a step‐by‐step account of how the starting material is converted into the product, using accurate reaction mechanisms. Curly arrows are used to show the movement of electrons as bonds are broken or formed. A double‐headed curly arrow is used to show the movement of a pair of electrons – the tail shows where the electrons come from and the head shows where they go.

Electrons flow from electron‐rich areas to electron‐poor areas. For example, in an acid‐base reaction, the base has a pair of electrons ready to donate to an acid. In the reaction below, the hydroxide ion forms a new covalent oxygen‐hydrogen bond by donating a lone pair of electrons (two valence electrons that are not involved in bonding to another atom) to a proton – represented by a single double‐headed curly arrow.

When a base reacts with a neutral organic compound, such as ethanoic acid (CH3CO2H), it abstracts the most acidic hydrogen (i.e. the hydrogen which is most easily ‘lost’ as H+), to form a negatively charged organic product. One curly arrow shows the formation of a new bond between oxygen and hydrogen (where the lone pair of electrons on the base is donated to make the new bond), and a second shows cleavage of an oxygen‐hydrogen bond, to give a lone pair of electrons on oxygen.

This acid‐base reaction is reversible: it can go backwards and forwards (this is shown by two parallel-single headed arrows, with their heads pointing in opposite directions). Whether an acid‐base reaction favours the starting materials or products will depend on the strength of the base and on how acidic the organic compound is.

The acid‐base reaction of hydroxide ion with propanone involves the formation of a new bond between oxygen and hydrogen, and cleavage of a carbon‐hydrogen bond (with the same movement of electrons described for the previous reaction).

The lone pair of electrons end up on carbon and the anion (a compound that has gained electrons and has a resultant negative charge, shown by a negative sign in a circle) is called an enolate ion.

Interestingly, in the enolate ion, the lone pair can be moved from carbon to oxygen, as represented by two further curly arrows – as oxygen is more electronegative than carbon it pulls the pair of electrons towards it.

The first curly arrow shows the formation of a C=C double bond, the second shows cleavage of the C=O double bond. These curly arrows do not show a chemical reaction, they show that the lone pair can be spread over the organic compound – we call this resonance and a double‐headed straight line is used to connect the different resonance forms.

Assessing the stability of anions, using the approach above, can help you determine the most acidic hydrogen in an organic compound. For example, let’s consider propanal, CH3CH2CHO. The two hydrogens in the CH2 group are more acidic than those in the CH3 group. This is because the anion CH3CH–CHO is more stable than –CH2CH2CHO; in CH3CH–CHO the negative charge is stabilised by the electronegative oxygen atom in the neighbouring C=O group. For practice, draw skeletal structures of the resonance forms of CH3CH–CHO.

Looking at the ingredients in some ‘salt and vinegar’ packets may surprise you. Yes, you will find salt (sodium chloride, NaCl) mentioned, but perhaps not the vinegar, or ethanoic acid (CH3CO2H). Some manufacturers dust the crisps with powdered sodium ethanoate (CH3CO2Na), because adding vinegar would make the crisps go soggy. In the mouth, acid from saliva protonates the ethanoate ion, CH3CO2–, to form ethanoic acid.

Alternatively, some companies spray a thin layer of vinegar onto a modified food starch, such as maltodextrin (this consists of glucose units linked together to form chains of different lengths). The porous structure of maltodextrin absorbs the vinegar and the mixture is dried and the resulting powder sprinkled onto crisps.

If you would like some further information on resonance you may find this YouTube clip of use.

Negative charges and no lone pairs

The curly arrows shown above start at lone pairs (••), which are included together with negative charges. The benefit of drawing all the lone pairs is that there is no ambiguity about the location of the electrons. However, the inclusion of lone pairs can make the diagram look cluttered and so it is very common to omit drawing lone pairs when a formal negative charge and a lone pair is present on the same atom. A curly arrow is simply drawn as coming from the negative charge (which represents an invisible lone pair).

When showing resonance using skeletal formula, it is possible to just draw one molecule and use dotted lines parallel to the bonds to show the delocalisation. This is called a resonance hybrid, which represents a combination of all resonance structures. A dotted line (or dashed-line formula) can be useful because it tells you straight away that the structure is a resonance hybrid. It also shows you what parts of the electron pattern are delocalised. But, drawing out all of the possible resonance structures is particularly useful, because, sometimes, resonance hybrids can hide necessary information and it is more helpful in understanding what is going on.

Who pointed us in the right direction?

The English chemist Sir Robert Robinson (1886–1975) first used a curly arrow to describe the reactivity of an organic molecule in a research paper in 1922. He played a major role in our understanding of chemical reactivity, making notable contributions to the synthesis and structure determination of natural products. In recognition of this, in 1947, he was awarded the Nobel prize in chemistry.