This content is taken from the University of York's online course, Exploring Everyday Chemistry. Join the course to learn more.
View course
1.12 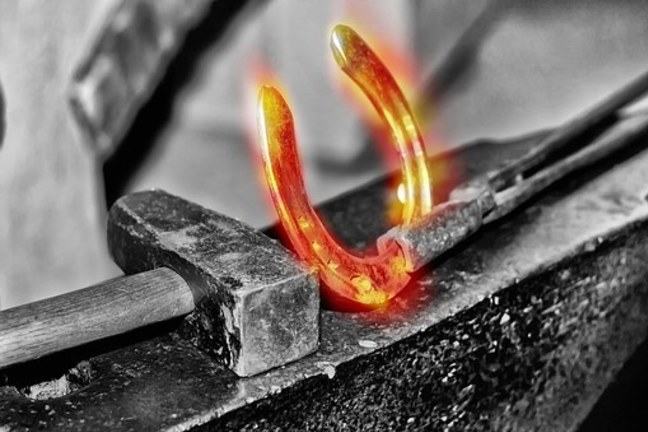 Bromomethane is a fumigant used to control pests in agriculture and shipping. Its use is being phased out because its emissions from soil can lead to stratospheric ozone depletion.

The hydroxide ion attacks the carbon atom to form a new C‐O bond and cleave the C‐Br bond, with loss of a bromide ion, which is called the leaving group (good leaving groups are relatively stable anions, such as Br–, or neural molecules). Two double-headed curly arrows show the mechanism of the reaction, which is called a nucleophilic substitution reaction. The electron‐rich hydroxide ion is called a nucleophile and the electron‐poor bromomethane is called an electrophile.

It is not fundamental to this course, but, for those of you interested in mastering the art of drawing sensible reaction mechanisms, you may find these guidelines useful. As with most things in life, from playing a piano to hitting a golf ball, practice makes perfect.

1. Draw the skeletal structure of the reactants showing lone pairs (••) on any oxygen or nitrogen atoms. (Halogens hold tightly onto their lone pairs and so they are rarely involved in forming bonds.) Also, show the polarities of polar bonds using δ+ and δ–.

2. Identify if the reaction starts with a proton transfer - look out for reagents that are acids (H+ donors) or bases (H+ acceptors).

6. If a new bond is made to a neutral atom in the electrophile, break one of the existing bonds and draw a second curly arrow (pointing in the same direction as the first arrow). Draw the second curly arrow so that the most electronegative atom accepts the electrons from the bond, and so acts as the leaving group.

7. Draw a skeletal structure of the product(s) including any charges. Check that the overall charge of the reactants is the same as the overall charge of the products. Finally, if the organic product is charged, and an uncharged product is required, then assess if loss of H+, addition of H+, or loss of a relatively stable negatively charged ion is required.

For practice, have a go at proposing mechanisms for these substitution reactions (answers are provided in the downloads section below):

If you would like some further information on drawing curly arrow reaction mechanisms you may find this YouTube clip of use.