This content is taken from the University of York's online course, Exploring Everyday Chemistry. Join the course to learn more.
View course
1.23

0:06Skip to 0 minutes and 6 seconds A single perfume contains as many as 300 different ingredients. So perfumers require a deep understanding of the characteristics of each component, as well as how they all interact with each other. They also need to know the industry’s extensive guidelines and legislation - perfumers are constantly updating their ingredients to make them comply with new restrictions, and evolve with consumer tastes, by using the latest technology. For example, researchers have developed a device that emits small amounts of mood-enhancing aromas at the right time, and in the right place, depending on the situation. It uses biosensors, embedded discreetly in jewellery and clothing, which react to our change of moods.

0:51Skip to 0 minutes and 51 seconds Going forward, perhaps digital technologies will allow individuals to self-create, release and share fragrances at home without relying on traditional producers or retailers. So, what does the future of fragrances and perfumes look like? Despite it costing around £350,000 to develop, register and launch a new fragrant organic compound, there is a continuing demand for new fragrances that outperform existing ones. For example, those that cheaper, more stable, more biodegradable, and have improved deodourancy and unique smells. Also, many natural oils are being removed from the perfumers’ palette on safety grounds; so new ingredients that meet the safety specifications are required. Tried and tested methods of identifying new fragrances will no doubt continue.

1:44Skip to 1 minute and 44 seconds For example, once a compound with the desired fragrance is identified, such as cyclamen aldehyde, it is common to prepare a range of analogues - that is a family of compounds with slightly different structures. This provides information on the structural requirements for the desired fragrance. Chemists have been searching for links between molecular structure and odour for more than six decades resulting in a collection of proposed structure-odour relationships, or SORs. For example, a model has been developed for jasmine odour - to have this odour, compounds with a central carbon atom surrounded by a strongly polar group, a weakly polar group and an alkyl chain have been identified. Hexyl cinnamaldehyde, or (E)-benzylideneoctanal, has these three features and indeed, smells of jasmine.

2:34Skip to 2 minutes and 34 seconds However, there are exceptions. Many structurally similar compounds have different fragrances, and vice-versa. A dramatic example of the effect of subtle structural changes is seen with ‘beta-bisabolols ‘ changing the position of just one C=C double bond converts an odourless compound into a strong floral one. So luck can, and will continue, to play a part in identifying new fragrances. Computer-aided design is likely to continue to play an increasing role. Biochemical studies have identified around 450 different types of olfactory receptor and on-going studies to identify the structures of the receptors could lead to a 3-dimensional model of an olfactory receptor, which could be used to dock odourant compounds - computer-aided screening of thousands of compounds could quickly find the key fragrant ones.

3:27Skip to 3 minutes and 27 seconds Also, computer modelled in vitro tests, to help predict possible chemical hazards, have significant potential. Perhaps pro-fragrances, which give a sustained release of a given odour, could be on the increase. Recent research has developed a new perfume delivery system, which releases more of its aroma when it comes into contact with moisture, so a person smells nicer when their sweat levels increase. Also, what about further strategies to target the microbes on our bodies? Because our body odour arises from the bacterial action of odourless compounds produced by the human body - to produce smelly compounds like butanoic and propanoic acids - identifying the enzymes in the bacteria offers the possibility of using fragrance compounds to stop the enzymes working.

4:16Skip to 4 minutes and 16 seconds So, not covering up the smell, but stopping it in the first place. Finally, new synthetic methods to efficiently prepare fragrances, with the correct shapes, will continue to be important, including, perhaps, the use of genetically modified yeast and other microorganisms. Less concentrated forms of perfume is becoming increasingly popular and using perfume to heal and make people feel good, are of interest. If human pheromones are identified, perhaps these will be utilised. So, there are plenty of opportunities and new applications for fragrance research - no doubt, understanding how we receive odours, and mixtures of them, will be of key importance.

Currently, perfume manufacture has managed to remain outside the reach of self-creation and continues to be controlled by large, well-known fragrance, flavour and fashion companies. However, the extensive timeline for perfume manufacture – from idea conception to the retail process – suggests that the perfume industry may yet fall to digital technologies, making it possible for individuals to create and use their own homemade fragrances.

3D printing involves using a digital file to make a 3D object; a technology that has already been put to use in the production of prescription drugs, and it has been trialled for the manufacture of 3D printed foods and prototyped as fragrance generators. 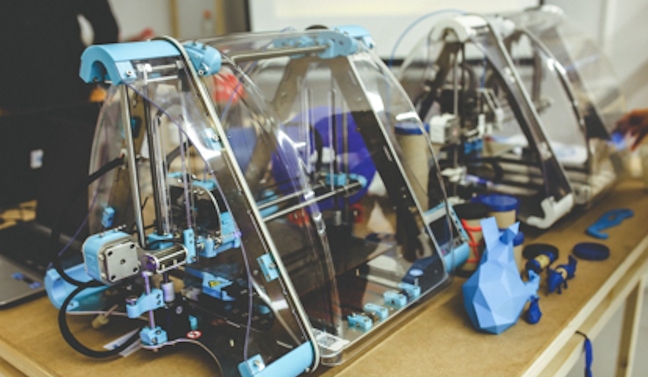 The idea of 3D printed fragrances involves a database containing thousands of odourous organic compounds, allowing users to pick and choose the aromas they would like to appear in their fragrance; following this, the computer analyses the selection and produces the most appealing olfactory combination.

As well as the potential for home-making fragrances, 3D printing technology has the potential to strip back the lengthy process of perfume manufacture, speeding up scent creation and bottle design, as well as stripping away the costs of ingredients, packaging, distribution and retail. Consumers could even be presented with the opportunity to download fragrance recipes to print for themselves.

3D printing could provide the opportunity for increased experimentation, as the perfume timeline decreases, and the opportunity for quicker creator response time when feedback is given by consumers on social platforms. While there is no doubt that luxury perfume will continue to remain a popular choice, given time, it is possible that 3D printing could revolutionise the fragrance market.

The name game: It makes scents

When naming a perfume you might consider how the consumer will feel about the name – will it invoke a positive feeling, be viewed as bland, or worse still, drive away consumers thereby discouraging sales? With this in mind, it is interesting to reflect on names of some famous best-selling perfumes. Take, for example, “Elysées 64-83”, which may suggest a Greek influence, but no, it was simply the Parisian phone number of the inventor, Pierre Balmain. Gabrielle ‘Coco’ Chanel named her first perfume “No. 5” – it was launched on the 5th day of the 5th month and she believed the number 5 brought her luck. Then there is Lucien Lelong who named his first perfumes “A”, “B”, “C”, “J” and “N” – these names were intended to evoke a sense of mystery and romance. So, perhaps names are not everything, but surely a good name can boost product sales?

What is your best named fragrance?

Perhaps chemists will have an affinity for “Cinnabar” (Estée Lauder) or “Pure Gold” (Milton-Lloyd)?