0:07Skip to 0 minutes and 7 secondsHere in my hands, a rock and a bone. They look and are different, but they have one thing in common. They're all made up of elements. The volcanic rock here largely consists of silicon, oxygen, aluminium, and iron. The bone here is made up of calcium, phosphate, and oxygen. Elements are the building blocks of everything. Without elements, the earth, the sun, and human beings would not exist. So before we can begin to look at extreme events on earth, we need to understand how elements were created from the ultimate extreme event-- the formation of the universe from the so-called Big Bang.

0:43Skip to 0 minutes and 43 secondsOur universe was formed 14 billion years ago as a result of the dramatic expansion of a tiny, dense, extremely hot region that contained all the matter and energy in the universe. This expansion is still occurring today, and our universe is currently measuring a massive 91 billion light years in size. In stark contrast, its building blocks, matter, is incredibly small. In the aftermath of the Big Bang, as the universe expanded it became cooler and less dense and the first simple elements started to form. Elements consist of a core, a nucleus, of protons and neutrons with electrons orbiting around. We know of over 90 existing elements, and each of them has a different number of protons and different properties.

1:28Skip to 1 minute and 28 secondsFor example, the silicon that is an element in our volcanic rock contains 14 protons. And the calcium that'd an element in our bones contains 20 protons. It is the chemical properties of elements that allow them to group together with other elements to form molecules. So from our ultimate extreme event, the Big Bang, came the fundamental building blocks of the early matter in the universe. But how did these building blocks form into Earth, planets, and the solar system? We will look at this next.

The explosion that created our Universe

In this video, Dr Morten Andersen explains the importance of the formation of elements through the Big Bang.

Elements are the building blocks of everything in the universe and without them we would not exist.

The first simple and light elements, hydrogen and helium were formed within minutes of the Big Bang as the universe expanded and began to cool down from extreme temperatures.

Formation of the first stars and galaxies

A further cooling and the continued expansion of the universe then led to the formation of the first galaxies, and the very first stars within them.

These first-generation stars mainly consisted of the light elements hydrogen and helium and were formed because of gravitational forces and attraction due to mass.

We can observe those forces today, because as the moon orbits our planet it exerts a gravitational force that attracts Earth towards it due to its mass. This influences tidal forces on Earth, making water levels or the tide higher or lower.

Stars clustered into galaxies, which can contain anywhere between a few hundred million stars up to trillions of stars. We are part of the galaxy called the Milky Way, it contains an estimated 250 billion stars. 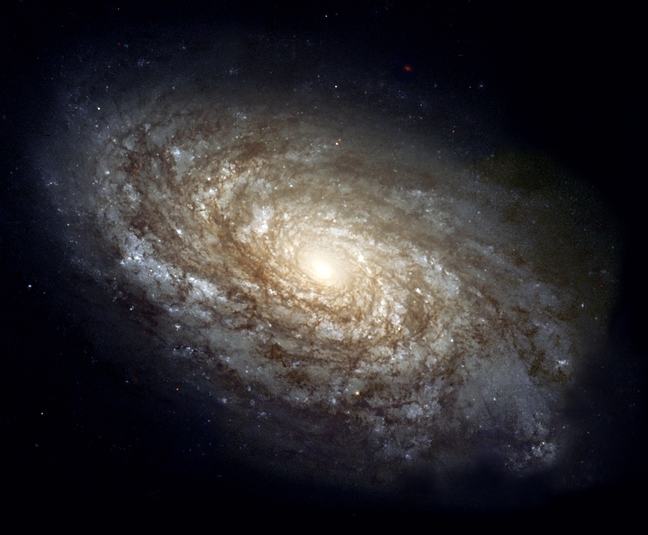 Formation of the heavy elements

The first generation stars held intense energy within them and this made them burn. A process that we see today if we look at our nearest star, the Sun.

It was this process that led to new elements with larger mass (and proton numbers) to be formed. So we can think of these first generation stars as factories of heavier elements, such as calcium and iron.

The formation of even heavier elements (heavier than iron) required an even larger amount of energy than can be generated within stars.

They were formed by the massive energy release and fusion processes following the gravitational collapse and death of large stars in supernovae explosions. These explosions expelled the elements into the universe.

Roughly, two such supernovae events occur within our Milky Way every century. Another extreme event.

In this step we’ve moved quickly through a series of extreme events that led to the formation of light elements and then heavier elements. If we were to look at these events in more depth it would take up many weeks of study.

The most important thing to understand here is that elements are the building blocks of everything in the universe. The number and diversity of these building blocks grew through extreme events until all the ingredients that were needed for the universe, our planet and life came into being.