Once we have established which hazard occurs where on our planet and with what frequency, we can start long-term preparation by creating risk maps.

Local governments can then enable their communities by taking measures for short-term preparation.

In many cases, a single disaster can instigate important government action that can protect human lives and infrastructure from future natural hazards.

This was the case for the famous Delta Works in the Netherlands.

In 1953 a major flood occurred in the North Sea region affecting the Netherlands, Belgium, and the United Kingdom. On 29 January 1953, a European windstorm developed to the south of Iceland. The storm moved southward via Scotland.

At the north of the North Sea the wind turned to North-Northwest. Then during the night of 31 January, a stormfield of about 1000 km was aimed straight at coast of the Netherlands and Belgium.

The combination of the storm and high spring tide created an extreme water level that was 5.6 metres higher than the average sea level.

In total 2,551 lost their lives during these floods (1,836 in the Netherlands, 307 in England, 28 in Belgium, 19 in Scotland, 361 at sea). The Netherlands was worst affected as large areas are below the average sea level.

As well as the loss of human lives, many tens of thousands of animals lost their lives, farmlands, and infrastructure were destroyed. 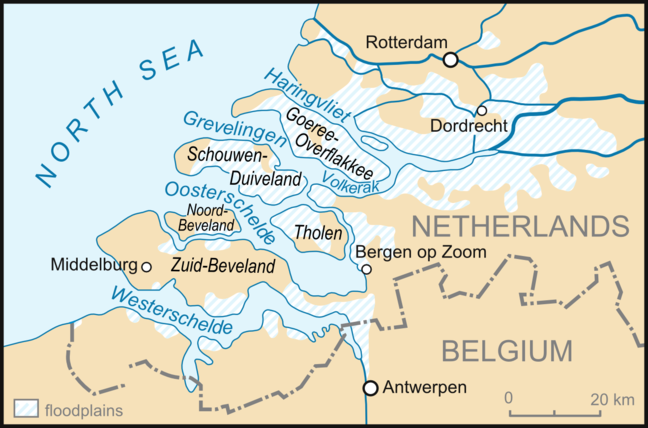 After this event, the Dutch authorities decided to build the Delta Works to prevent such a disaster in the future.

The Delta Works are a series of dams, sluices, locks, dykes, levees, and storm surge barriers located in the provinces of South Holland, North Brabant and Zeeland.

These works have become an international example for how to prepare a community for a natural hazard. They also have been declared one of the Seven Wonders of the Modern World by the American Society of Civil Engineers. 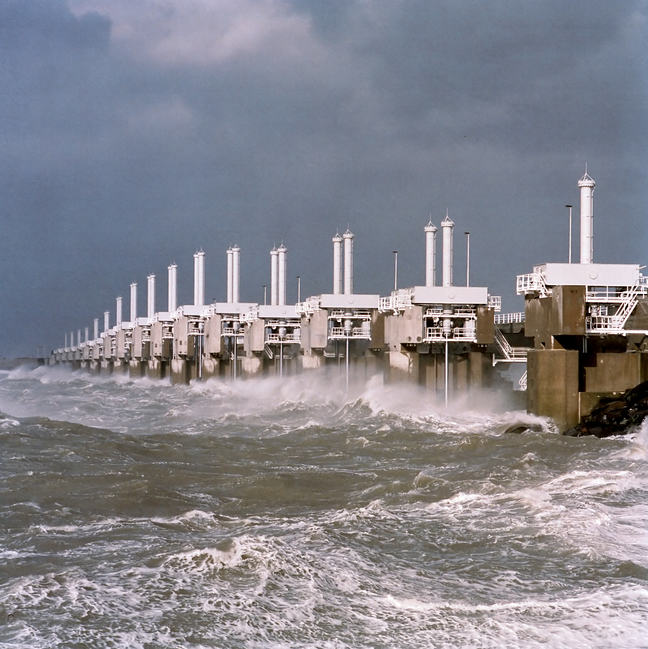 Oosterscheldekering during a storm retrieved from Rijkswaterstaat.

Do you know of any similar measures that have been taken in your own country?

If you want to have a go yourself at protecting communities. The UN Office for Disaster Risk Reduction has designed an online game.

You can choose from three scenarios; tsunami, earthquake or flood.

The goal is to take appropriate measure to protect your town within a given budget.

This is an optional activity but if you do play the game, you can share and discuss your experiences in the comments below.