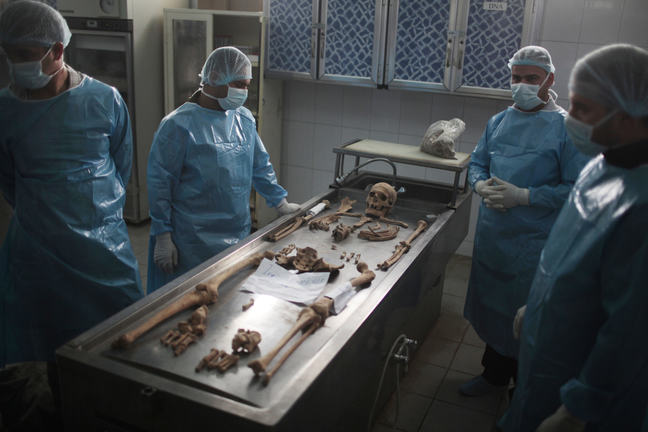 Baghdad, morgue at the Medico-Legal Institute. Forensic anthropologists reconstituting the remains of a body found in a mass grave in Saklawyia, Anbar Province.

What does a forensic anthropologist do?

1) Obtain a skeletal profile (‘osteoprofile’) from the remains of the deceased individual, which includes age at death, sex, stature and ancestry.

2) Ascertain whether there is evidence of trauma on the skeleton. The anthropologist should aim to identify whether this trauma occurred at around the time of death, or whether it is unrelated to death (i.e. postmortem). If possible they should identify the potential cause of the trauma.

3) Through a knowledge of decomposition, they should contribute towards an understanding of the amount of time that has elapsed since death (post-mortem interval).

4) Assist in recovering and locating buried or surface deposits of human remains (this is usually in conjunction with a forensic archaeologist).

5) Provide useful information for obtaining a positive identification of the deceased individual.

You will cover all of these and more in the following weeks.

Pathologists are experts in studying the bodies of the dead, but their extensive medical training and expertise is focused on the soft tissues of the body. Pathologists do not have training in the detailed analysis of the skeleton.

When the soft tissues have decomposed it is essential for a forensic anthropologist to examine the skeletal remains of the body. Techniques of skeletal analysis are developing very rapidly and forensic anthropologists have a better knowledge and understanding of the latest scientific methods. Pathologists may not be aware of this research because the majority of their work concerns the soft tissues. When human remains are decomposing, but soft tissue is still present, the best approach is for the pathologist and anthropologist to work collaboratively in order to ensure the best interpretation of the evidence.

Forensic anthropologists are trained in comparative osteology (i.e. the bones of different animals as well as humans) and can quickly differentiate between animal and human remains. The image below shows the humeri from different species of animals to highlight the morphological differences and similarities. It is the ends of the bones (the epiphyses) that are the most diagnostic in terms of identifying which animal the bone is from. 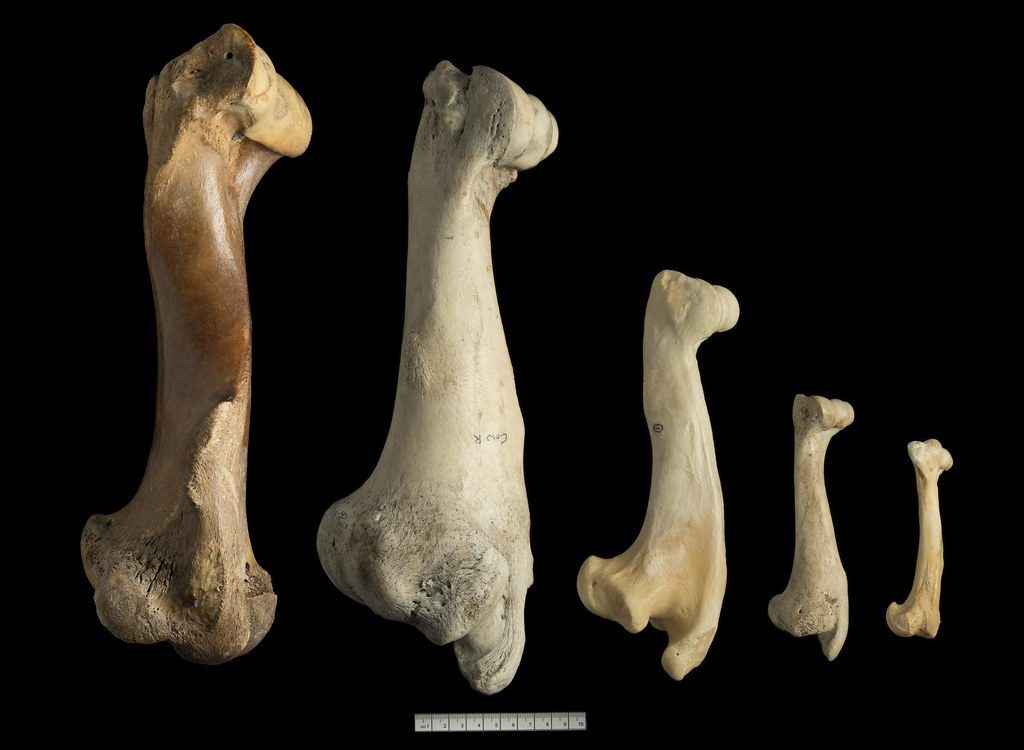 The difference between animal and human bones is sometimes straightforward, even for non-specialists. This is particularly true of bones such as the skull, which look very different between species and can have distinctive animal features such as horns or large canines (teeth). However, some bones of different species can look quite similar to human bones and can easily be confused. Furthermore, the skeletal remains of infant and juvenile animals can very easily be mistaken for humans and vice versa. The image below highlights this. It shows two infant femora (thigh bones). The one on the left is from an infant animal and the one on the right is from a human infant. 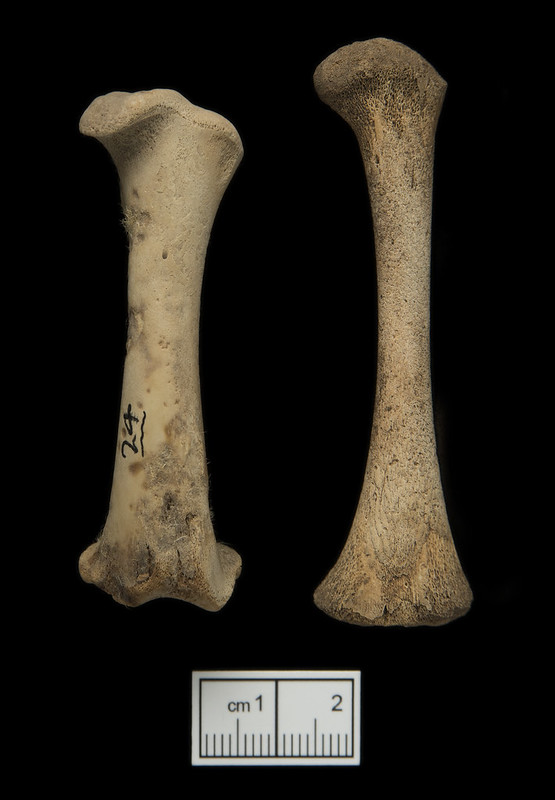