This content is taken from the Durham University's online course, Forensic Archaeology and Anthropology. Join the course to learn more.
View course
5.11 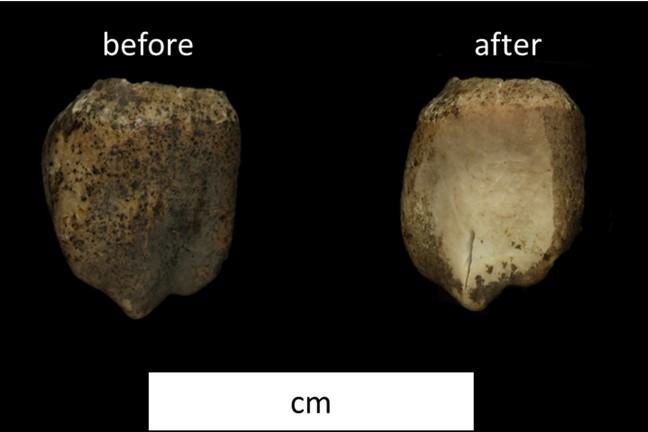 Amelogenin is a protein that is used to produce enamel for teeth. This protein is expressed from both the X and Y chromosomes and so will differ between men and women.

The peptides from the protein structure can be sampled by taking an acid etch of the tooth enamel following a set scientific protocol and then analysing the sample in a special mass spectrometer. 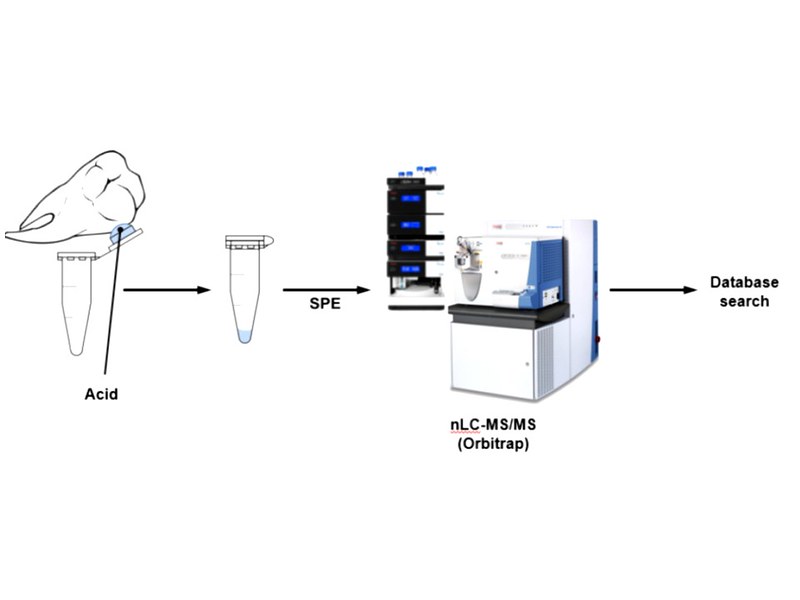 The different sexually dimorphic forms of the X and Y chromosomes can then be identified to establish the sex of the individual. The image below shows the results obtained from testing the methods on archaeological samples of known sex. Sex for these individuals was established from documentary evidence. The peptide analysis was accurate in 100% of cases tested. 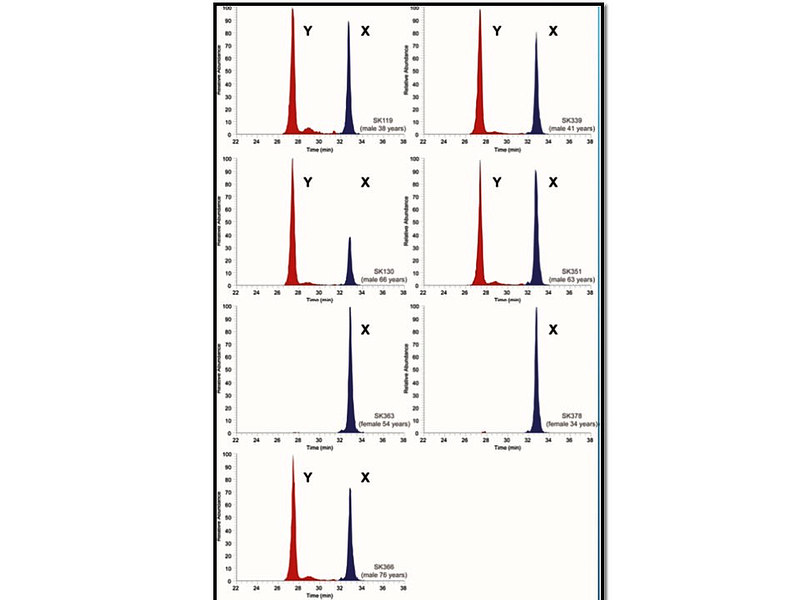 This technique is revolutionary because it is much less destructive than DNA analysis for determining sex. On mature teeth, it is even sometimes difficult to spot where on the tooth the sample was taken, as the damage is so minimal. On infant teeth, the etch will tend to be a little more extensive because they are less well mineralised. The method has also been shown to work successfully on very degraded archaeological and forensic samples. If skeletons are badly degraded, DNA analysis does not always work. 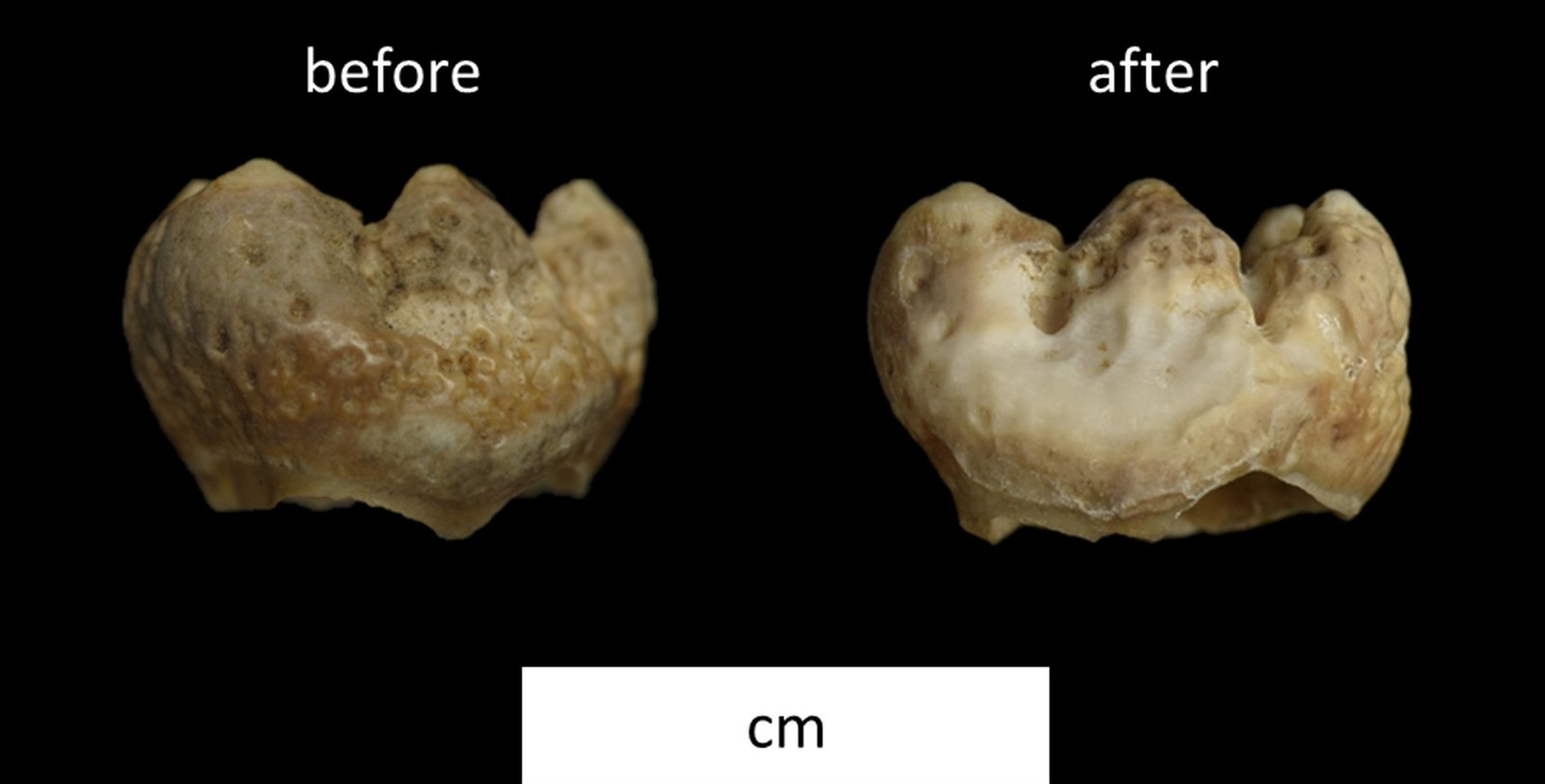 This method is also considerably cheaper and quicker than DNA analysis. For the first time, it gives scientists the potential to determine the sex of large samples of skeletons quickly and relatively inexpensively.

For more information see the article linked below in the ‘SEE ALSO’ section.