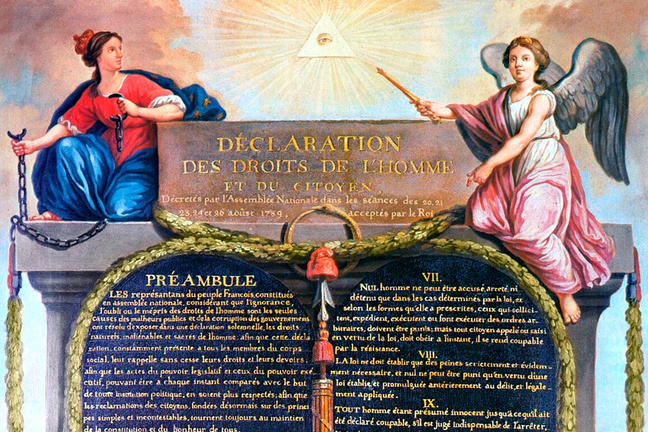 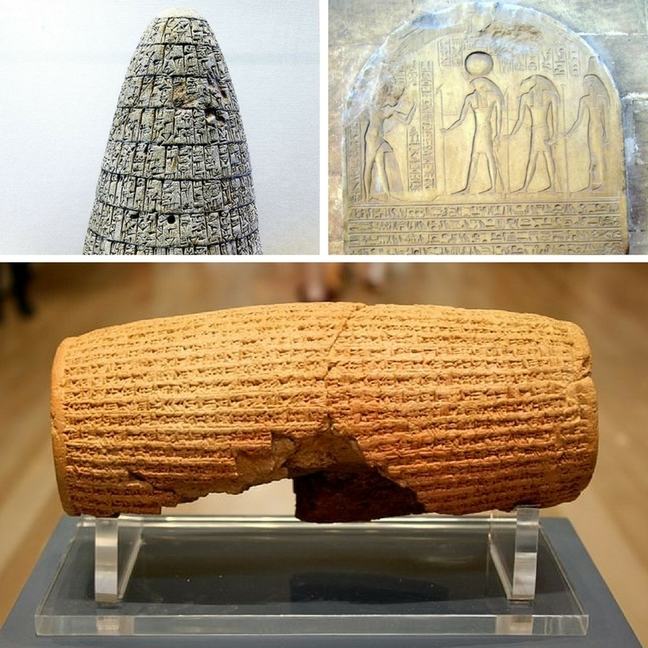 Brahmi inscription on a fragment of the 6th Pillar of Ashoka. Photograph by PHGCOM, used under Cc licence.

What is the bottom line of all these ancient texts? First, the principle of justice is presented as meaning both “truth” and “fairness” (in other words, what is mathematically just, meaning exact, is socially just too, meaning equitable); and anything arbitrary is forbidden.

Second, they promote tolerance of different beliefs. Thirdly, universal self-discipline, of citizens and rulers alike, does not authorize the latter to exploit the former. Fourth, respect for others, meaning not doing to others what you would not have done to you.

But there is also what has not been found in them, at least not yet: the right to not believe; individual and not only collective freedom; and the people’s sovereignty, not only divine sovereignty.

It should be noted that the English, the first Western authors of a declaration of rights which was deemed a real turning point, were not alone in inventing a list of universal values. 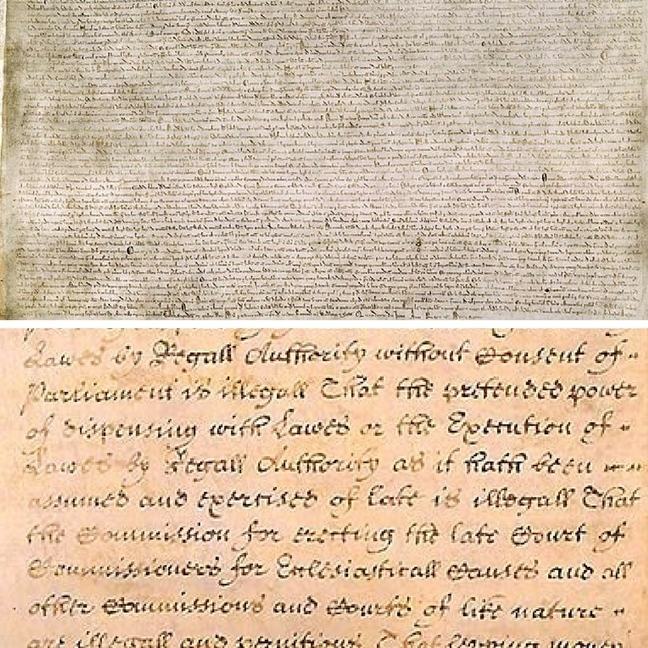 Top: a detail of the Magna Carta (originally known as the Charter of Liberties) of 1215. Bottom: a closeup of the middle portion of the English Bill of Rights of 1689. Public domain.

Here are Declarations of Rights which are also said to be universal: those written during the other two 18th century revolutions. 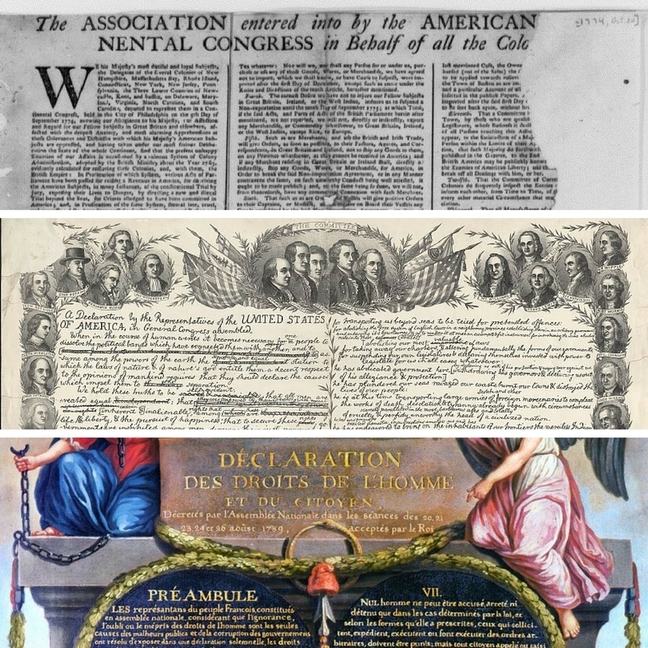 Top: The Continental Association, signed by Thomas Jefferson, 1774. Middle: the United States Declaration of Independence, 1776. Bottom: the Declaration of the Rights of Man and of the Citizen, France, 1789. Public domain.

The Philadelphia Congress, first, establishes a right to conscientious objection, religious tolerance and education (called “public instruction”). The Declaration of Independence written by Thomas Jefferson at the age of 33, states: 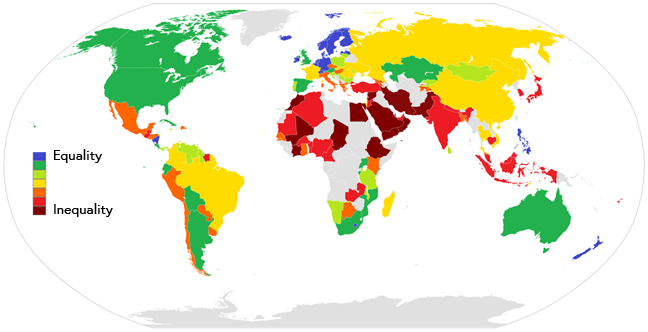 Let’s now consider another indicator of respect for the human person: the death penalty (in green, it is used for war crimes only, in orange, it is legal but not used, in red, it is used without conditions; in gray, it has been abolished). 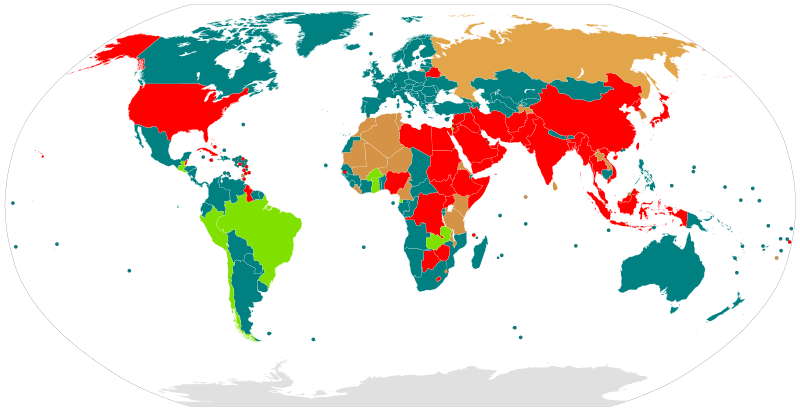 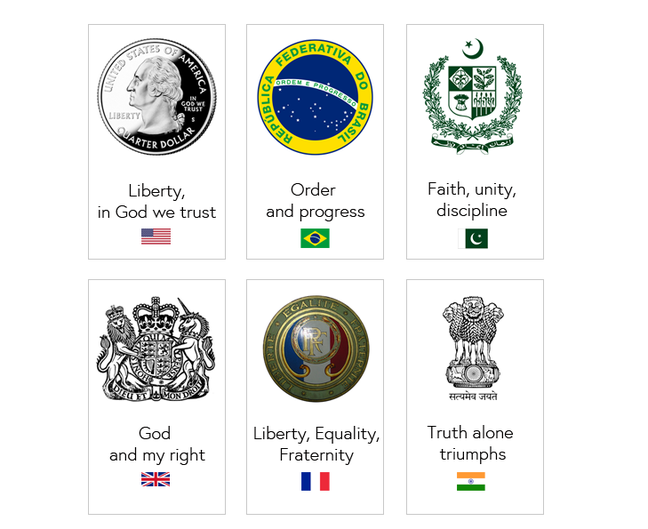 Help to create a more trans-friendly workplace, by learning about trans people, the struggles they face and how to support them.