This content is taken from the University of York's online course, Poetry: How to Read a Poem. Join the course to learn more.
View course
2.7 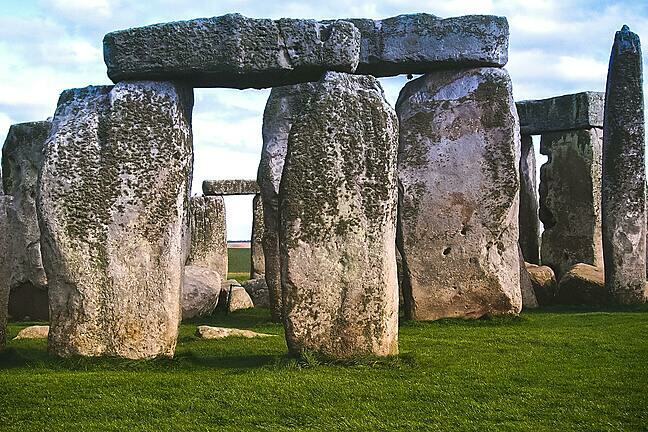 A poet on form

In this article, the poet Penny Boxall examines what form means to her.

There’s something monumental-feeling about this topic, as though I’d been asked to explain ‘Stonehenge’ or ‘gravity’. How can one begin to unpick an element so intrinsic to the poem that it really, after all, is the poem?

Allow me to indulge in a rather obvious metaphor for a moment:

Imagine you are going to play a game.

You have a ball, and an implement with which to hit it.

You have someone with whom to play the game, who in this instance is The Reader.

But what’s the game?

What’s the shape of the court on which you find yourself? Are you facing a wall against which you’ll smash a squash ball, or a net over which you’ll lob a tennis ball, or a high badminton net? What are the rules of the game?

Even if you’ve decided not to play any sort of received existing game, and you’re going to make your own rules up (or consciously not have any at all), you’re aware of the possibilities, of the sorts of ways in which these things work.

Robert Frost famously said that ‘writing free verse is like playing tennis with the net down’: hence my above (perhaps stretched) metaphor. Whether you agree with this or not, I think it is of importance to know which games exist. Because without knowledge of those games, and their rules, all we’re doing in this poetic sports centre is standing forlornly in our shorts and trainers, occasionally chucking a listless ball into the air and asking each other, ‘what shall we do?’

Another hurdle: ‘Poetic Form’ can seem such a forbidding term, suggesting that poetry needs to be ‘formal’. Instead, we should see it as a helpful way of interrogating a poem’s meaning. To my mind, form informs meaning as surely as word selection. So, when first approaching a poem, I don’t actually read it. I squint at it. This establishes what shape the poem is, and this shape will undoubtedly have something to say to the words that create that shape. I look at line-lengths, the number of stanzas. Stanza, the Italian word for ‘room’, is an apt term. Is the architecture of the poem a one-stanza shed; a mansion with six bedrooms, three receptions and an understairs cupboard; a two-up-two-down terrace? Do the lines meander like old roses, or are they tall and straight as hollyhocks?

Next I might focus on the words that open and close those lines. Each basks in its own miniature spotlight, out there on the threshold of all that white space. Why is it so important? Each of these words is a little clue that contributes towards the poem’s meaning.

So much for the visual. Now for the patterns of sounds that are happening in my head as I look at the words. What about metre? Is it regular as wallpaper, or free and unpredictable as a flock of sparrows?

Then I might start seeing if any of those end-lines rhyme. If they do – how much do they rhyme? Is there a pattern to the rhyme?

After all this interrogation of details, I might be ready to actually read the poem, i.e. try to make sense of the idea which is arranged in all these different ways: in stanzas, in lines, in metre, in rhyme (or not-rhyme).

Then I ask myself, juggling all these details: why is the poem like this?

Undoubtedly there are reasons. Nothing about a poem – or at least a poem written in good faith – is arbitrary or slapdash or unconsidered. Sometimes, for sure, an early draft of a poem, later revised, might have been merely the poet’s best try at the time; but when we encounter a poem we take it on trust, and pretend for the time it takes to read it that drafts do not exist. What we have is The Poem, finalised, self-sufficient, and playing by its own rules. The rules might be obvious (heroic couplets) or obscured (sprung rhythm) or obdurate (the villanelle) or even oblivious (some examples of free verse), but the rules are there nonetheless. Poets need rules to work with, or against. And I think that the only rule we can apply with any certainty to a poem is that there will be space around it.

The elements listed above – the stanza, the line – are really ways of shaping the white space: the uncharted territory of the reader’s mind; the edge of the map, where sometimes, if we’re lucky, there be dragons.

What do you think? Are rules essential to poetry?

Have you ever thought about white space as an important part of a poem?

Can you say something about the form of your favourite poem?