This content is taken from the University of York's online course, Poetry: How to Read a Poem. Join the course to learn more.
View course
3.12 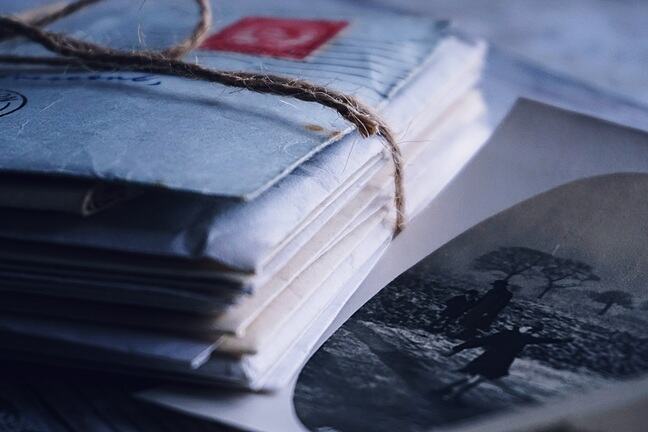 In this article, Professor Hugh Haughton details the poetic conversations between the contemporary Canadian poet, Anne Carson, and the Roman poet, Catullus.

The early twentieth-century American poet Robert Frost said that ‘The way to read a poem in prose or verse is in the light of all the poems ever written’ (Poetry and School, 1951). Though the claim is wildly exaggerated (Frost knows not even the best-read reader could read every poem), it contains a truth. All poems involve conversation with all earlier poems, ancient and modern, and these conversations stretch across time, place, and language. Verse and converse go hand in hand.

This is more obviously true of some poems than others. Coleridge sub-titled some of his early poems ‘A Conversation Poem’, and many are written in dialogue with Wordsworth, his collaborator on the 1798 Lyrical Ballads. Wordsworth’s autobiographical epic, The Prelude is likewise in some sense a dialogue with Coleridge – he referred to it as ‘The Poem to Coleridge’ – while the latter’s ‘Ode to Dejection’, is, at some level, a conversation with Wordsworth (as well as others). Poets need the conversation of friends and rivals, as we can see in the correspondence of poets. Keats is the most brilliant example, but the letters between Robert Browning and Elizabeth Barrett, or Elizabeth Bishop and Robert Lowell, are full of priceless close-up observations on poems and poets.

Elegies and translations, on the other hand, are the best way of conversing with the dead. I want to point to a text that is both.

Anne Carson is a wild and experimental contemporary Canadian poet, who has published brilliant commentaries and translations of Greek poets, including Sappho. She has also composed one of the most vivid works of poetic mourning of recent times, her long elegiac text Nox (2001), written in memory of her dead brother. It takes the form of a conversation on and with the Roman poet Catullus. Nox is written on an unfoldable scroll in a box rather than a book, and contains a scrap-book, packed with photos, scraps of letters from Carson’s brother, quotations, scholarly commentary and dictionary definitions of Latin words. It is built around a 10-line elegy by the great Roman poet Catullus for his brother (Poem 101 of his Carmina), with its famous last line ‘atque in perpetuum, frater, ave atque vale’ ( ‘and forever, brother, hail and farewell’).

Catullus’s poem 101 first appears as an untranslated 10-line Latin text, followed by a long series of lexical commentaries on Latin words on the left-hand pages of the text. After a while, the reader realizes these notes pick out every single word of Catullus’s text in sequence, though without referring directly to the poem or offering a critical commentary on it. At one point, however, Carson brings what she is doing into the open:

Catullus wrote poem 101 for his brother who died in the Troad [the Biga Peninsula in modern Turkey]. Nothing at all is known of the brother except his death. Catullus appears to have travelled from Verona to Asia Minor to stand at the grave. Perhaps he recited the elegy there. I have loved this poem since the first time I read it in high school Latin class and I have tried to translate it a number of times. Nothing in English can capture the passionate, slow surface of the Roman elegy…. I never arrived at the translation I would have liked to do of poem 101. But over the years of working at it, I came to think of translating as a room, not exactly an unknown room, where one gropes for the light switch. I guess it never ends. A brother never ends. I prowl him. He does not end.

The book includes Carson’s own translation of the poem, which we read simultaneously as an elegy for her bother and a response to – and ongoing dialogue with – Catullus’s poem. All poets are members of the dead poets’ society, of course, and the poem commemorates the ongoing life of the dead poet’s words, as well as our need to commemorate our own losses, our own dead. This is Carson’s translation:

Many the peoples many the oceans I crossed –

I arrive at these poor, brother, burials

so I could give you the last gift owed to death

and talk (why?) with mute ash.

Now that Fortune tore you from me, you

now still anyway this – what a distant mood of parents

handed down as the sad gift for burials –

accept! Soaked with tears of a brother

and into forever, brother, farewell and farewell.

The conversation between the two poets is the heart of an uncannily original work of deeply personal mourning.

How do you respond to Carson’s translation/ re-working of Catullus’s poem as a poem in its own right?

What does Carson’s search for a poem that can help her to express her own, enduring grief at her brother’s death say about how we use poetry to console us, to help us understand and wrestle with our feelings, and to express ourselves?

Are poetic conversations ever really two-sided?