This content is taken from the University of York's online course, Modern Sculpture: An Introduction to Art History. Join the course to learn more.
View course
3.16 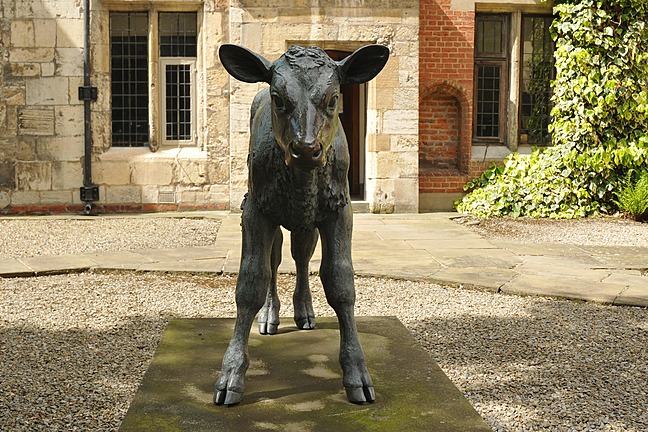 Friesian Calf and the tradition of animal sculpture

Friesian Calf is a life-size bronze sculpture of a new born Friesian calf, a breed known for their role in dairy production.

By the time Arnup made Friesian Calf in the 1990s, she was well established as an animalier, or artist who specialises in painting or sculpting animals. Animal sculpture is a popular field with a history that dates to the earliest examples of humans making sculpture. Animals are an important part of our collective culture; in religious traditions, hunting, farming, sporting competition, and of course, simple companionship. Therefore, you’ll find examples of animal sculpture from ancient Egypt to the present day. Can you think of any you’ve seen before?

Arnup often took commissions, requests from buyers who wanted a sculpture made for them. In this respect, animal sculpture can be quite similar to portraiture as many buyers want likenesses of their domestic pets, fastest race horses, or even prize-winning farm animals - you can see a range of Sally’s commissioned animal sculptures online. In the case of Friesian Calf, Arnup was gifted three calves which she reared on her farm, so the subject of this statue is quite personal to the artist.

Friesian Calf might seem considerably different from the first two examples we studied this week, Single Form (Antiphon) and Dryad. You might wonder where animal sculpture, with its attention to naturalism, realism and traditional role in art history, fits into our story of modern sculpture. However, an interest in animal forms and the pervasive role of animals in our culture did not die out with the advent of abstraction. In fact, many modern sculptors continued to look to animals as creative source material. 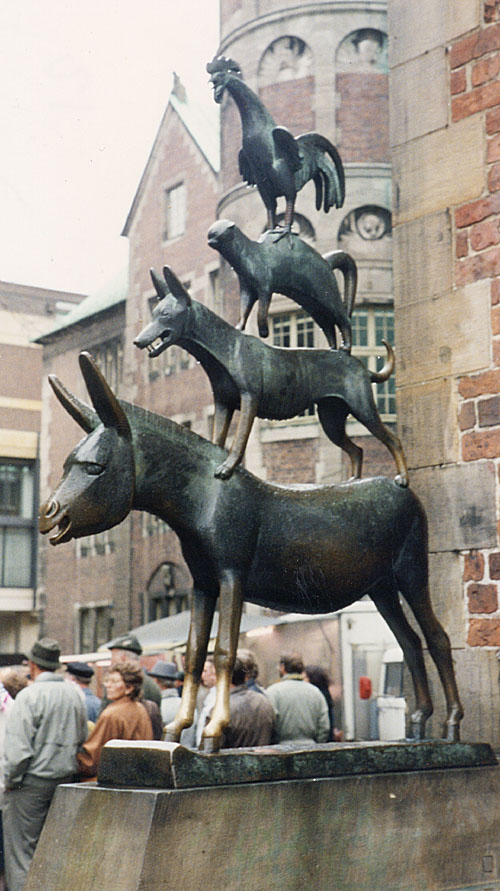 Marcks’ Musicians is a more abstract and stylised type of animal sculpture than Arnup’s Friesian Calf. Marcks’ group of four are formed into a pyramid shape with pronounced and elongated backs and necks. The flowing lines are rhythmic – the same shape of line is repeated in each individual animal, but these lines work together to emphasise the cohesive shape of the whole sculpture. This group also shows Marcks’ ability to observe animals closely and depict their individuality without excessive detail.

Compare and contrast Bremen Town Musicians and Friesian Calf. What are their similarities and differences? Do you think they’re both a part of the same tradition of animal sculpture?