This content is taken from the University of York's online course, Modern Sculpture: An Introduction to Art History. Join the course to learn more.
View course
2.3 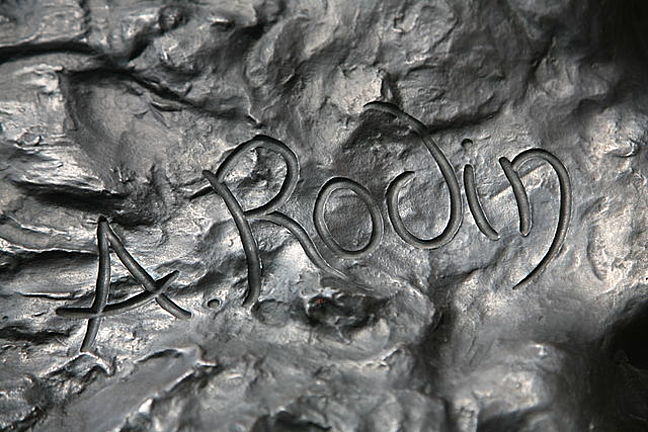 Modern sculptors 1 - Auguste Rodin: why is he considered the 'father' of modern sculpture?

One of the key areas we’re going to get to grips with this week is what exactly makes sculpture after a certain period ‘modern’? How is it different from what came before?

We’re going to start this week by exploring two artists heralded as the leaders in an altogether new approach to the practice of sculpture. You might have heard of these two men or even seen their work in museums across the globe. But let’s dig deeper and find out where they fit into the story of modern sculpture and why their contributions are considered so important by art historians.

The first artist we’re going to look at is Auguste Rodin (1840-1917). Rodin was a French sculptor working in Paris, whose life bridged the years between Queen Victoria’s ascension to the throne and the First World War. During that time, he was a prolific figure in the Parisian art world, pushing the boundaries of subject, style and form, and his influence quickly spread to sculptors working across the globe.

The start of his career was humble – he worked mostly as a plasterer and ornamenter, decorating the facades of buildings for the large-scale redevelopment of the Parisian city centre, overseen by Baron Haussmann. After spending several years travelling around Belgium and Italy, Rodin returned to Paris in 1877 and his career as an independent sculptor finally began to take off with important public and private commissions. However, Rodin’s style was different from the established tastes of the art world. He was celebrated and considered a part of the avant-garde, a term we’ll encounter at several points in this course. Literally translated to ‘advanced guard’, in art historical terms, the avant-garde can be defined as any innovative, radical and original approach to art.

According to the art historian, Penelope Curtis:

“Rodin serves to introduce, and to act as a foil for, developments which might be seen as the keys to an understanding of the evolution of sculpture in this period. Paris was already the major artistic centre; Rodin’s reputation strengthened and complicated its attraction for sculptors. He worked within the Salon [the most important art school in France] tradition, but also created space for a developing avant-garde. Rodin returned sculpture to the forefront of artistic discussion; once again a sculptor was as pertinent as a painter.”

Let’s analyse one of Rodin’s most famous works, The Gates of Hell (1900) in order to understand what made him so different and influential. The Gates of Hell was originally a public commission to decorate the entrance of a new museum, which in the end was never built. Rodin decided to keep working on the doors and eventually created nearly 250 figures which include early versions of some of his best-known works including The Thinker. The Gates of Hell is an example of bronze cast bas-relief sculpture. 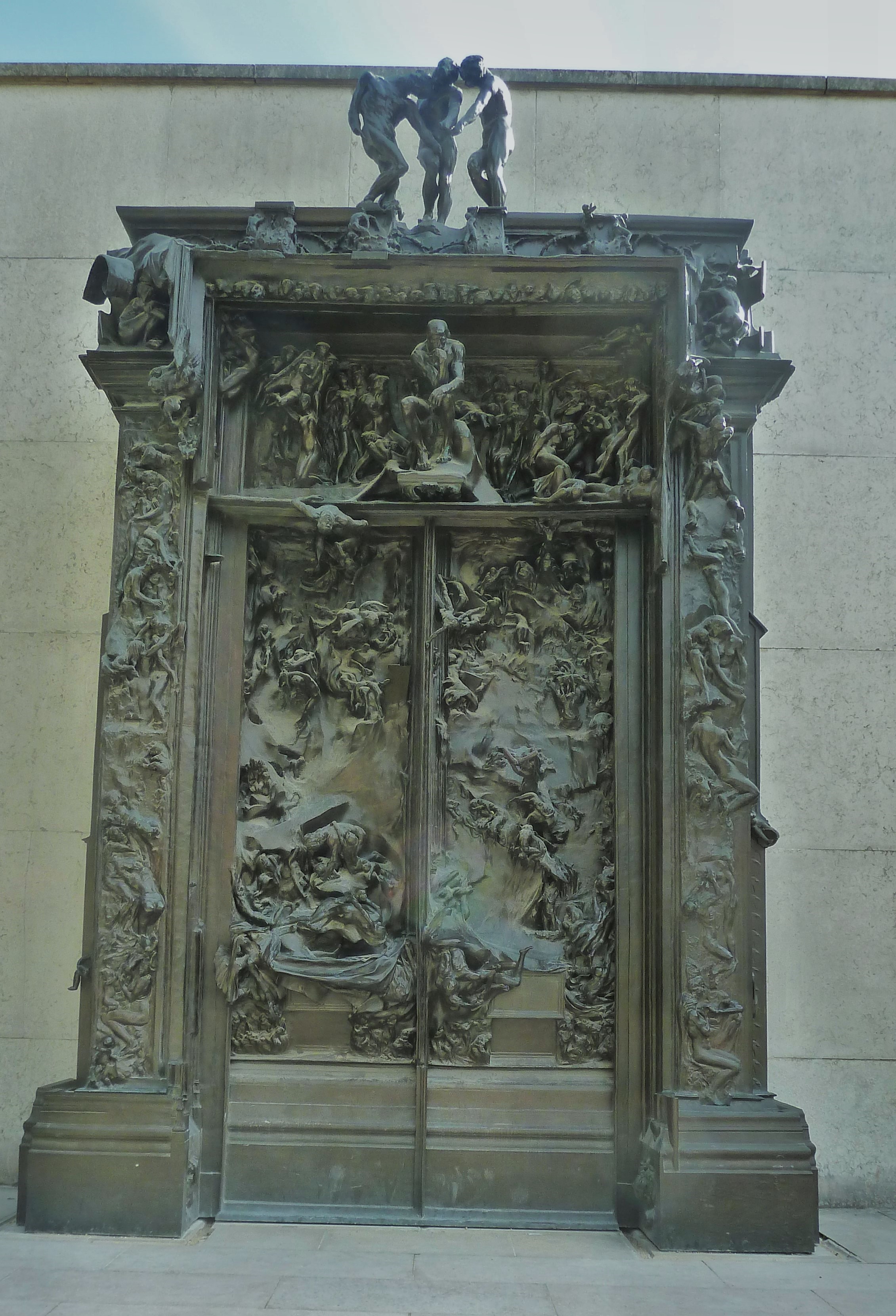 This online tool provides a high-resolution image of The Gates of Hell. You can zoom in and explore different parts of the sculpture. Can you spot any of Rodin’s other famous works on the gates such as The Thinker?

Michelangelo, Dante and the Renaissance

The Gates of Hell is based on Dante’s Divine Comedy, a narrative poem written in 1310. In 1875, Rodin travelled to Italy and was introduced to the work of Michelangelo, the famous Renaissance artist. This was a transformative experience for Rodin and he became enamoured with the Italian Renaissance, of which Dante and Michelangelo were two key figures. Rodin appreciated the narrative depth of Dante’s poem which allowed him to create hundreds of different characters for the gates. From Michelangelo, he drew on the sculptor’s naturalistic approach to the nude body including musculature and his characteristic twisted poses. He was also inspired by another set of decorated gates he saw in Florence, The Gates of Paradise by Lorenzo Ghiberti.

Rodin is credited with bringing a new approach to depicting the human form in sculpture. Typically, models posed in traditional postures for artists and nude sculptures were rarely made. In contrast, Rodin’s models ran carefree around his studio in states of undress and Rodin always worked from nude live drawings, only later adding clothes if the piece called for it. As a result, each of his figures appear natural and dynamic, with varied poses that make them feel individual. Rodin wrote of his famous work, The Thinker:

“What makes my Thinker think is that he thinks not only with his brain, with his knitted brow, his distended nostrils and compressed lips, but with every muscle of his arms, back, and legs, with his clenched fist and gripping toes.”

Freud and the Psychological Depths of Sculpture

The Gates of Hell capture a dramatic moment from The Divine Comedy as the narrator begins his journey through the nine circles of Hell. The figures on the gate are all condemned to an eternity in Purgatory and Hell. Their postures, twisted and contorted, and expressions, filled with dread and pain, shows the emotional elements of their experience. These details add psychological depth to the work, something which hadn’t been captured in such visceral detail before Rodin. At the same time as The Gates of Hell was being created, the works of the psychoanalyst, Sigmund Freud were beginning to circulate. Freud’s ideas on the unconscious and the interpretation of dreams immediately fed into reactions to The Gates of Hell which plumbed the same psychological depths through the medium of sculpture.

In many ways, Rodin was the progenitor of modern sculpture and his sensual, expressive and emotive work continues to captivate viewers. What do you think of his monumental Gates of Hell?

However, Rodin largely worked within the tradition of large-scale bronze figurative sculpture. In the next section, we’ll encounter an artist that rebelled against nearly a millennium of established art practice.