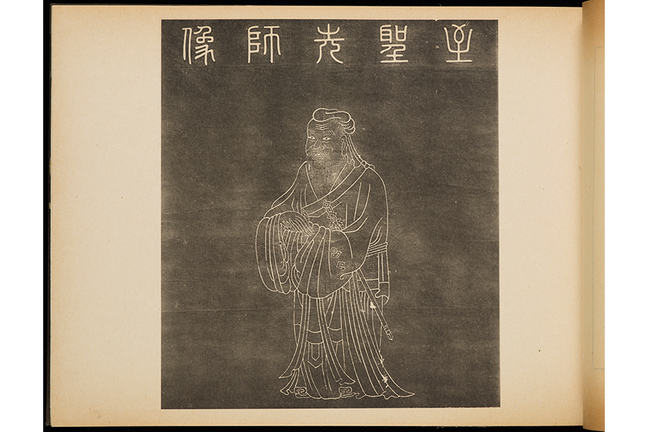 Confucius was born in 551 B.C.E. in Qufu, Changping district, in the ancient kingdom of Lu (present-day Shandong province). This was a tumultuous period in Chinese history.

After defeating King Zhou (Di Xin) of Shang, King Wu of Zhou moved the capital to Haojing (present-day Xian) in 1027 BCE, marking the beginning of the Western Zhou dynasty, and governed with great wisdom. However, the dynasty’s power declined during the reign of King You (781 – 771 BCE), and the capital was once more moved under his successor, King Ping, to Luoyi (present Luoyang) in B.C. 770, thus inaugurating the beginning of the Eastern Zhou dynasty.

Various smaller independent states increased their power ushering in a period of weakened central authority and growing instability. The period up to 403 BCE of the Eastern Zhou is known as the Spring and Autumn period and the period comprised between 403 and 221 BCE, when the country was finally unified by the first emperor of Qin (Qin Shi Huang), is called the Warring States period. The Spring and Autumn period was not a peaceful time. Constant warfare took its toll on the lives of ordinary people. This was the time when Confucius lived and preached his doctrines.

Interestingly, the founder of Buddhism, the historical Buddha, was also born at this time, in 565 BCE, so while Buddhism was being preached in India, Confucius was travelling from state to state to promote his teachings.

According to tradition, Confucius showed exceptional talent and became a government official in the state of Lu. At the age of 34, he visited the Zhou capital and asked Laozi (the founder of Daoism) to become his teacher. In the following year, he traveled to Qi, where he was greatly moved by the music of the ancient state of Zhou. He then immersed himself in the study of the culture of the Zhou, such as the Book of Changes (Yijing, known also as Zhouyi), and famously studied the book so hard that “the binding came undone three times”. In his 50s, he was appointed Magistrate of Zhongdu in Lu, and later to the office of the Secretary of Public Works, and finally Grand Secretary of Justice, in which capacity he is said to have exercised his duties well. At 55, he left Lu, and traveled to the states of Wei, Song, Zheng, and Chen. Confucius preached what he regarded as the ideal politics for each state, and told leaders that if government were entrusted to him, he would be able to create a well-governed state. Although he did run into some trouble during his visits, he continued his travels for some fourteen years, which shows just how committed to his cause he was. At the age of 68, he returned to Lu, and until his death at the age of 73, in 479 BCE, he devoted himself to teaching and editing texts. He is said to have had some 3,000 more followers, in addition to 72 chosen disciples.

The Shengjitu (“Illustrated Life of Confucius;” or more literally, “Images from the Master’s Traces”) is an illustrated biography of Confucius consisting of 104 sketches accompanied by simple, easy-to-understand explanations (fig. 1). The famous historian Sima Qian (J. Shiba Sen) of the Han Dynasty also wrote a“Biography of Confucius”, which he included in his masterwork, the Records of the Historian (Shiji), based on the information contained in the Analects.