This content is taken from the University of York's online course, Logic: The Language of Truth. Join the course to learn more.
View course
2.17 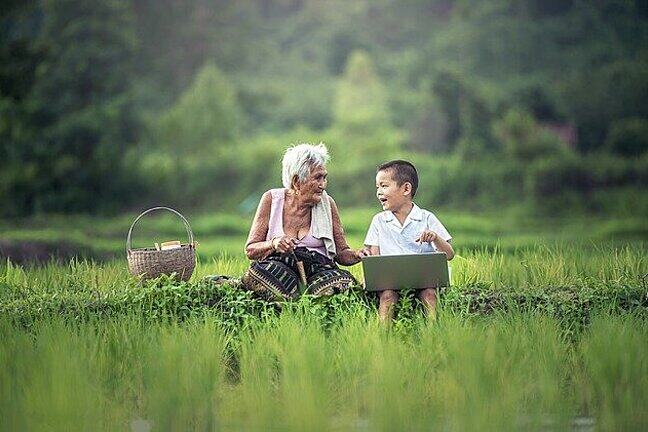 Paul Grice on rules of conversation

In this step, we’ll look at an idea from philosopher Paul Grice on how the kind of ‘getting a message across’ that we’ve been looking at works.

Grice suggested that conversation is a cooperative activity and there are rules that speakers try to follow in conversation — and effectively expect others to follow — though most speakers probably can’t state them explicitly. (They’re like the rule we follow in walking where, if someone’s coming towards you at a narrow gap, you’ll signal with your arm and body position which way you’re going to go to avoid one another. No one told you this rule, and you’ve probably never said it to yourself, but you still follow it).

Grice suggests that these rules play a role in this kind of suggestion or — as it’s called — conversational implicature.

Grice says there are four rules of conversation:

Grice says that implicatures are triggered where it seems that these rules have been broken. The basic idea is that this sends hearers on a search for an explanation of why the speaker would have broken the rules. The explanation will include attributing beliefs and attitudes to the speaker, and those will provide the content of the proposition conveyed.

Consider the dog case. Alex asks: ‘Where’s the cheese I left on the table?’ Bea responds: ‘The dog is looking very happy.’ At first glance, what Bea says doesn’t look Relevant. So, according to Grice, Alex (and we, thinking about the conversation) think: Why say that in this conversation? And the answer that’s only a thought away is: Ah! Bea thinks or knows that the dog ate the cheese (and that’s what has made it happy)!

Notice that only one of the rules directly concerns truth (‘Quality’). This means that a sentence can be a ‘wrong’ or bad thing to say—because it breaks the rules for no reason—without having to be false, even in factual conversations.

If Grice’s general idea is right here, then we as ordinary speakers might think ‘You really shouldn’t say that in this sort of conversation’ without that meaning that we think that the sentence used is false. This idea will be helpful when we come to look at ‘or’ and ‘if … then … ’ later.

(As we’ve said before, don’t worry if you don’t feel like you get these idea totally at this point. They will come through more clearly as we use and develop them.)