This content is taken from the The University of Auckland's online course, Logical and Critical Thinking. Join the course to learn more.
View course
3.2 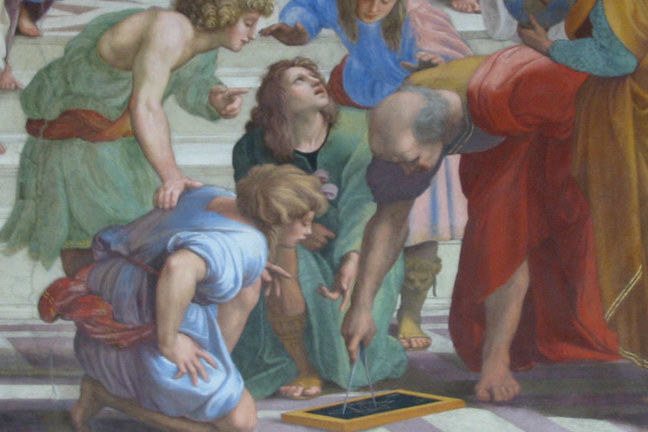 Before you can tell whether the premises of an argument provide appropriate support for the conclusion, you need to decide which standards to use in your evaluation, and this depends on whether you have an argument of the first or the second kind. The topic for this segment is the distinction between the two, and we will express it as a difference between deductive and non-deductive arguments.

If a deductive argument succeeds in providing conclusive support for its conclusion, it would be absurd for the premises to be true and the conclusion false. The kind of support intended in deductive arguments is infallible, inevitable, necessary, “bomb-proof”…

There are phrases people may use in arguments to indicate that they are deductive.

Here are some examples of deductive arguments:

It’s good to read the Bible on as many days of your life as possible. Therefore, any day is a good day to start reading the Bible every day.

A good historical case of deductive reasoning goes back to Euclid. Euclid is the author of The Elements, thirteen books collating just about everything the Greeks knew in geometry. Starting from a list of postulates—as premises in arguments—Euclid shows how to prove important theorems, such as the famous Pythagorean Theorem: the square of the hypotenuse of a triangle is equal to the sum of the squares of the other two sides (you might remember this from the equation \(c^2 = a^2 + b^2\)):

Many philosophers and scientists over the centuries have tried to mimic Euclid’s style of reasoning by providing deductive arguments for their views. However, such standards for arguments cannot always be met successfully. And that’s where non-deductive arguments come into play.

In a good non-deductive argument, if the premises are all true, you would rightly expect the conclusion to be true also, though you would accept that it may be false.

If you like, think of non-deductive arguments in terms of bets. If the premises of a good non-deductive argument are true, then you would be happy to bet that the conclusion is also true. The argument would have provided you with the confidence that your bet is a sensible one, but – since it is a bet, after all – you would accept that the conclusion may turn out false and you may lose.

As with deductive arguments, there are phrases people may use to indicate that arguments are non-deductive.

Here are some examples of non-deductive arguments.

It’s cloudy today, so there’s a high probability that it will rain today.

The greediest person who was left alone in the room is Aunt Mary. Chances are that Aunt Mary is the one who stole the apple tart.

Only all the observed wizards that we’ve seen so far were widowers. So the next one we expect to be a widower.

To indicate that an argument is non-deductive in standard form we write “Therefore, probably” as in:

Now, this whole discussion raises a further question: how are we to decide whether arguments are deductive are non-deductive?

This is a difficult question. Part of the difficulty is that the answer varies with context. Mathematicians only accept deductive arguments, because they are after certain knowledge. Mathematicians are not going to accept arguments that are merely strong. They want deductive arguments. But in a court of law, we cannot only expect deductive arguments. It would be much too demanding and we would almost never be able to put criminals in jail. Instead, cases have to be established beyond reasonable doubt, so that we are very confident in our conclusions, even though we are aware that we might be wrong. We need to strike the right balance, as we don’t want it to be too easy to put people in jail either.