This content is taken from the Griffith University's online course, Music Psychology: Why Does "Bohemian Rhapsody" Feel so Good?. Join the course to learn more.
View course
1.8 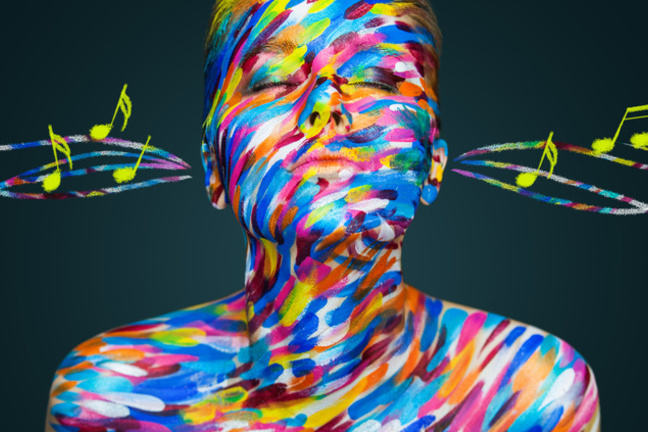 The neuroscience of reward and emotion

What happens to how we react to music if someone changes our brain chemistry?

When you watched the Capilano Suspension Bridge experiment video, you might have been a little confused if you expected this to be all about music. Sure, you might be thinking, the lesson of the experiment is that there is a cognitive component to emotion, plus a physiological component. But what does this have to do with music? And where does the brain fit into all of this?

Firstly, let’s talk about neuroscience: which is the study of a cell in your body called the neuron. Your brain is made up of billions of them. Neuroscience can range from very specific study of how an individual neuron works to research that looks at the broader picture of how all of those neurons come together to analyse and interpret particular kinds of information (this is often specifically called cognitive neuroscience).

There are many misconceptions out there in popular culture about what brains do but, basically, a brain is a bunch of neurons sending electrochemical signals to each other.

Ultimately, if you have a thought, or if the hairs stood up on the back of your neck, that happened partially because your brain has been doing its thing. There is a network of neurons running through your whole body, not just the brain, allowing your brain to control your body.

In 1980, a psychologist called Avram Goldstein did a fascinating experiment where he dosed students with naloxone and had them listen to music. The drug naloxone blocks the release of a brain chemical called dopamine which plays a role in the brain’s reward system, giving people a rush of pleasure when they do something like take opiates such a morphine. As a result, people who take naloxone simply don’t feel the rush they would ordinarily feel when taking opiates. Its for this reason that naloxone is sometimes used as part of drug rehabilitation treatments, or in the immediate aftermath of an overdose to break the association between the drug and the rush.

Goldstein administered a dose of naloxone to undergraduate students, and had them listen to music of their own choice. Goldstein found that the undergraduates who had been dosed with naloxone, on average, felt less goosebumps, and other bodily sensations, when they listened to their favourite music compared to students who’d been dosed with just salty water.

You might remember the film ‘Lucy’, starring Scarlett Johansson, which was based on the premise that you only use 10% of the brain. Have a look around the web and see whether you can find any information about whether this claim that we only use 10% of our brain is true or false. What did you find? Use the comments link to discuss it with all of us.