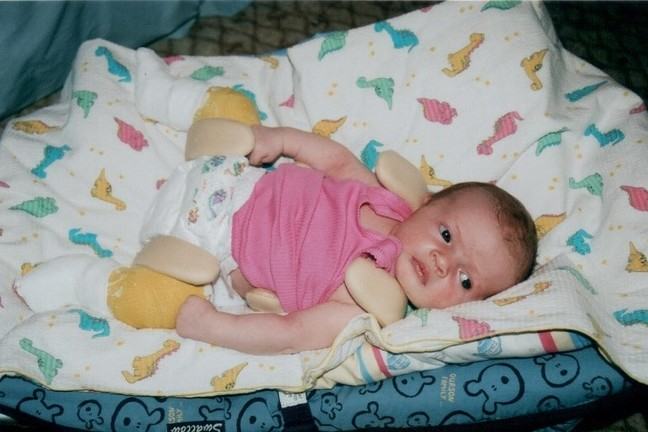 Two of the most common challenges relating to hip and foot abnormalities in newborns are developmental hip dysplasia and congenital talipes equinovarus.

If this problem is not corrected there is a risk that the hip won’t develop correctly. This may lead to pain, problems with walking, risk of arthritis and early need for hip replacement (Westacott et al., 2012). This problem is usually detected following clinical examination by the Paediatrician or specialist paediatric nurse, who is familiar with performing the Barlow and Ortolani manoeuvres we discussed in Week 1. The condition is further confirmed with a hip ultrasound (Westacott et al., 2012).

Initial treatment of congenital hip dysplasia uses a splint to place the infant’s legs in a flexed and abducted position. A variety of splints may be applied by the paediatric orthopaedic specialist, including the Pavlik harness or the Von Rosen Splint.

This is a congenital abnormality of the newborn foot. The term Talipes Equinovarus is derived from the Latin words:

pes - referring to the foot

Newborns with talipes equinovarus will usually have: 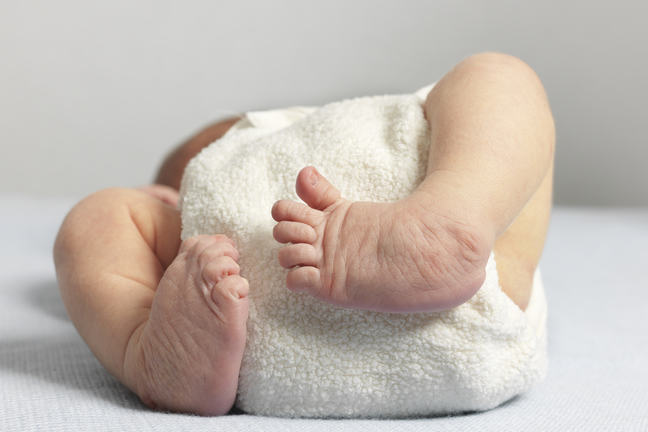 In some cases, talipes equinovarus will be ‘postural’ and arising from the position of the baby in the womb. For example, when there is crowding within the womb in the case of multiple pregnancies. In these cases, even though the foot may appear to be the congenital talipes equinovarus, it can often be manipulated into a normal position and there is usually no skin crease or calf and leg muscle atrophy (Forster & Fraser, 2007).

Post your questions and comments about hip and foot challenges in the link below.