This content is taken from the SOAS University of London's online course, Understanding Public Financial Management: How Is Your Money Spent?. Join the course to learn more.
View course
2.10 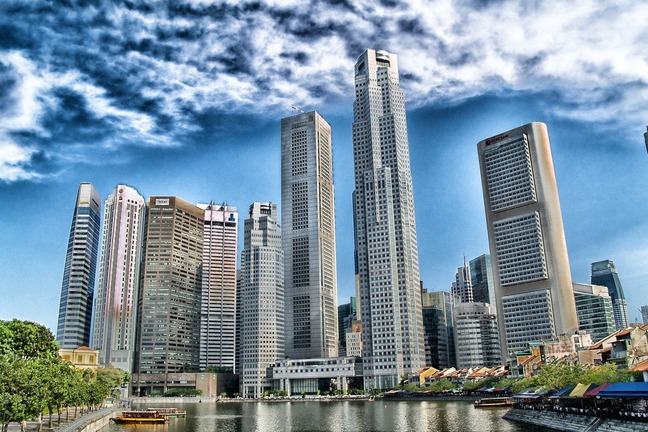 Since gaining independence from the Federation of Malaysia in 1965, Singapore has been managing its own budget. Its central government has remained relatively small with respect to those of most industrialised countries, with total public expenditures about 14.32% of GDP in 2019 (Source: Statista). The size of the public sector, however, is bigger, particularly when we count the Central Provident Fund, a comprehensive social security system that includes pension schemes, sickness benefits, family protection and other welfare programmes. On the top of this, an important role in Singapore’s economy is played by state-owned enterprises.

So, where does the money go? The 2018-19 budget shows total public expenditures amount to about SGD (Singapore dollars) 78,990 million. The budget is divided into four main sections: social development, security and external relations, economic development, and government administration. The areas that attract most public spending include defence (SGD 14,762), education (SGD 13,090), transport (SGD 11,748) and health (SGD 10,632). The expenditures incurred for the prime minister’s office are relatively small, as they account for about 1.1% of the budget. You can see the detailed figures in the table below. 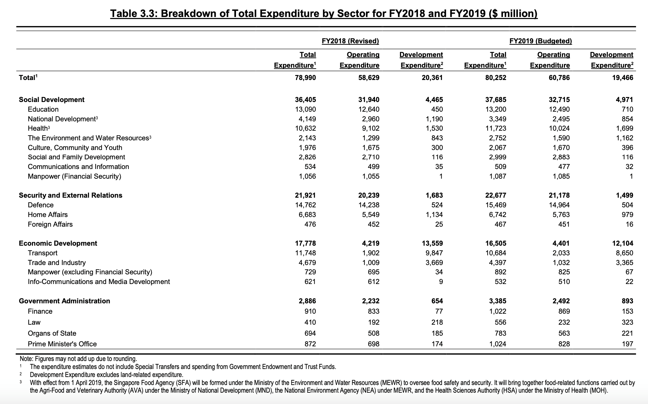 What do you think of Singapore’s budget? Would you say this looks like a ‘healthy’ budget? What does it tell you about the kind of development that the government wants for the country?

Most countries provide similar information about their budget that is made available online. Try and search for the latest budget figures of the government of your country of origin, or of the local council of your borough or town. Then, ask yourself: what is the government spending money on, and how does this help development where you are?