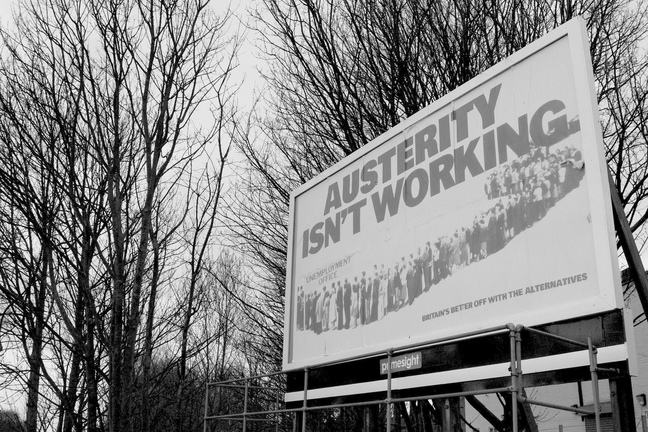 In the aftermath of the 2007-8 financial crisis, many governments around the world found themselves under severe financial pressure. In a bid to recapitalise banks and to restore confidence among investors, many put policy interventions in place, but these interventions resulted in a sharp increase of sovereign debts. The result: several governments decided that the surest way to fix their public finances was to adopt a series of austerity measures.

Austerity measures basically consist of initiatives that are intended to reduce public spending. Spending cuts should reduce the budget deficit or even generate a budget surplus (provided of course that income from tax revenues and other sources remain constant) and ultimately should result in greater capacity to fulfil payments of debts and government obligations.

Austerity policies are highly controversial, however. Public spending stimulates economic activity by providing sources of income for public employees and business opportunities for the private sector, so any cuts to public programmes may negatively affect the economy and society as a whole. Cut public spending and you affect many fundamental public services, from schools to healthcare, from social welfare to the police. Cuts to public programmes reduce purchasing power for families and decrease business turnover. And as living conditions worsen, austerity measures can also have a negative impact on public finance as reduced consumption and trade can result in lower tax revenues.

But cuts may also offer governments the opportunity to get rid of ‘unnecessary expenditures’. Maintaining public programmes over time requires public bureaucrats, whose role and influence will expand over time. Lobbies and politicians may also be called on to satisfy electoral demands with generous programmes. Therefore, austerity policy and public spending decisions have to be considered in a context where such generous programmes are not financially sustainable any more.

Proponents of austerity measures argue that spending cuts may be destabilising in the short term but that they encourage a better allocation of resources in the long run. If spending on public programmes is cut, individuals will search for jobs in the private sector rather than the civil service, for example, and businesses will reorient their efforts to compete in the market rather than lobbying the public sector for lavish procurement contracts.

A common way to implement an austerity policy is to undertake a so-called ‘spending review’: scrutinising spending on public programmes and evaluating their merits, including deciding whether cuts should be made at all. Several countries have undertaken spending reviews during the last few years: the UK, France, Italy, Ireland, the Netherlands, Sweden, Denmark, Canada and New Zealand, to name a few. Some of these initiatives are narrowly focused to identify areas of public spending where cuts can be made, especially if the money spent has a relatively modest impact. Others are more generally oriented, redefining priorities for maintaining public programmes, while de-prioritising those considered obsolete, inefficient or ineffective. The UK’s so-called Comprehensive Spending Review is one such example.