This content is taken from the University of Reading's online course, Rome: A Virtual Tour of the Ancient City. Join the course to learn more.
View course
4.7

The population of Rome has been estimated at around a million people. Feeding a city of that size, in an era before mechanised transport or refrigeration, was an enormous undertaking. The population figure is disputed, because there are no precise demographic data from the ancient world. In Rome’s case, one piece of evidence comes from the rare citation of population numbers in an inscription that is (in part) about the city’s food supply:

If 250,000 adult heads of Roman families received the emperor’s grain handout, the reasoning goes, a total urban population of at least a million seems possible, if not under Augustus then certainly at the city’s high point in the second century AD. As well as giving us a clue to the city’s population size, the passage shows us that emperors well understood the importance of maintain Rome’s grain supply, and the growing expectation among the city’s population that this was the emperor’s responsibility (the ‘bread’ half of the ‘bread and circuses’ equation that we’ll encounter again with entertainment buildings):

At the time of a grave shortage of grain I did not refuse the responsibility for the grain supply, which I so administered that within a few days I freed the entire population, at my own expense, from their fear and danger.

The fourth Roman emperor, Claudius, was also made aware of this problem in a rather dramatic fashion:

When the grain supply was constricted because of continual droughts, he was held up in the middle of the forum by a mob and showered with insults and bits of bread, such that he was scarcely able to escape to the Palatine Hill by a side entrance; afterwards he gave very thorough consideration to ways to bring food supplies in, even during the winter.

Claudius’ response included building a large harbour basin at Portus, near Ostia on the sea coast, to give Rome’s grain fleets a safe anchorage where they could transfer their cargoes to river barges to head up to Rome.

The problem of feeding Rome had preoccupied the city’s rulers since the republican period. Rome’s basic calorific staple was grain, to be made into bread, though olive oil and wine were also important bulk imports; some estimates suggest Rome could have consumed around 400,000 tons of grain annually. Monte Testaccio, a hill made up entirely of broken olive amphorae near the city’s port district, testifies to the comparable scale of the olive oil trade. The city’s immediate hinterland was insufficient to support such a large need, and as we heard from Professor Marzano, a large part of it was given over to the cultivation of fresh produce, like vegetables and fruit, which had to be grown close to its point of use. 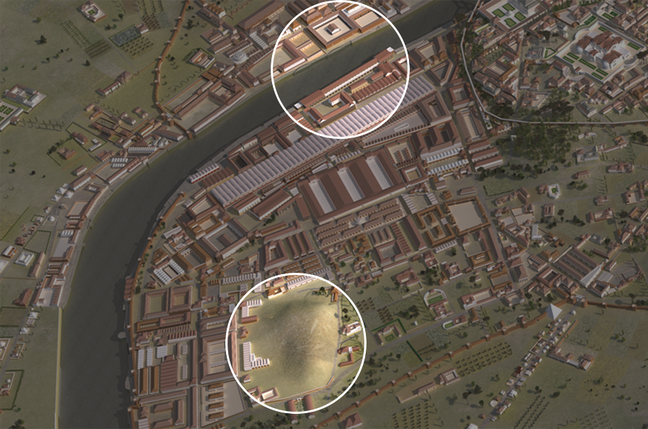 The free market (subject to natural fluctuations and shortages) could not do the job by itself. As we heard in the video, the city’s politicians had therefore intervened in the grain supply, or annona, since the late second century BC. There were direct interventions, like Augustus’ purchase of grain for distribution, and also laws which mandated grain sales at subsidised prices. The first such law was passed in 123 BC by a fiery politician called Gaius Gracchus – arguably the first in a series of populist political gestures that eventually toppled the republic – and was revived by Roman leaders over the years until in 58 BC Clodius (a populist mob politician, and Cicero’s arch enemy) made the grain free and widened the eligibility for receiving it. Augustus and his imperial successors maintained this system at enormous cost (as we have seen); in the early third century AD Septimius Severus added olive oil, and later on Aurelian added pork and wine.

The other part of this equation was providing the physical infrastructure to maintain Rome’s food supply. Water-borne transport has always been important to Rome. It’s there in the city’s origin myths: Romulus and Remus, abandoned to the Tiber by their mother, supposedly floated ashore near the Forum Boarium, an area of coming and going which we encountered when looking at imported Greek styles of temple architecture; Aeneas rowed up the Tiber to the site of the future Rome at the end of his long journey from Troy. 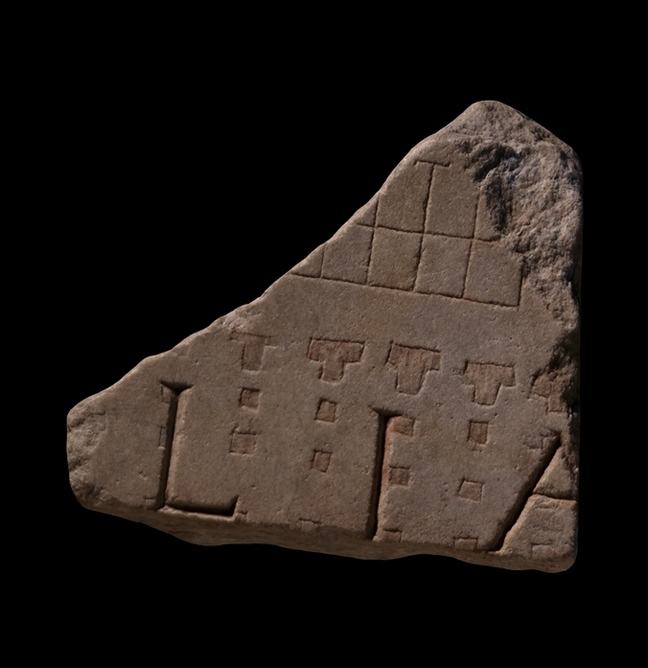 Figure 2: Fragment 23 of the Forma Urbis, showing a part of what might be the Porticus Aemilia . © Stanford University

By the middle to late republic this river connection was served by a dense area of warehouses and loading quays which grew up a bit further down the Tiber, behind the Aventine Hill (which had an association with the plebeian order and temples to Ceres, Liber, and Libera, god and goddesses of crops and vines). The most prominent structure here, on the marble plan, in the surviving archaeology, and in the digital model, is a huge structure made up of a long series of parallel barrel vaults. This has conventionally been called the Porticus Aemilia, on the basis of a fragmentary inscription (‘-LIA’) on the marble plan and a passage of the historian Livy which names the building, which you encountered in Week 1. Modern scholarship has questioned whether we might reconstruct the inscription as ‘NAVALIA’ instead, and read this as a naval arsenal building. Either way, it is testament to the early and sophisticated use of concrete to build an important and massive structure, serving Rome’s connections by water to the wider world. Other buildings in the area included a warehouse named after a second-century BC consul, Servius Sulpicius Galba, with his tomb standing proudly outside it; there are also impressive remains of quays, loading steps, and mooring rings on the Tiber banks.