This content is taken from the King's College London's online course, The Science Behind Forensic Science. Join the course to learn more.
View course
3.13

Separation of complex mixtures (known as chromatography) is an essential tool in forensic science. It is routinely used to identify and compare samples of drugs, explosives, inks and biological samples such as saliva, urine, blood and other. In this chapter we will explain the fundamentals of thin layer chromatography which will be used to make an initial identification of the unknown tablet found at the crime scene.

Thin layer chromatography (TLC) is performed on a glass, plastic or aluminium plate which is coated with a thin layer of silica gel (this is the stationary phase). Samples are spotted onto the plate and a solvent (this is the mobile phase) is drawn up the plate by capillary action, separating the components of the sample. A component which is more soluble in the solvent travels a greater distance up the plate and a less soluble component travels a shorter distance. If the separated components are colourless, a plate can be sprayed with a visualising agent (such as ninhydrin) or can be viewed under UV light.

When running a TLC plate, a negative control (usually water), a positive control (a reference standard) and an unknown sample should be spotted on the same plate and their Rf values compared. Under constant conditions, the Rf value for a specific substance will be the same. 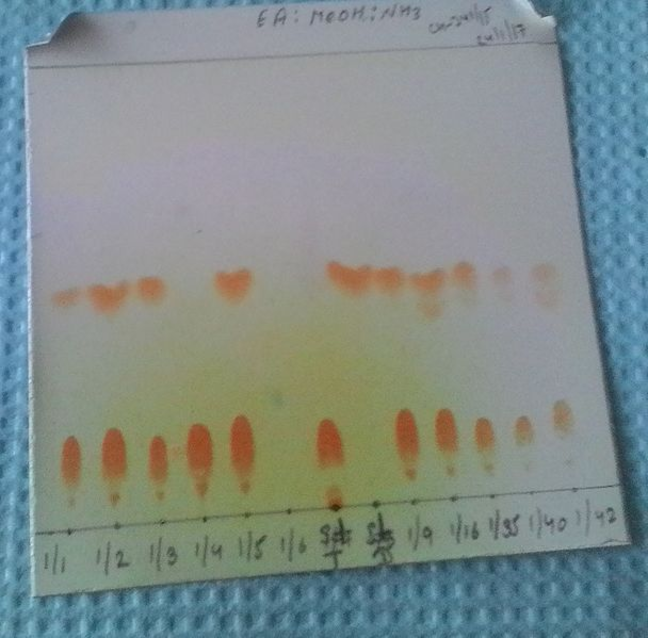