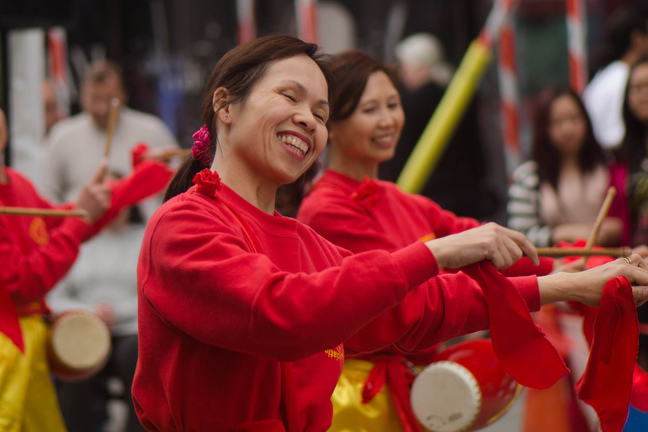 In the UK, roughly 70% of the health budget is spent on chronic illnesses, many of which are presented to health service professionals as ‘multimorbidities’ afflicting people with complex longterm psychosomatic difficulties. With escalating costs of health services, and local doctors often under strain due to multiple repeat visits by patients suffering from loneliness or mental illness, ‘social prescribing’ has rapidly grown in popularity in the UK and other countries as a loose term for more positive, cheaper, community-focused approaches to public health. The idea is that many kinds of psychosomatic illness can be prevented or treated through benign forms of social engagement.

If convivial social engagement is often effective for people suffering multiple physical and mental ailments, there is no reason why it can’t also be more systematically promoted for everyone, in the hope that we can not only reduce suffering and save wasteful medical expenses, but also more positively create flourishing societies in which people of all ages and abilities help one another to live wonderful lives.

In other words, there is no reason why our ability to afford effective clinical, remedial services shouldn’t be strengthened by investing in complementary nonclinical, positive, convivial approaches to wellbeing.

A major constraint on further investment in social prescribing is, however, the lack of strong evidence of effectiveness. Although several initiatives have been running for many years, and although anecdotal evidence and commonsense analysis are overwhelmingly supportive, there is a dire lack of robust, systematic evidence of sustainable success of community initiatives in reducing clinical symptoms.

If evidence of therapeutic benefits is hard to come by, it is very much harder to provide scientific evidence that population-wide approaches promoting conviviality and benign social engagement are effective in enhancing the quality of people’s lives. By its very nature, the effectiveness of longterm initiatives promoting happiness in flourishing communities is unlikely ever to be demonstrated with the kinds of hard statistical evidence used to prove biomedical results.