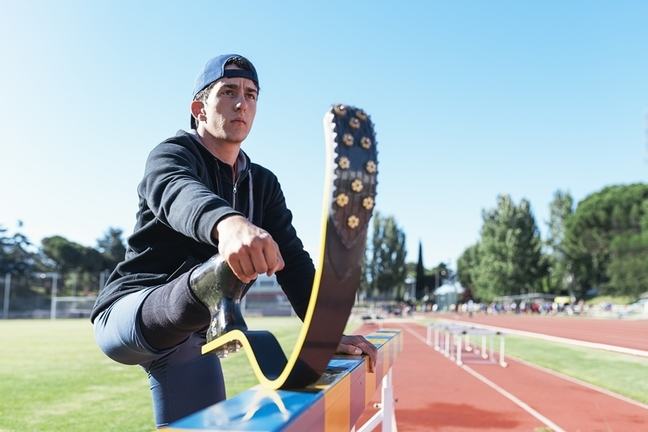 People with physical and intellectual disabilities have played competitive sport for over 100 years. Although each disability group has its own history and organisation, all groups have made important contributions to what is now considered as modern-day para-sport.

How did para-sport evolve?

German neurologist, Dr Ludwig Guttmann, influenced the development of what we now know to be para-sport. He recognised the significance of sport as a method of treatment and rehabilitation for injured soldiers and civilians disabled during combat in World War II1.

At the same time as the Opening Ceremony of the London 1948 Olympic Games, Dr Guttmann organised an archery competition for sixteen injured servicemen and women. This competition was later known as The Stoke Mandeville Games - the event that led to the Paralympic Games which first officially took place in Rome, Italy in 19601. Read more about this via the weblink in the ‘See also’ section below.

Today, the International Paralympic Committee (IPC), founded on 22 September 1989 in Düsseldorf, Germany, is responsible for the organisation of the Paralympic movement. It organises summer and winter Paralympic Games along with other world championships and competitions.

Today, the Paralympics, after much lobbying by the IPC, are held in the same cities and venues as the Olympics demonstrating that two movements exist side-by-side. The Commonwealth Games extend this idea of equality by integrating the para-sport program into the same Games, highlighting the Commonwealth Games Federation’s commitment to equality and inclusion.

The seven para-sports that featured at the Gold Coast 2018 Commonwealth Games are:

To be eligible to compete at the Gold Coast 2018 Commonwealth Games in a para-sport, a person had to have an eligible “impairment type” and the impairment had to have led to a permanent limitation of their participation and performance in able-bodied competition. See the classifications, rules and regulations here.

You may be wondering whether all athletes with the same impairment compete against each other, ie do all those with vision impairments compete under the same classification? Well, the same impairment can vary greatly as the characteristics can differ. So, to address this in an equitable and inclusive way, there are a series of competition categories suited to different disability types and needs.

How to identify the classifications

If you are watching the events, you might like to know how to identify and read the classifications. So, let’s look at some examples. At the Gold Coast 2018 Commonwealth Games, female para athletes competed in six events in athletics including four classifications. Two of these were:

In this case, “T54” is the category used to refer to athletes with a physical impairment comprising muscle weakness, limb deficiency, and/or joint restrictions who compete in a track chair, because they have shoulder, elbow, wrist and hand weakness and no trunk or leg strength (equivalent to C5-6 spinal cord injury; or equivalent joint restrictions or limb deficiency).

Taking a look now at a visual impairment example, “B2” denotes the sport of Lawn Bowls with para athletes competing with a vision impairment defined as, “the ability to recognise hand movements up to a visual acuity of 2/60 (Snellen).”

Who are the ‘Classifiers’?

Para athletes competing at the 2018 Gold Coast Commonwealth Games were classified according to the International Classification Rules for their sport by individuals called “Classifiers”.

In Australia, Classifiers have sport-specific expertise, and have been technically trained and certified by the Australian Paralympic Committee and national sports federations.

With this understanding of how para-sports are classified, we’ll now move on to meet one of Griffith University’s very own para athletes and find out what her journey and experience has been in her preparation for major sport events.

Read the following article and share any comments you have in the comments below.

You may also be interested in reading the links found in the ‘See also’ section below.