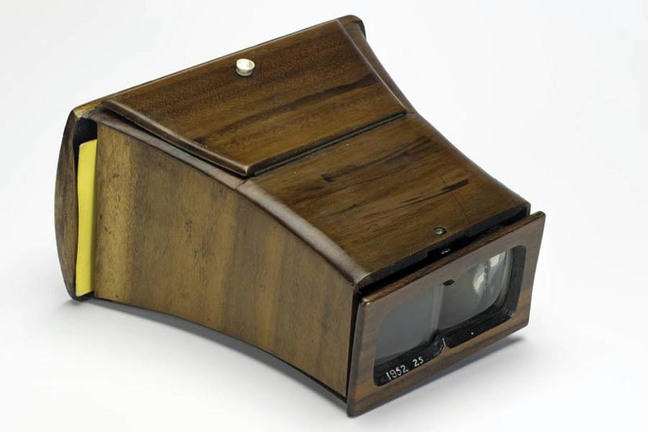 Lenticular stereoscope. This creates a three-dimensional image by showing a slightly different picture to each eye, made after Sir David Brewster's design for direct and reflected light, Great Britain, post 1860. T.1952.25.

Stereoscopic vision had been at the forefront of experimental science since English physicist Sir Charles Wheatstone (1802-1875) demonstrated it at a meeting of the British Association for the Advancement of Science in 1838.

The Scottish physicist, writer and inventor, Sir David Brewster (1781-1868), wrote numerous scientific papers on optics, the nature of light and physiology of human vision placing him at the very forefront of his field. During the course of his investigations, Brewster found Wheatstone’s viewer to be ‘of little service, and ill-fitted, not only for popular use, but for the application of the instrument to various useful purposes’. 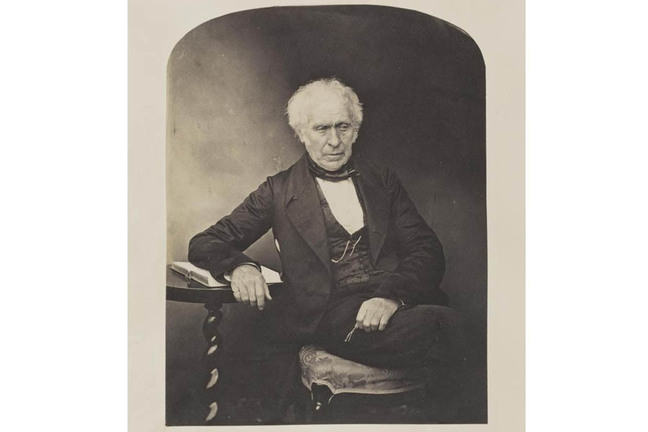 After experimenting with alternative designs, Brewster came up with a simpler viewer, replacing Wheatstone’s mirrors with lenses which were lighter, so that it could easily be held in the hand: Brewster called his device a ‘lenticular stereoscope’. Lenticular means lens-based. 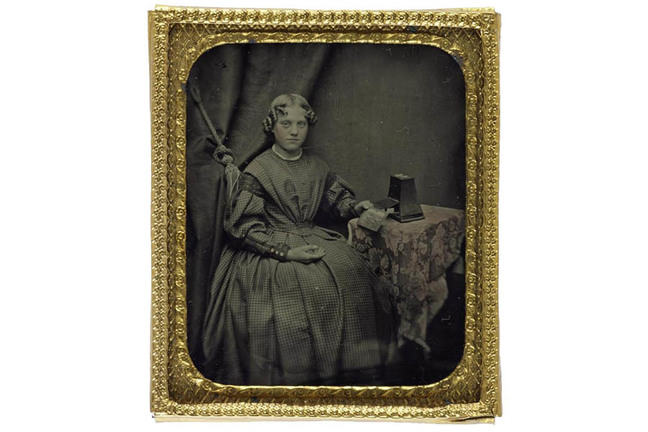 Brewster’s ‘lenticular stereoscope’ was made for him by George Lowden of Dundee and he published his design in an Edinburgh journal. However, disheartened by an indifferent reception in Britain, Brewster visited Paris in 1849 with his prototype, and was introduced to the Parisian instrument maker Jules Duboscq (1817-1886). Duboscq immediately saw its potential and agreed to make a stereoscope to Brewster’s design.