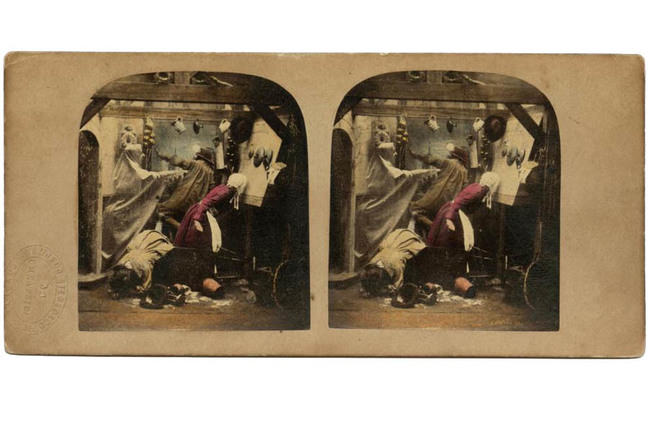 Ghosts in the Machine

Sir David Brewster, who introduced his lenticular stereoscope to the public in 1851 and who corresponded with William Henry Fox Talbot to learn about the latter’s calotype process, first suggested that long exposure times could be exploited to create ghostly images.

The ‘ghost’ would be photographed in a scene with other individuals, but would hold a pose for a shorter period of time, leaving the scene part-way through the exposure of the image. The remaining ‘live’ models would hold their poses for the full exposure time. This method of suggesting three-dimensional and yet semi-transparent figures became popular in literary Victorian photographs. 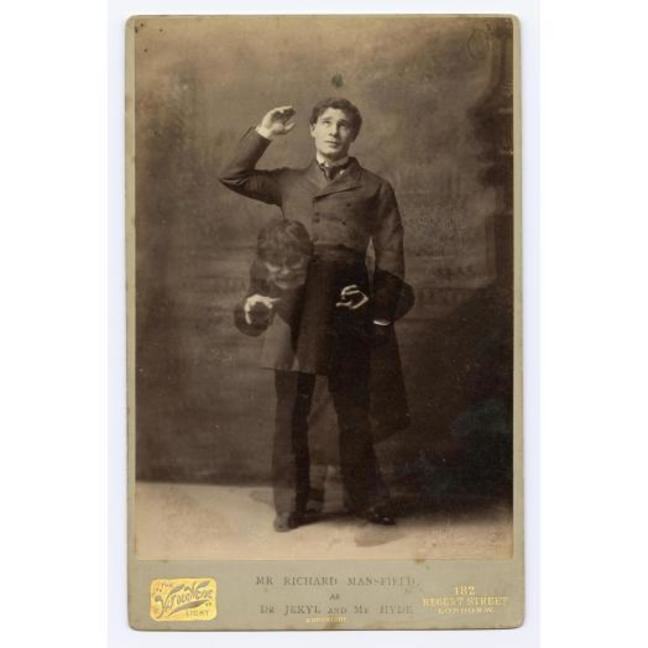 Writers such as Stevenson and Charles Dickens (below) created vivid scenes within their books and these were ripe for reproduction as stereoviews as well as mass-produced engraved illustrations. 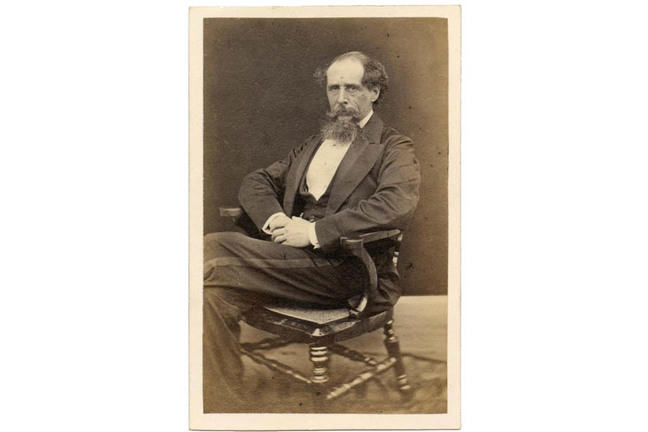 We saw Denis Pellerin discuss in the previous film a stereocard depicting the ghost of (Jacob) Marley talking to (Ebenezer) Scrooge, both characters from Dickens’s ‘A Christmas Carol’.

Pellerin was fascinated by the fact that this stereocard was published while Dickens was still alive, so the writer may have seen a picture like this, of his character creation.

Here are two further examples of a ‘ghost’ in stereo photographs, possibly also re-enacting the story of Scrooge meeting one of his ghosts: 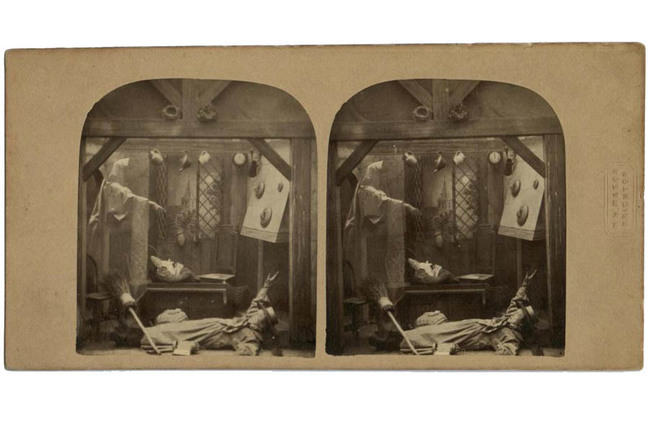 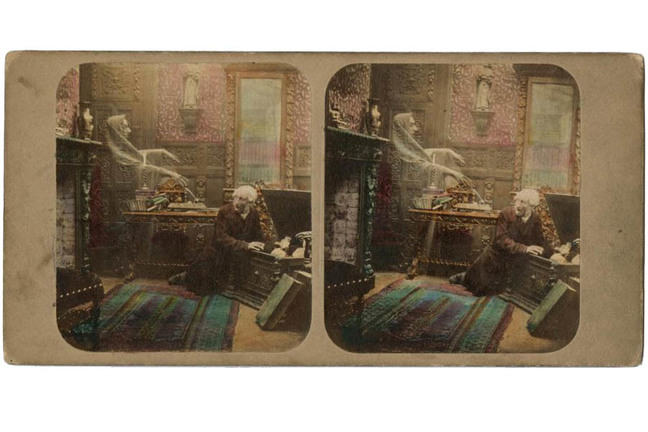 Below is a stereocard depicting woman, possibly on her death bed, with a ghost hovering above her. 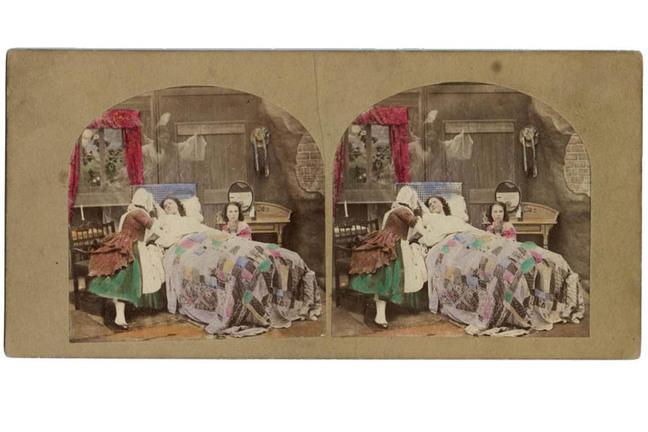 Stereocard depicting a woman on her death bed with an angelic ghost hovering above her and a women and girl at her bedside, by an unknown photographer. IL.2003.44.6.7.27 © Howarth-Loomes Collection at National Museums Scotland