0:08Skip to 0 minutes and 8 seconds Wilson is an interesting man because he’s typical of the mid-Victorian period, someone who came through the Scottish education system. Born up in Foreglen, up in Banffshire, in a remote farmstead and went to a tiny village school. And was educated by a remarkable man out of Aberdeen University, which in the 1820s, was unheard of. The kind of education he was earning was Mathematics, Latin and Greek and goodness knows what else, which was no good to him in farming. And why would they have him receiving this education? But it did, it gave him the kind of curiosity, I think. He then went off and decided to become a painter, an artist.

0:49Skip to 0 minutes and 49 seconds He went down to Edinburgh, went to London, trained in London, visited in Paris, came back from Paris. Settled in Aberdeen, married, set up a portrait studio where he was offering photography and painting alongside each other. And then he started taking photography as his main thing. Timing is everything in this world, isn’t it? I mean, with him it was as much as anything to do with the fact that Queen Victoria, at that point, was showing an interest in taking up residence in Balmoral. And one of its first commissions that really established him was working for Queen Victoria and Prince Albert, photographing the construction of new Balmoral castle. He just, from that point, began to build a really substantial photographic business.

1:32Skip to 1 minute and 32 seconds I would say he was using the model that was around if you were a miller or a factory owner. He saw the way in which you could apply mass production methods, by breaking it down into very small components. And those small components became part of the larger market. And he would use the distribution networks that were then available to him; railway, post, et cetera, to advertise himself. And he became one of the most successful photographers of the 19th century. 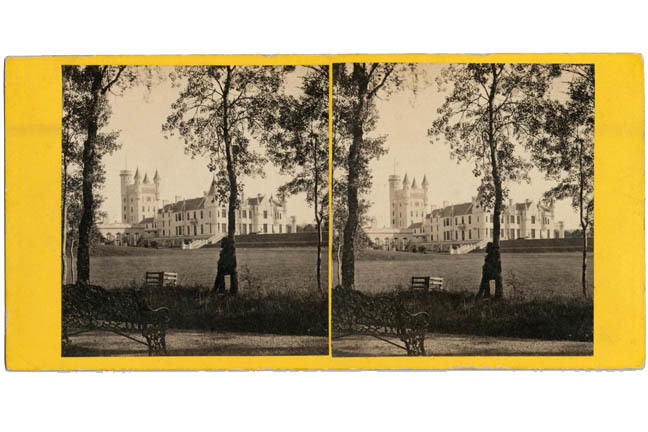