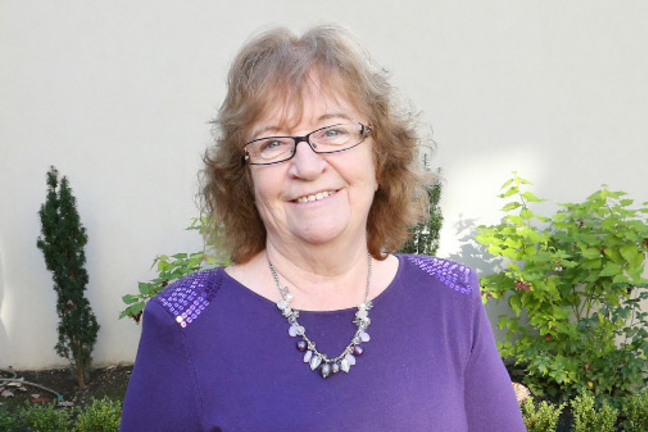 My voice: experiences of being socially engaged – I couldn’t even tell them my name

There’s a black and white photograph on the dresser in Marie Brady’s breakfast room. Two young people look out of the frame. This is Marie and her husband Bobby on the day before they married. Ahead lay marriage and raising five children in Dublin, Ireland.

“I put the photograph there to remind the children that we weren’t always like this. We were young too.”

“I never classed myself as an old person when I moved down to Kilmuckridge. You don’t think of yourself as old; the same, perhaps, with a bit more experience. I didn’t know anybody here though we’d been coming down from Dublin for camping holidays for years. I knew the place well, but not the people. I had to put myself out there and look for stuff to do. I knew I wasn’t going to get a job, as I was 58 at the time. So I joined a local folk group in the church. Now I don’t particularly ‘do’ church but it was a way of meeting people.”

“So I went to rehearsals and I said ‘hello’ to people and sat down. And they said ‘hello’ to me and that was it… and I said to myself ‘Why am I putting myself through this?’, but I kept going back and eventually I got to know people and they got to know me. And the choir director was involved with Wexford Local Development, and she told me that she was trying to get this group going for men and women in Kilmuckridge, and she asked me to go to a meeting. So I got my friend across the road and down we went. This was the start of the ‘Circle Of Friends’, that’s what we called it. For me, it was to be active, about doing things, dance and mind games. It was about fun things to do, encouraging people to come out and meet others.”

This group included people aged from about 58 upwards, the retired and about-to-retire, and the oldest was in their late 70s. As part of the activities, the group did an eight-week Age & Opportunity Ageing with Confidence course, which helps older people to adapt to physical and emotional changes, and make the best of the opportunities that go with them. Topics included health issues, memory loss, emotional, spiritual and sexual issues, and practical problems such as isolation. Generally, the course seeks to equip participants with skills to deal with their own concerns.

“We all sat around in a circle, with two facilitators. They asked us to introduce ourselves but when it came to my turn, I couldn’t speak. I suppose it was the first time that I had to think about my life; this is where I am now in my life; about what I had done with it; this is what’s in front of me; and the first time I really faced up to the question of what I’d do with the rest of it.”

Eventually, Marie found her voice and, as the weeks went on, her confidence grew.

“We talked about all sorts of things: our lives and how people felt; what they wanted; and how we felt about ourselves. It was tough, not just for me but for all of us.”

They put together a fitness and health regime, scheduling talks by professionals and others on ageing, and people there would have their say.

“One person might say that she couldn’t take long bus journeys any more, for example. Then I said, ‘I have a daughter and grandchildren in California and, if I don’t get up and go there, then I won’t see them as often as I’d like.’ So when people talked about things like that, someone else sitting there says, ‘My God, if she can do this, I can do that’ and so we were getting ideas from one another, pushing each other along. I heard people talking about things they thought they couldn’t do and saw how many ended up doing them.”

As part of a European Union Grundtvig programme for people involved in non-vocational adult education, Wexford Local Development was invited to send a group focused on older people’s needs to Krakow in Poland. The trip was to observe the work of a community largely composed of people with autism operating a communal farm. Marie was a member of that group, which went on to become an educational exchange.

“And when it was all done, and the visitors had gone home, I was so proud of what we did. We were just a crowd of ‘aul wans’ (old ones) if you like, but we really put our back into entertaining and seeing that they got some value out of their visit and it worked.”

After this experience, Marie’s horizons widened. She joined the executive body of Co. Wexford Age Equality Network and became involved in the Defend the State Pension campaign in 2010. She proposed collecting signatures for petitions supporting the state pension outside post offices on the day the pensions were paid. Marie now attends events and seminars promoting positive approaches to ageing and the diverse lives of older people.

Reading about how Marie became socially engaged with her community: